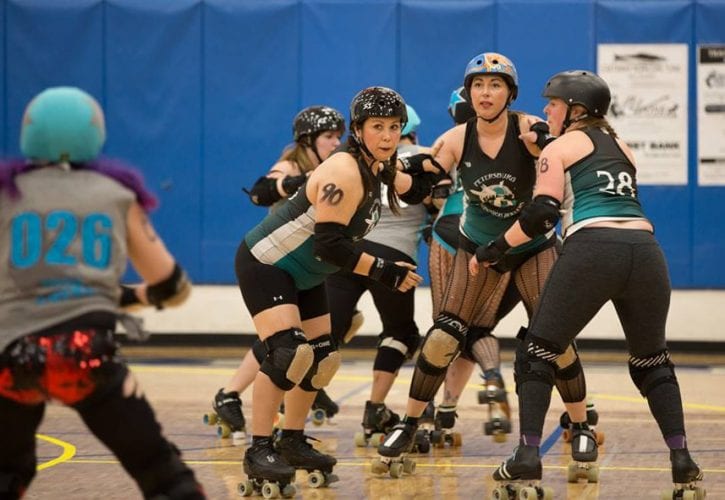 Victoria Moore, aka Deckem, number 90 skates with the Petersburg Ragnarök Rollers at the Petersburg High School gym in May of 2017. (Photo by Rocket Raptor Films and Photography)

A Petersburg woman will be taking on some of the best skaters in the world next year at the Roller Derby World Cup in Manchester, England. 45-year-old Victoria Moore, who will go by her derby name of Victoria Deckem for the World Cup, is one of 20 skaters who made Team Indigenous Roller Derby. She’s the only Alaskan on the team, made up of First Nations and Native women from around the globe. That team will be among the 40 competing at the world cup next February.

Moore’s journey making the team started this year when a teammate on the Petersburg Ragnarök Rollers tagged her in a Facebook post. She applied, sent in a tryout video and made the cut. Joe Viechnicki spoke with her about the opportunity.

Moore thinks the team is raising awareness about indigenous culture and the challenges they face around the world and hopes to learn more as she trains for the world cup.