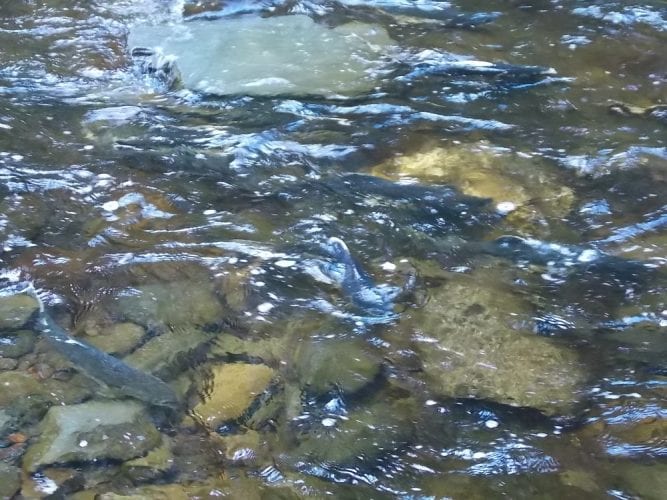 The group Stand for Salmon proposed an initiative requiring water quality standards in anadromous fish streams and giving the commissioner of the Alaska Department of Fish and Game greater authority to deny a development project if it would harm or alter salmon streams. Supporters of the measure were hoping to gather signatures and get the proposal on a statewide ballot. One of the initiative’s sponsors, Mike Wood of the Susitna River Coalitiion and Su Salmon Company, reacted with disappointment over the state’s decision.

“Since statehood you know we had a very strong fish habitat permitting system,” Wood said. “It’s been whittled away from administration to administration over the years in favor of industry and development. And we’re just trying to restore it back to where it was originally intended, to have some teeth and not just stop projects but to be sure to give everybody on both sides assurance that if development happens it will happen in a way that will not impact our fish resource.”

Mallott’s decision can still be appealed. Wood said the group may look to challenge the state’s decision in court.

The proposed law could have made it more difficult to develop proposed projects like the Pebble Mine in the headwaters of Bristol Bay or a dam on the Susitna River.

Assistant attorney general Elizabeth Bakalar recommended against certifying the initiative. In an opinion, she wrote the proposed bill would deprive the legislature of its exclusive discretion to allocate state assets among competing needs. She wrote quote “The initiative contains restrictions and directives that would require the Commissioner to reject permits for resource development or public projects in favor of fish habitat” unquote.” She noted this version of the proposed law was similar to one already withdrawn by the bill sponsors because of constitutional concerns cited by the state.