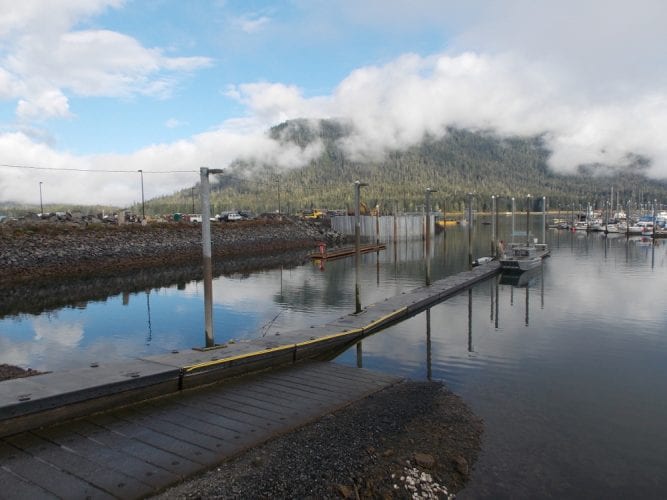 The borough assembly Monday voted again to move forward with a dredging study for Petersburg’s South Harbor and approved purchase of software for fire and EMS reporting.

The borough will sign an agreement with the U.S. Army Corps of Engineers to study the best course forward for dredging South Harbor. Cost of the dredging could be around five million dollars. Just to study that work is expected to cost 750-thousand dollars. The agreement spells out that the federal agency picks up the first 100,000 of that and the splits the remaining cost with the borough. That means the local tab could be up to 325,000 dollars on the study alone.

Harbormaster Glo Wollen explained that if the work is done the Corps would become responsible for future dredging in the South Harbor basin. She said the federal agency similarly did dredging work for Petersburg’s North Harbor. “They really were wonderful to work with when we did the North Harbor, they actually held off for a year over a year and let us get our act together to get a new harbor so we could combine the two projects,” Wollen said. “So that’s the extent of their involvement, wouldn’t be providing a new harbor, it would be providing the basin to put in a new harbor.”

The Corps paid three and a half million dollars to dredge Petersburg’s North Harbor in 2013, clearing the way for a new float system. It’s estimated that the sand and mud that needs to be removed in South Harbor could be double the amount of North Harbor.

At one time the borough had hoped the Petersburg Indian Association could be a sponsor or potential funding source for the work. However, paper work requirements by the federal agency put that partnership beyond the reach of the local tribal government.

The assembly last October approved signing the agreement with the Corps after approving a line item in the borough’s budget earlier that year. At Monday’s meeting, assembly member Nancy Strand pointed out the assembly had already approved the agreement. Nevertheless they voted again 5-0 a second time to authorize the borough manager to sign the agreement.

Borough staff after the meeting said there was confusion about whether they were given the go ahead already on the issue but now it’s clear they can proceed.

The assembly also voted to approve a sole source purchase of software for the fire and emergency medical services departments. It’s a three-year contract totaling over 17-thousand dollars and will help fire and EMS director Sandy Dixson and fire marshal Ryan Welde in making reports to the state government. Dixson told the assembly that those reports are currently filled out on paper.

“So I fill out a form and I have to hand go through each of our run sheets and identify the reporting points that they need and I submit them to Southeast region EMS, who then put them in electronic format and submit them to the state,” Dixson said. “Ryan currently uses an Alaskan incident reporting system for fire but this will allow him to report directly. So there’s lots of room for error. It’s not mandatory that we submit electronically at this point, but it’s coming.”

Jeigh Stanton Gregor was the only vote against the purchase but it passed 4-1.