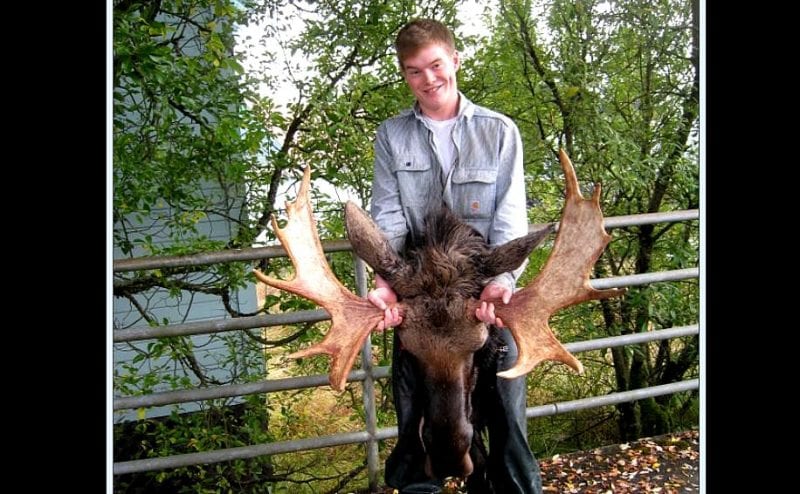 Chad Lopez of Petersburg poses with a moose he legally killed in the Unit 3 hunt. The hunt closed Oct. 15. (Photo courtesy of ADF&G)

117 moose were taken in this fall’s moose hunt in Unit 3 near Petersburg , Wrangell, and Kake. That’s the most on record since 2009, when this kind of antler hunt started each fall.

Last year there were 111 moose taken.

The Alaska Department of Fish and Game relies on harvest data to gage how the population is doing in Unit 3. They can’t do surveys in the area because it’s too forested to see moose from the air. The last moose study that was done was in 1984 on the Stikine River.

Rich Lowell is the Area Management Biologist for the Alaska Department of Fish and Game. He talked with Angela Denning about the hunt and says recent harvests look promising.

Twelve of the 117 moose were illegal because they didn’t comply with the antler restrictions. That’s an average ratio for the hunt.

Hunters are required to turn in their hunt report cards whether they caught a moose or not.

Here is another breakdown of the moose harvests: