Vikings will volleyball region title, bound for state along with Wrangell Wolves 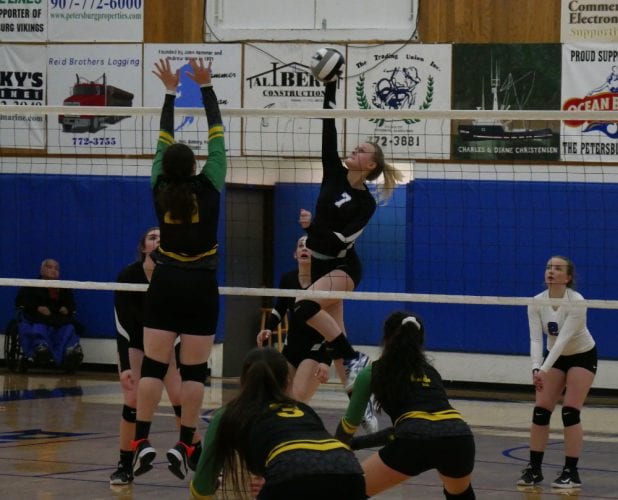 PHS senior Courtney Fredricksen (#7) spikes the ball against Craig during a semi-final match at the region five 2A tournament in Petersburg Saturday, November 18, 2017. (Joe Viechnicki/KFSK)

The Petersburg High School volleyball team secured the region five 2A title in front of a home crowd Saturday night. The Vikings played three matches Friday and Saturday and didn’t drop a game to Klawock, Craig and Wrangell. Both Petersburg and Wrangell will advance to the state tournament next week in Anchorage. Joe Viechnicki spoke with coach Jaime Cabral about the regional tournament and his team’s goals for the state tournament.

The Vikings open up the state tournament Thursday November 30th at 3:15, with Unalaska the likely first opponent. It’s a double elimination tournament. 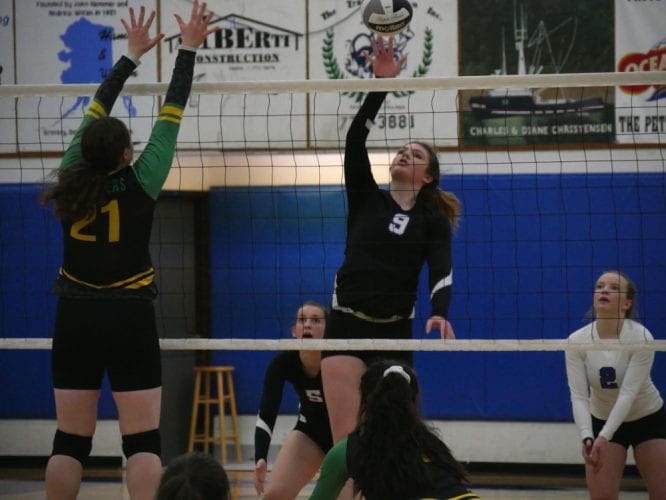