One man Star Wars on stage in Petersburg 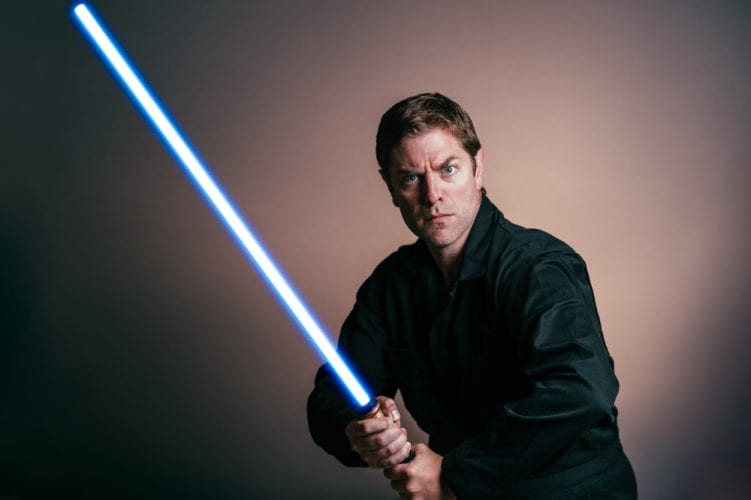 Hard core fans of the Star Wars movies along with everyone who’s giggled at a line from the movies or cringed at the acting should be entertained by a one-person show Monday in Petersburg. Charlie Ross has been performing his take on the three original movies called One Man Star Wars Trilogy nearly 17 years. His act has been endorsed by Lucasfilm and he’s performed it around the globe. It’s just him, no props, for 75 minutes on the stage and Ross does all the voices and sound effects. He also pokes fun at the iconic movie series. Joe Viechnicki spoke with Ross about the show and how it came about.

It’s Ross’s first time performing in Alaska. He’s also appearing in Talkeetna, Kodiak and Anchorage. The show in Petersburg is sponsored by the arts council and is at 7 p.m. Monday, November 27 at the Wright Auditorium. Tickets are on sale at Lees Clothing or at the door.