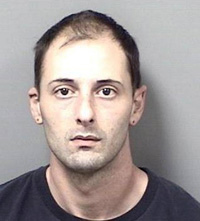 Authorities have an arrest warrant out for a Petersburg man for allegedly possessing child pornography.

A grand jury in Juneau on Thursday indicted Kanin Robert Grant, also known as Robert Carle, on twelve counts, according to the Department of Law. The charges were the result of an ongoing investigation by the Alaska Bureau of Investigation’s technical crimes unit.

In a press release, the Department of Law said Grant was previously a resident of Citrus County in Florida and has outstanding warrants there relating to allegations of animal cruelty. Anyone with information about his whereabouts or activities is asked to contact Alaska State Trooper Robert Bressler with the technical crimes unit. The phone number is 907-269-5511.