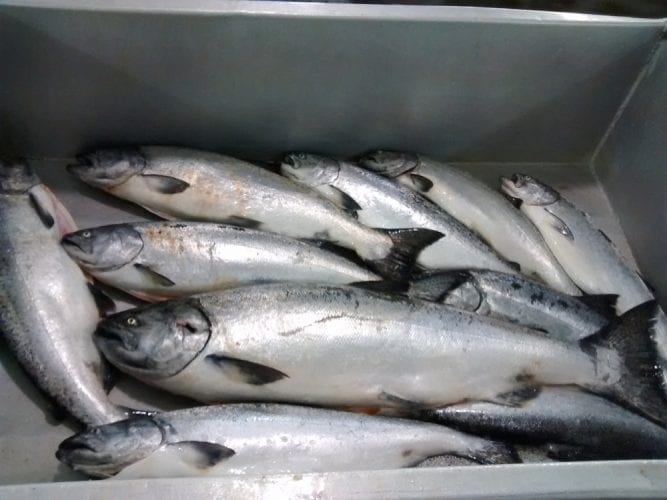 Commercial trolling for king salmon in Southeast Alaska will stay open this winter beyond December.

The Alaska Department of Fish and Game announced the winter season will be open until further notice and could stay open until mid-March. That depends on any measures the Board of Fish adopts in January to protect wild Chinook returning to Southeast Alaska rivers. Historically low returns in recent years have prompted some conservation measures, including a region-wide shut down for king fishing in the summer of 2017.

Earlier this year, fishery managers had some discussion about not opening the winter season at all but ultimately decided to allow some fishing. Generally fishing in the early winter produces a lower proportion of kings originating in Southeast Alaska rivers and more fish that come from British Columbia and the Pacific Northwest of the U.S.

Fish and Game says it will continue to monitor the king salmon catch to minimize the impact on wild Chinook from Southeast.
The department has produced the lowest forecasts ever for returns to the Stikine and Taku rivers in Southeast Alaska next year and expects restrictions on all commercial and sport fisheries around king salmon returning to those and other Southeast systems. Those fish return to spawn in the spring and summer.

The winter season opened October 11th. After 10 weeks of fishing, trollers had caught just over 63-hundred kings. The price has averaged 10 dollars and 63 cents a pound for the season but has climbed as high 12 dollars and 36 cents a pound by mid-December. Fishing effort started with 150 permit holders making landings but has dropped to as low as 11 permit holders in mid-December.