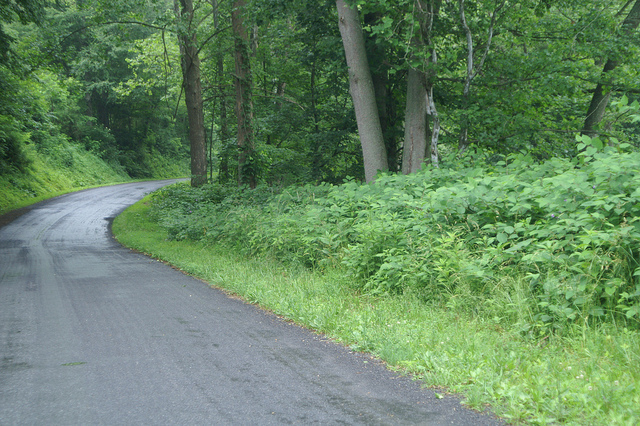 (Photo from the U.S. Fish and Wildlife Service Northeast Region via flickr/creative commons)

The Petersburg borough will apply for grant money to spray an invasive plant with herbicide. Petersburg’s assembly Tuesday agreed to seek the grant money for a small spraying program to control Japanese knotweed despite opposition to spraying proposals in the past.

Local resident and U.S. Forest Service employee Joni Johnson asked the borough to apply for grant funding from the Copper River Watershed Project. Johnson proposed using the money to contract with the Southeast Alaska Watershed Coalition to do some limited backpack spraying on several sites with the invasive plant.

Johnson thought the work would cost under 6000 dollars and some would be volunteer. She told the assembly why she was hoping to control the plant. “The Alaska (Natural) Heritage program has kind of ranked invasive species and knotweed is one of the nastiest ones and when you look at Oregon and Washington and how it’s monopolized riparian corridors and the effects on the food web there,” she explained. “I guess that’s kind of where we’re trying to get ahead of that and we have isolated populations on this island particularly with just developed areas and I like it if we could get rid of it here, if we could do that.”

Johnson requested the borough involvement because the grant money is available only to non-federal organizations. With the Forest Service she uses herbicide on knotweed on Tongass National Forest land in the area. She also said the Petersburg Indian Association has done some manual removal in the area. Johnson and several others have also been working to control knotweed on a volunteer basis and she thought the problem is growing.

“You know when I was teaching I knew about knotweed, I kinda was like OK I know it’s there it drives me crazy but know that it’s also part of my job description as a Forest Service employee, just driving down the road and now seeing how the brush gets in the right of way and the brush cutter is spreading it down,” she said. “Or just seeing that as people are developing land, they’re digging up the knotweed and taking it up to the fill site and disposing it. So it is just in the last year even, three different locations where it’s now been moved elsewhere. So thought we were doing OK but now I’m like oh we’re behind the ball a little bit.”

Johnson said the spraying would be done with a five gallon backpack sprayer using an aquatic-approved form of glyphosate, called Roundup Custom. She said there’s about three acres mapped on the island and thinks that would require a total of 13 ounces.

“So anyways it’s very targeted and it’s very controlled but it is a poison,” Johnson said.

Johnson answered questions from assembly members about her plans for the spraying. The borough has opposed larger proposals for herbicide spraying in the past, whether it was proposed for vegetation control along state highways or forest treatment on Native corporation land. Local elected officials have even discussed a ban on herbicides and pesticides but never passed such a law.

“I’ll be voting for this today despite my reservations about this particular herbicide,” said Jeigh Stanton Gregor. “It is as Ms Johnson said is a real nasty one and I was very against the broadcast spraying. I still wrestle with it being we have such sensitive fish habitat, but the sheer limited amount of herbicide treatment we’ll be using compels me to vote for this.”

Another assembly member Eric Castro, who also works for the Forest Service, did not think the impacts warranted voting down the request. “Should be relatively negligible compared to the effects it will have, or the benefits it will have for the community without having this knotweed polluting our area,” Castro said.

The spraying could happen on private land where property owners agree, along with borough land and along the state owned Mitkof Highway. A borough employee could be trained to do some spraying on lands owned by the municipality as well. The vote was unanimous to approve the grant application.