School projects in Petersburg in line for state maintenance money 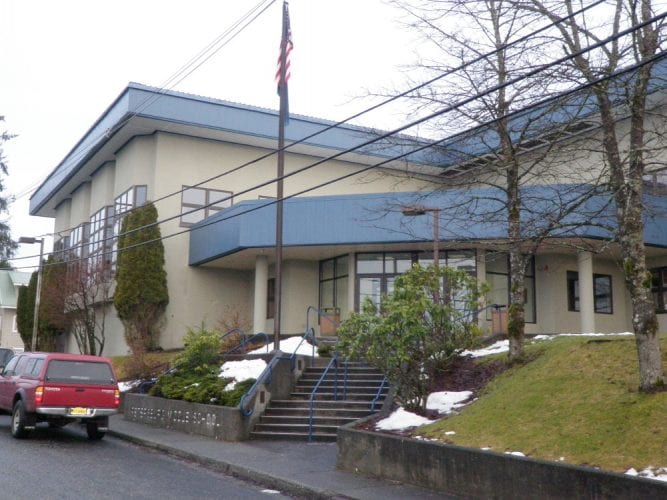 Petersburg’s school district has been notified it should be receiving some state funding for projects, some that have already been completed and one that’s already started.

Superintendent Erica Kludt-Painter reported that news to the school board this week. On a radio call in show Tuesday, Kludt-Painter explained that these are projects the district applied for state funding for several years ago.

“I think they finally have recognized that you can only forestall all this so long and eventually projects are going to build up, buildings are going to end up in more disrepair,” Kludt-Painter said. “They’re sort of shooting themselves in the foot so… Literally two days before Christmas vacation we got a letter, three letters from the state saying that three of those projects from the past, have been on the list for many years, will likely on be on the list to be funded.”

This year’s state capital budget added over three and a half million dollars into a major maintenance grant program that will pay for a backlog of unfunded projects.

Maintenance director Dan Tate told the school board Tuesday night that the district has already completed some of the work. “Three of our already completed projects were earmarked for these funds, the 2015 boiler replacement project, our 2016 boiler project and the 2015 gym/mat room LED light project,” Tate said. “All total that’s about 92,000 dollars potential return to the district.”

The district replaced two boilers that heat the middle and high school building and gym along with lighting in the gym and wrestling mat room. Petersburg would be reimbursed for 65 percent of the cost of those upgrades.

Tate also said a 1.6-million-dollar project for food service is also in line for state money. The schools applied for funding to renovate the cafeteria in the elementary school and create a new food service space in the middle and high school building. That work would include new equipment along with new mechanical and electrical systems.

“As most are aware due to the years of funding deferment, we kinda got started on our own little light version of the project,” Tate said. “We did that two summers ago by creating the Viking café and as of this fall we had made some progress on the high school kitchen ourselves on the infrastructure we got the plumbing and the sewer in. The district though has endeavored to follow the architect’s design, as closely as possible, just for this potentiality. So I therefore anticipate we’ll have a very smooth hand-over to the general contractor once one is chosen.”

The district started seeking the state money for the food service project as far back as 2012. Tate hoped the construction could start this spring and be finished in time for next school year.

In other school news, the board heard about two possibilities for next year’s school calendar. One alternative would be the same as this year’s. A second possibility would have classes starting a week earlier in August and ending a week earlier in May. Administrators asked for feedback on the proposals and the board is expected to vote on a calendar in February.