Commentary by David Beebe – If a tree falls in a forest and no one is around to hear it, does it make a sound? 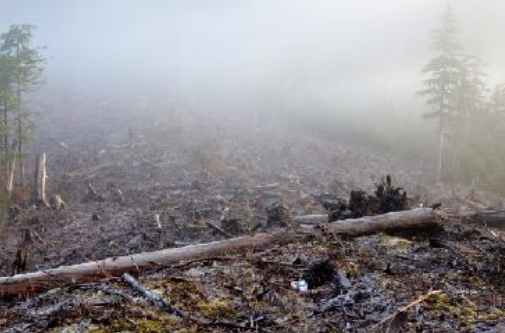 KFSK has an open airwaves policy. We encourage the public to express opinions, ideas and creative works.

The following was submitted for broadcast by DAVID BEEBE:
This transcript was provided by David Beebe: 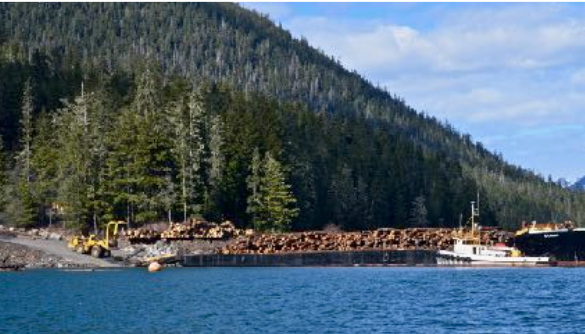 “If a tree falls in a forest and no one is around to hear it, does it make a sound?”
We’re all familiar with this thought experiment in observation and perception.

So what if an investigation by the Washington Office (WO) of the US Forest Service
visits the Petersburg, and Thorne Bay Ranger Districts reviewing the Tonka and Big
Thorne timber sales.? And they conclude in a report never intended to be made public,
that thousands of trees fell in our public forest illegally? Does it make a sound in local
newsprint when finally revealed? Not a peep was heard from the Petersburg Pilot on
what would surely merit the highest level of local, and regional if not national
newsworthiness.

Does the loss of millions of dollars in revenues to the communities of Petersburg and
Thorne Bay make a sound on local public radio? Well, no. Although there were two
CoastAlaska news reports, the first one misleadingly claimed the agency findings of
fact were merely “accusations” of an “environmental group.” The title of the second,
news report would have us believe the Big Thorne timber Sale was “short on timber,”
and simply “a mistake.” At no time was the Tonka timber sale out of Petersburg ever
mentioned in either of the stories.

A timber sale requires a contract which once signed, is a binding legal agreement
enforceable by law. The WO investigation team, determined the contract was neither
enforced, nor could a valid copy be provided upon request. But that’s not all. Many
more records necessary to assure proper oversight of millions of dollars in public
resources were also found— to not exist.

There’s one of two possibilities here. Either public records exist, necessary to assure
the public that laws were followed — including the prevention of timber theft — or
those records were destroyed to protect the perpetrators.

These systematic failures to comply with law on two different ranger districts in two
separate timber sales can hardly be a “mistake.” And the latest public meeting of the
Petersburg Ranger District announcing the Central Tongass Landscape Level Analysis
has some serious credibility issues to resolve. When those issues were raised by the
public, they were disregarded by Forest Supervisor Earl Stewart, and they were also
ignored by the CoastAlaska reporter.

Large-scale timber theft on the Tongass has been well documented in a white paper
published in 1996. 20 years later, all the carefully designed agency methods to assure
that this doesn’t happen again were systematically ignored in the Petersburg and
Thorne Bay Ranger districts.

So either there is a system of gross maladministration, mismanagement and
incompetence on the Petersburg and Thorne Bay Ranger Districts, or there exists a
conspiracy of willful disregard of agency protocols, public trust, and public laws.
As Ani Difranco has noted, freedom of the press is meaningless if the press refuses to
ask questions. News production is often referred to as the first draft of history, and this
astonishing investigation revealing millions of dollars of taxpayer losses to the
Petersburg borough and the community of Thorne Bay never made the news roundup
of 2017.

This April 4th will mark a full year since the public was first alerted to this Washington
Office investigation, and it is time to hold accountable, not only the agency
perpetrators, but the gatekeepers of local news.

A forensic accounting of this matter is essential.

KFSK encourages public expression of opinions, ideas and creative works. Views and opinions expressed are not necessarily those of KFSK.
For information, please call general manager, Tom Abbott at 772-3808.