Renovations planned for Petersburg schools this summer and fall 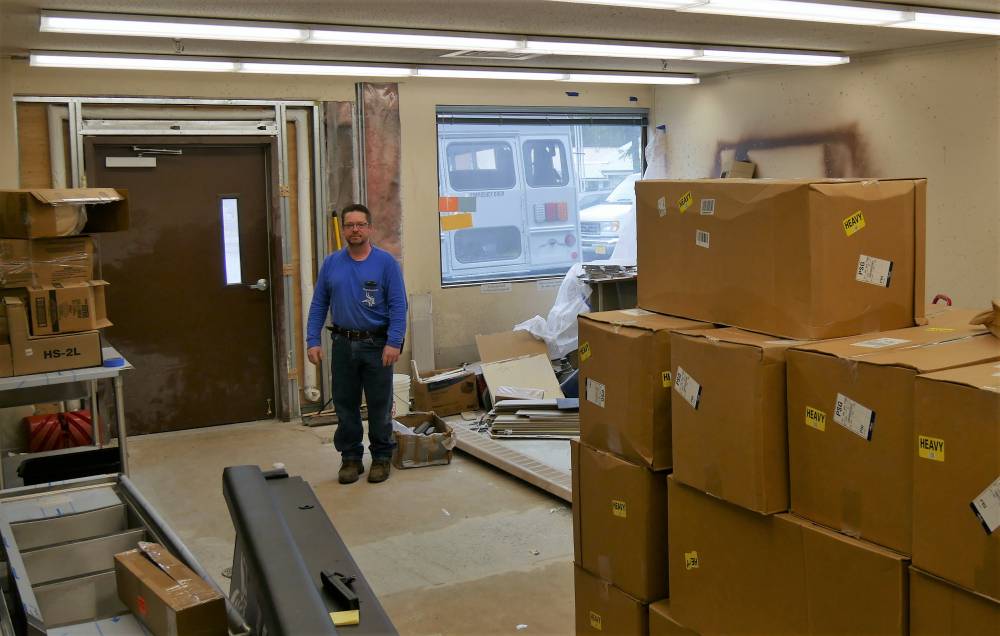 Petersburg School District Maintenance Director, Dan Tate, stands in what will be the first ever kitchen in the middle and high school. (Photo by Angela Denning/KFSK)

Remodeling projects inside Petersburg’s schools will be happening this summer and next fall. They include building a kitchen in the middle and high school, expanding the elementary school cafeteria, and switching up the kindergarten and special education classrooms at the grade school. KFSK’s Angela Denning has more:

Construction will begin this summer at the elementary school by creating a sort of kindergarten wing across from the cafeteria. It will basically take two existing large classrooms and add an ADA compliant bathroom in between them that the kindergarteners can use.

Teri Toland, the elementary school principal, says the rooms will be specifically arranged for kindergarteners.

“There’s a little bit of increased space for projects and activities such as sand tables, water, things like that that will need some linoleum underneath them,” Toland said, “and an extra sink area, also some restrooms that can be accessed by the kindergarteners.”

One of the old kindergarten rooms—now Erin Willis’ classroom—will become a special education classroom and part of its current storage space will move over to the kitchen.

“So we’ll have a freezer inside instead of outside,” Toland said. “That freezer needs to be replaced and so the freezer will be inside, there will be more space for dry goods, an office, a regular kitchen.

The other kindergarten room—Becky Martin’s room now—will be used as an extra classroom for the school for storage and extra student activities.

The after school program, Eagle’s Nest, run by the Petersburg Children’s Center, currently leases two classrooms from the school. One of those rooms will be absorbed into the kindergarten wing. The other leased classroom will be switching with the music room across the hall. That will put distance between the music room and the kindergarten rooms during the day. The school plans to find additional space for the after school program.

“And so we’re working on how we’ll accommodate that extra room for them,” Toland said. “They have lots of kindergarteners and so it’s important. They’re our kids too and so we want to make sure that they have a good place and a good after school program.”

The kindergarten classroom changes will all be done this summer by the school district’s maintenance department. Director, Dan Tate says the project will be about $8,000, which will come out of the maintenance fund.

“It’s really not a huge project,” Tate said. “In fact, those classrooms are move-in ready if we didn’t have to move the bathroom facility in the middle.”

The larger project is further down the road; the work at the cafeterias at both schools. That’s expected to start sometime in the fall.

The middle and high school will be getting the first kitchen they’ve ever had. The space in the current café room will be expanded to accommodate all 100 or so middle school students eating lunch at the same time. 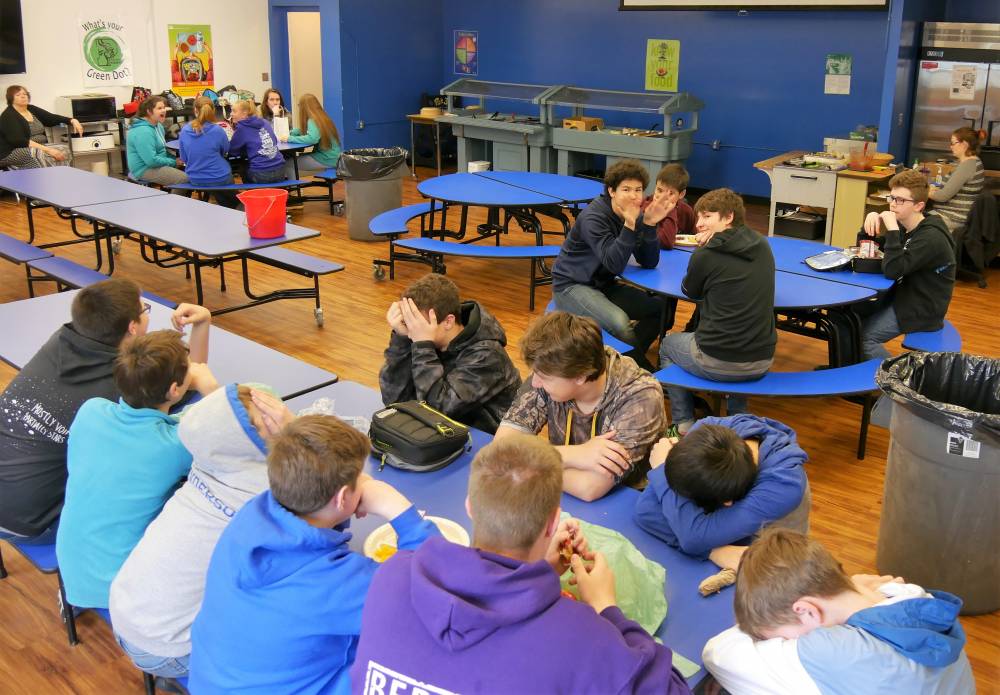 Middle school students eat in the school’s cafe, which will be connected to a new kitchen in construction planned for next year. (Photo by Angela Denning/KFSK)

Rick Dormer is the middle and high school principal.

“We’d like to have everybody go to recess first and then come in and get their food. That’s kind of the best way to do it,” Dormer said. “Right now we split it up, which take more time, there’s more transition, uses more staff running back and forth trying to get their lunch. So, we’re hoping it will streamline and make it a better experience for the kids.”

Funding for the $1.6 million cafeteria project was thought to be secured by the state six years ago. It was then pulled with other state capitol projects during the financial crisis.

While the district was waiting on that funding, they decided to start making improvements to the middle and high school themselves. They created a café in an old band room near the gym where the students can eat.

In late December, the district found out that the state funding was finally approved and so they decided to halt their construction and go back to the architects.

“And that posed a few problems for the district,” said Tate. “We thought okay, we better stop at this point, let the architects get back involved, see what we’ve done and then make sure that the plan met our current needs and those have changed. And that’s also delaying the project right now.”

Dormer says besides providing students a better place to each lunch, having a kitchen for concessions to be made and served will be hugely beneficial. It will allow students to earn money for their activities.

“Fingers crossed, hopefully by the middle of next year have a place where we can cook burgers in the evenings for the basketball games and then have our healthy lunch that Carlee Johnson does such a great job preparing for our kids will be in that area served,” Dormer said. “So, that wall will disappear and we’ll have a bigger area. We’ll be able to seat more students or more adults in there.”

The grade school cafeteria construction won’t happen until after the high school’s cafeteria is built. Even though it’s likely to be when students are in session, Toland says it won’t affect their learning.

“We’ve been through renovations before. We’ve had walls off,” Toland said, laughing. “And so, we know that we can do this during the year and not have it be a huge distracter for us.”

She says the planned renovations to the elementary cafeteria will bring it up to code.