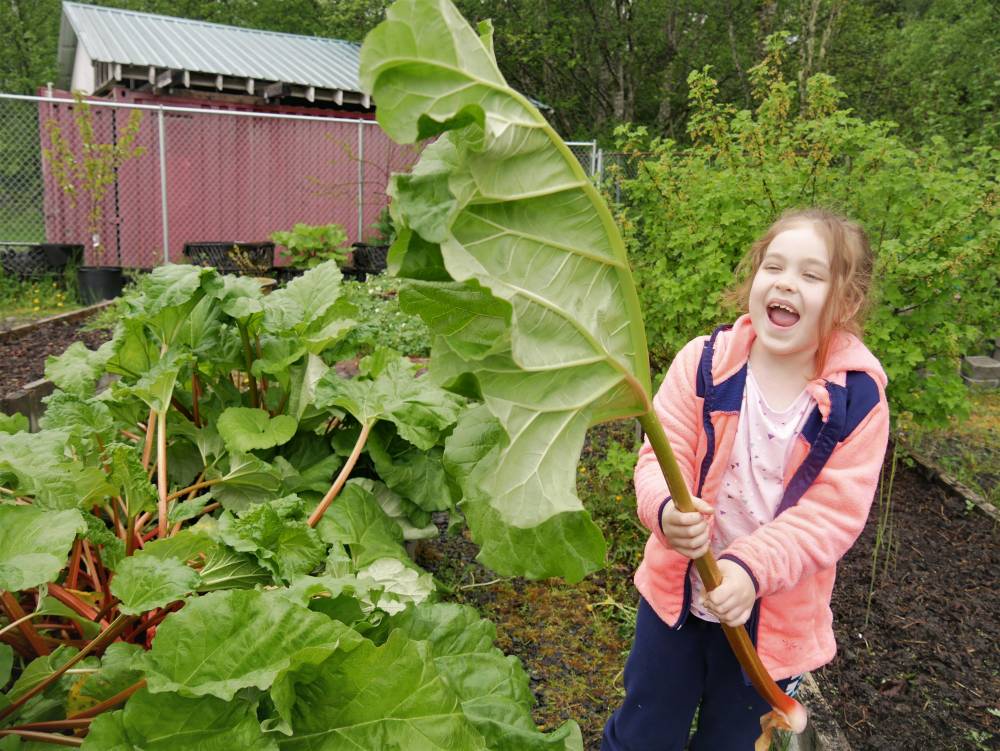 A gardening project run by the Petersburg School District teaches local kids how to plant, harvest and eat healthy produce. As Angela Denning reports, the Sprouts program also helps feed the students throughout the summer.

There’s a huge garden growing behind the elementary school in Petersburg. And it’s harvest time. . .at least for the early season rhubarb.

“So I want you to find a nice big fat one,” Sargent said. “Follow the stem all the way as close to the bottom as you can get and then twist and pull.”

Sargent has been coordinating Sprouts for the school district for three years but the program’s been around for twice that long. It involves students in kindergarten through high school. The older students use the garden to grow herbs for their culinary class.

Each grade school student visits the garden a few times in the fall and again in the spring. Sargent says they can usually start planting in March.

“As soon as the nights are steadily into the 20s then there’s a small heater in the greenhouse and that keeps it from freezing overnights but it’s enough to add about a month to the season,” she said.

Most of the produce ends up in the school cafeteria’s salad bar but occasionally staff makes rhubarb desserts and smoothies.

In the summer, there’s an optional week long gardening camp. And a free lunch program feeds students June through August.

“Pretty much for the whole summer lunch program all the greens come from the garden–salad bar things, carrots, radishes, greens, peas, then later in the fall tomatoes,” Sargent said.

In turn, the school’s cafeteria supplies the garden with all of its food scraps for compost. 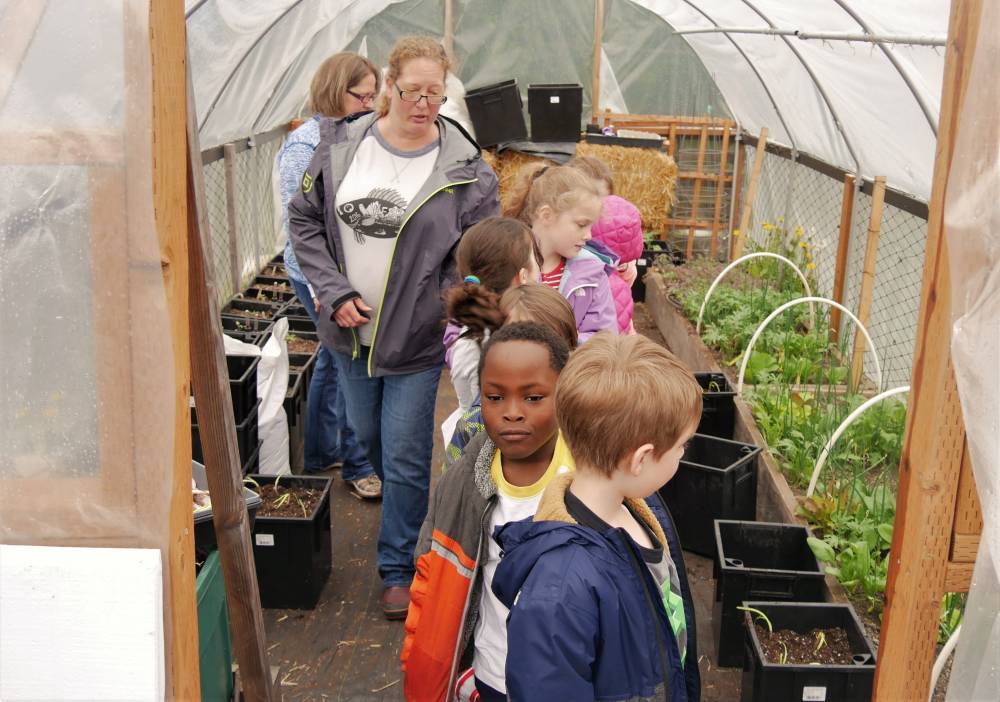 The garden has a greenhouse for seedlings and more fragile plants like tomatoes. There’s also a hoophouse, a half cylinder made mostly of clear plastic.

Inside the hoophouse it’s a little warmer than outside and it’s protected from the rain.

Sargent splits the students into small groups and directs them to move dirt from a wheel barrow into large pots lined out on the ground. Each group has their own pot to fill. After they’re done, Sargent passes out onion starts.

“Take your finger and poke a hole in the pot, sit your onion in your hole, and cover the roots back up,” Sargent said.

Sargent says she enjoys the kids seeing the whole gardening cycle, from the planting to the harvesting. For potatoes, that means kindergartners plant them in the spring and then harvest them in the fall as first graders. 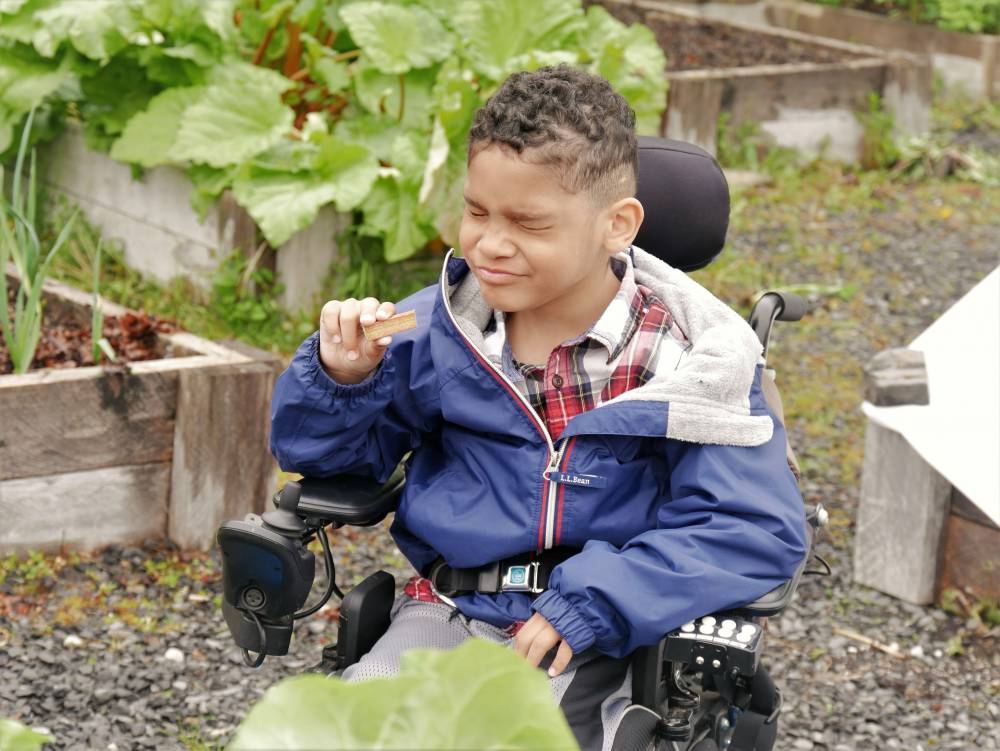 “I think it’s really great for the kids to get out here and to see where some of their food is and get the chance to eat it too and know they grew the things that they’re eating,” she said.

Funding for the program is a mix of small grants, fundraising, and donations. And in the summertime, Sprouts sells extra produce that’s not consumed in the lunch program.

The long term goal is for year round gardening. Sprouts would like to add another greenhouse near the school building to use a steady supply of waste heat from the furnace. That could allow plants to grow in the dead of winter.