State road near Petersburg to get more chip seal in July 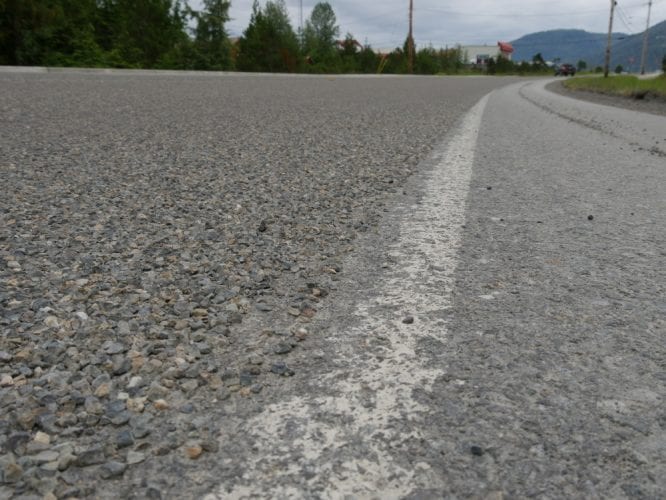 Motorists be warned. Mitkof Highway near Petersburg will be getting more chip seal this summer. The Alaska Department of Transportation is planning to start sealing the pavement on the highway south of Papke’s Landing, about 10 miles south of town, after the July 4th holiday.

Lance Mearig is the DOT’s Southcoast region director and explains the work is meant to preserve the existing asphalt surface.

“So we are attempting to maintain our pavement in the state of good repair, so that we don’t have to do these full reconstructions,” Mearig said. “So that chip seal preserves the surface for about five years.”

The state is doing the chip seal work, not contracting out to a private company. A state crew of about 15 people, including some local DOT employees and some flaggers have been hired for this job. They’ve already started work on an upgrade of the unpaved portion at the very end of Mitkof Highway. That will be getting a repaired gravel road base with eventual chip sealed surface.

In July the state crew will be adding that same surface to the paved highway, working south from Papke’s Landing to the mothballed state ferry terminal near mile 25 of the highway.

Last year the DOT chip sealed several road segments, including Mitkof Highway out to Papke’s Landing. Loose chip seal material cracked windshields and chipped paint and had the DOT fielding complaints and claims from vehicle owners. Mearig said those loose chips are an expected part of the work.

“We put down some oil,” he explained. “We over coat it with these chips, these uniformly-sized rocks. Then we compact that into the surface but then traffic completes the job for us and wears that in. Or it moves the loose stuff to the side. So eventually it’s clear of loose material. But it takes some time. But that’s the chip seal process. So that will continue. There will be loose material until it sets, until we get it cleaned off or traffic cleans it off.”

During the project, motorists can expect one lane of traffic and delays but Mearig does not think there will be full road closures.

“We’ll try to maintain one lane of traffic with flaggers and they’ll be trying their best to keep traffic moving along and not having too long delays,” he said. “But there will be just short periods where there’s construction equipment on the roadway that would, that we’ll clear and then move traffic through but for the most part it’ll be one-way traffic.”

Mearig is hoping drivers will slow down around flaggers and the construction zone. The resurfacing is expected to be done by the end of July. And yes, the chip sealing will cover up names painted on the highway by senior classes at Petersburg High School each year. Mearig, who spent part of his childhood in Petersburg, said he never took part in that time-honored tradition near mile 14 of the roadway.

The state also plans to contract with a painting company to stripe the highway later on in the summer. Messy painting work on newly chip sealed state roads last year also drew local complaints. But Mearig said the DOT won’t be doing the work in-house this year and will revert back to a type of paint that does better in wet conditions.

The road work is expected to cost around two million dollars. Most of the funding comes from the federal government.

Elsewhere in the area, the DOT last fall completed a repaving of a road in Kake and did some additional bridge work there this spring. There are also plans to rehab the runway surface at Kake’s airport. The state agency doesn’t yet have the funding in place for that work and it’s not expected to start until next spring. Kake’s runway won’t be completely shut down during the project.