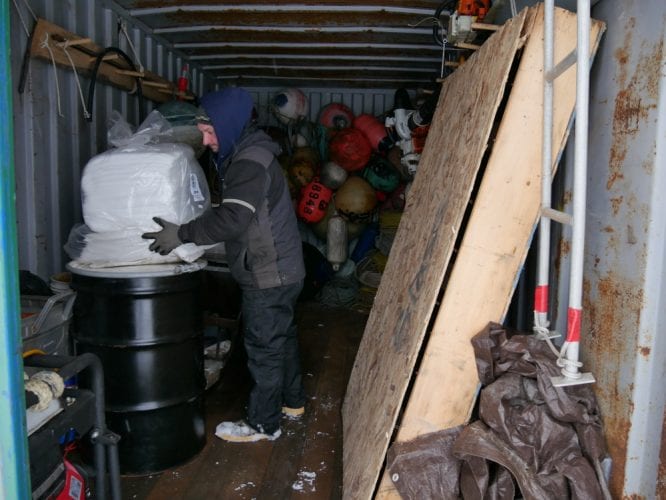 The Petersburg borough and the union representing most borough employees have arrived at a new tentative agreement for a three-year labor contract. Negotiators with the municipality and the Petersburg Municipal Employees Association met again June 21 after more than a year of on-and-off negotiations.

The tentative agreement would provide one percent pay increases for employees in each of the three years of the pact. The PMEA represents about 80 borough employees. They’ve been working under the terms of a three-year contract that ran through June of last year.

Joe Bertagnoli has been on the negotiating team for the employees and calls it a relief to have a new tentative agreement.

The three-year contract would be retroactive to July of last year and it would run through June of 2020. The one percent wage hikes in each of the three years are the same terms the borough agreed to this spring with employees in the electrical department represented by a different union.

This tentative agreement would also give additional wage increases to some police officers, resident assistants at Mountain View Manor and facility specialists in the Parks and Recreation Department.

In March, PMEA employees voted down a different tentative agreement. That was for a two percent wage hike in the first year and the possibility of another negotiation for the third year.

Because this agreement took more than a year, employees and the borough will be back negotiating in two years and Bertagnoli is hopeful for larger wage increases in the future.

“Hopefully in two years the economy will improve and everybody will be happy,” he said. “It’s been mentioned already, mentioned by their negotiator that there comes a point in time where you can’t just keep feeding, giving one percent small raises when the cost of living’s going up so much and things are getting more expensive. So if you’re going to keep employees you’re gonna have to pay ‘em.”

The borough’s negotiator has been former assembly member and labor attorney John Hoag. He declined comment on this tentative agreement until the employees had a chance to vote on it. In a letter to the borough assembly this spring, Hoag noted that wage increases offered by the borough are not keeping up with the increase in the cost of living for either of the two contracts he’s negotiated.

The latest agreement still needs to be ratified by employees. They’re scheduled to vote on it July 5th. The borough assembly also will vote on it.