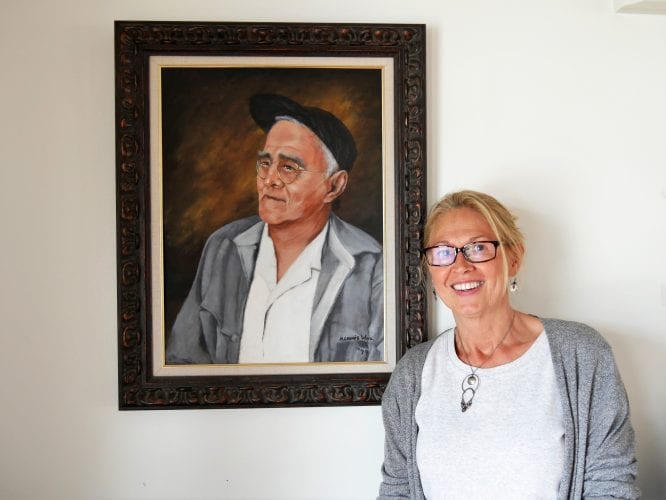 Brenda Norheim stands next to a portrait of her grandfather, John Hanson Sr., which is hanging in the community building in Petersburg bearing his name. (Photo by Angela Denning)

The building in Petersburg that used to be known as the ANB-ANS Hall is now being called the John Hanson Sr. Community Hall. It offers space for all kinds of community events like meetings, markets, and gatherings.

The building is owned and maintained by Petersburg Indian Association. PIA council woman Brenda Norheim is Hanson’s granddaughter. She says Hanson was born in 1900 and died in 1978 and was instrumental in starting the Alaska Native Brotherhood branch in Petersburg.

Norheim told KFSK’s Angela Denning that by using her grandfather’s name, the community is honoring the history of the ANB because her grandfather was very passionate about the group.

For more information on the history of the Alaska Native Brotherhood and its role in Alaska’s history check out the research project, The Sword and the Shield.