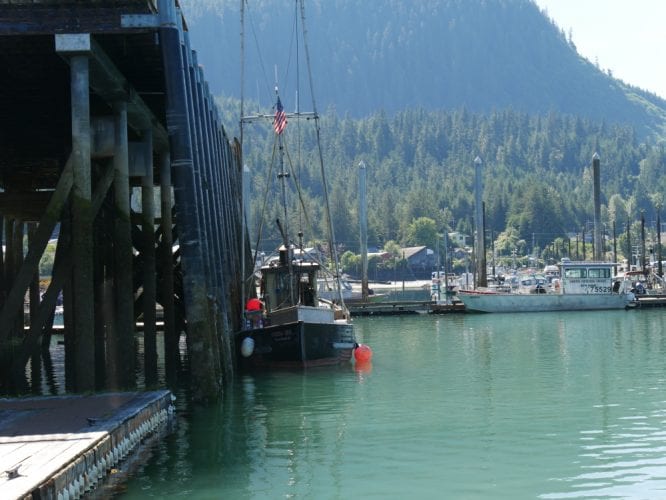 The troller Donna Mae tied up at Wrangell harbor in August of 2017. (Joe Viechnicki/KFSK)

With a few exceptions, Southeast Alaska’s commercial salmon trolling shuts down this week but trollers will have another shot at king salmon next week.
The fishery shuts down just before midnight Thursday, August 9 and will re-open on August 15th. The Alaska Department of Fish and Game closes the fishery at this time of year to allow enough coho salmon to return to spawning streams on the inside waters of Southeast. The fleet has been catching coho and chums since a nearly two-week opening for kings in early July.

Meanwhile during the region-wide closure August 10th through the 14th, there are a few spots where trollers can still fish. Chum fishing is allowed during that time targeting hatchery returns in some waters near Neets Bay north of Ketchikan, Sitka Sound and Crawfish Inlet near Sitka. A couple hatchery terminal harvest areas also remain open for all salmon species.