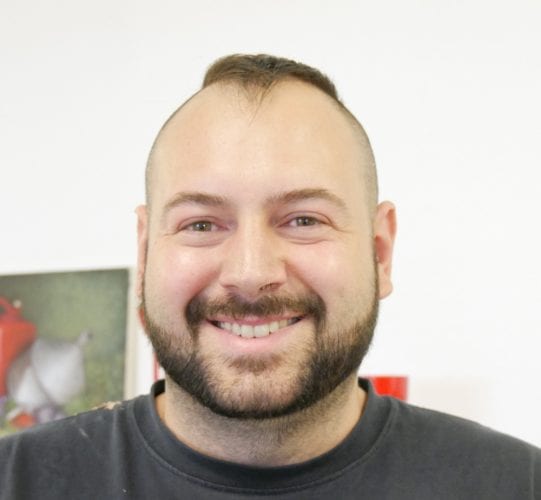 For the second year in a row, six people are seeking two seats on Petersburg’s borough assembly. It’s currently the only contested race for the October 2nd municipal election. KFSK is profiling each of the candidates this month. Political newcomer Taylor Norheim has decided to seek a seat on the assembly and explains he’d be learning the ropes.

Norheim is 31-years-old. He skippers a salmon tender boat during the summer months and works as a commercial fishing deckhand the rest of the year. Norheim grew up in Petersburg and went to Petersburg High School. After that he worked briefly as a plumber and also lived in Juneau for year. Norheim has a family and two kids, one in kindergarten and one in pre-school. He also serves as a volunteer fire fighter.

The assembly seat would be his first foray into local politics. Norheim said he originally filed for office to give voters a choice.

“Because I’d seen before where people run for assembly and it was like two seats available, two people running,” he said. “I didn’t like that. I don’t just like handing people keys to power, not a whole lot of power here but you know. So I was like, I’ll run, give somebody a choice. Then all of a sudden I looked and it was oh, seven people. Well I guess they got their choice, so.”

Norheim said he’s still interested in seeking the seat despite the interest from others. He wouldn’t say he sees people on the current assembly doing a bad job. He also said he’d rather see spending cuts than more taxes.

“I’m not a fan of increased taxes,” Norheim said. “I’m also not opposed to cuts. That’s usually a good thing. In this case it could mean which is, I don’t like that. But you know that’s just how the world works sometimes. Just getting a job at the city shouldn’t be guaranteed work for life. It isn’t for anybody else. So yeah, if you don’t increase the taxes, which I don’t want to, and I can’t say I’d never do it but I’m not going to propose new ones then you gotta cut spending somewhere. And where does that come from? I don’t know. I’d have to look at some numbers.”

Norheim explains he’s been busy fishing and hasn’t had a chance to look into the borough’s finances. He calls running for assembly a “wild hair.” So why is he a good candidate for a seat on the assembly?

“Oh I don’t know,” Norheim responded. “I feel like I’m probably way under-qualified for this kind of thing. Like I said I just thought I’d give it a shot. I mean it doesn’t seem like, I don’t think having somebody you know one person on the assembly who’s new and not up on how this all works is going to destroy the borough. Gotta start somewhere. I’d start at the bottom.”

Norheim doesn’t have any public works projects or buildings he wants to see completed if he’s elected and doesn’t yet have a position on a new or renovated hospital building. He said he’ll be missing meetings if he’s on the assembly.

“Oh yeah definitely. I think that would be a big probably deterrent from year, yeah I fish. I’m gone a lot.”

He’s one of six candidates for two seats on Petersburg’s assembly.