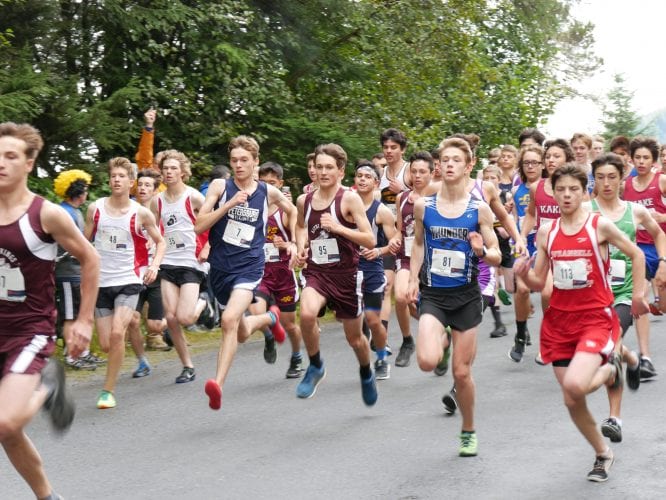 Petersburg High School cross country hosted 16 teams at a home meet this past weekend. About 200 runners participated. But those runners weren’t just competing against each other. As Angela Denning reports, cross country is a sport that requires individual athletes to face their own personal challenges.
Nearly all the schools from Southeast were at the meet.

Sophomore Maia Cowan won the girls event with a time of 19 minutes and 51 seconds, finishing over a minute faster than her competitors. The Petersburg girls’ team took second place overall behind Ketchikan and first place among the small schools.

Teams are scored on the placings of their top five runners. Petersburg Coach Tommy Thompson says the girls were second only by a fraction.

“If you look at the times, the total time for our top five girls and their top five girls, I think there was only a difference of about four seconds,” Thompson said. “But it all depends on the placing, not so much the times.”

Petersburg Junior Melanie Chase finished in 11th place and third for her team. She says she wishes she could’ve done better. But there are still a few meets left this year and her main goal is to beat her personal record or what runners call their PR.

Chase: “I’m hoping to get a time of 21:28 or so.”
Denning: “That sounds very specific. How did you come up with that time?”
Chase: “Well, my last PR would be 21:32 so I wanted to go just a little bit under if I could.”
Denning: “So you want to knock off about four seconds from your PR? What’s it going to take to make that happen?
Chase: “Just a lot of faith and a lot of will power. For running, it’s definitely a huge mental game. Because–as coach has been telling us–if you think you can do it you do really well, if you think you can’t then that’s kind of what happens. So you have to push yourself to see how far you can go.” 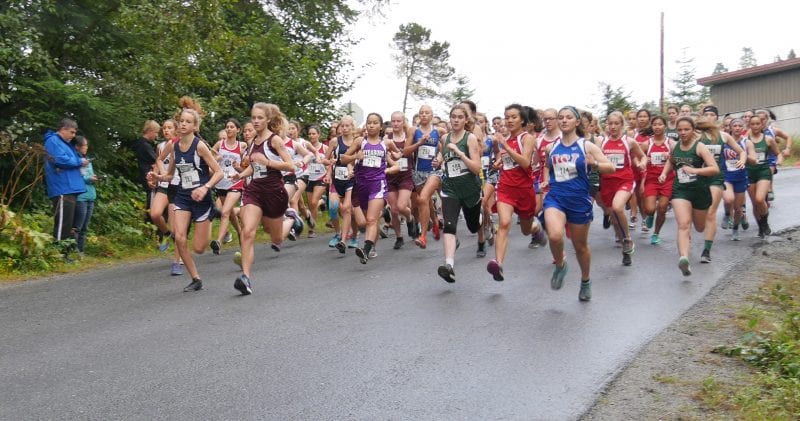 Petersburg senior McKay Jones had to push himself in the meet. He finished in 114 place for the boys. He says he thinks he could have done better if he didn’t have a cold making breathing difficult. Jones has Asperger’s Syndrome and this was his first cross country meet ever.

Jones: “It’s kind of the only sport I can mentally process because there’s not a lot of fast moving parts besides yourself. There’s not a ball you have to keep track of or anything like that.”
Denning: “How do you feel about running itself?”
Jones: “I don’t necessarily like it. . . I like when I get better at it because I feel like I’m beating it.”

Doing your own personal best is something that senior Avery Skeek is also familiar with. She finished in 25th place at the meet. In her freshman year, she was far ahead of that but she’s been nursing a hip injury for the last three years. She plans to get surgery after the cross country season is over. For now, she must find a balance between going fast enough but not too fast. 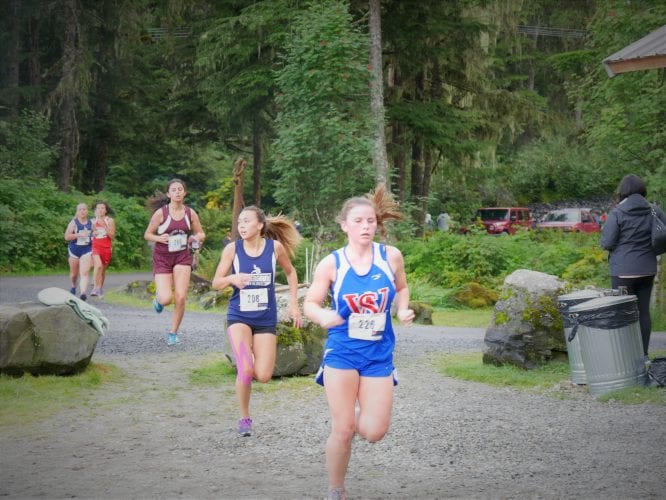 Skeek: “It’s hard because I can handle it, I’m not breathing very hard when I’m done but it’s the pain that I can’t handle so it’s hard to not keep going when it’s hurting.
Denning: “But you’re still in cross country.”
Skeek: “Yeah, I really love running so I wanted to finish off my senior year in cross country.
Denning: “What do you like about running?”
Skeek: “It’s actually really relaxing for me. It’s a huge stress reliever. So, even though it can be really hard it somehow relaxes me.”

Besides all of these personal challenges going on with the athletes behind the scenes, Coach Tommy Thompson says the teams did well and the event was a success.

“We are so happy that the community and staff and students were there to support the kids,” Thompson said. “We only get a race every other year so it was really exciting for the kids to have all their friends and relatives there.”

Next week’s meet in Ketchikan will be used as a qualifier for the regional meet in Juneau the following week because teams can only take seven runners each. The state meet will be in Anchorage at the end of the month.