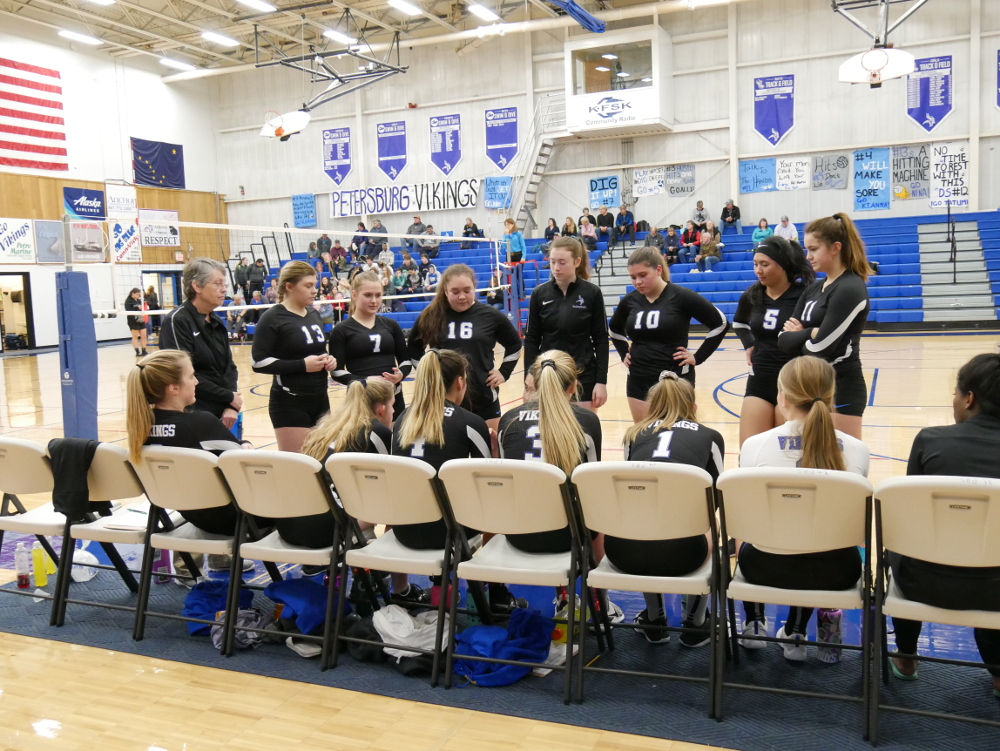 The 2018 PHS volleyball team gathers around coaches during a break in a seeding tournament in Petersburg in early November. (Joe Viechnicki/KFSK)

Craig and Wrangell will represent Southeast at the state tournament starting November 29th at Dimond High School in Anchorage. The region has produced the state champion and runner up each of the last two years.