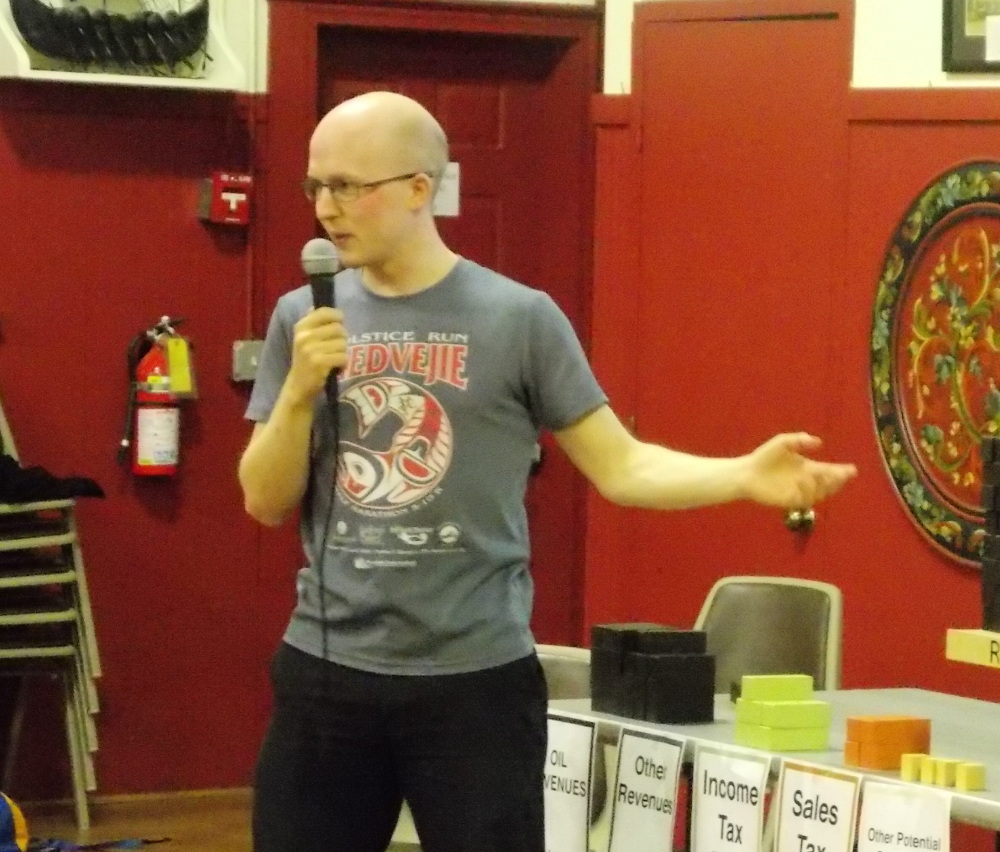 Democrat Jonathan Kreiss-Tomkins of Sitka spoke at the Sons of Norway Hall in Petersburg during a forum on the state’s fiscal situation in January of 2016. (Joe Viechnicki/KFSK)

The state’s Division of Elections Monday certified results from the November 6th general election. In the race for the House seat representing Petersburg, Sitka and other Southeast Alaska island communities incumbent Democrat Jonathan Kreiss-Tomkins wound up winning with nearly 57 percent of the votes. He topped challenger and Republican Richard Wein by 1,113 votes. There were also 32 write-in votes counted, less than half of one percent. Republican Michael Sheldon of Petersburg ran a write-in campaign for that seat. Kreiss-Tomkins’ winning margin was just under that from his past two elections in 2014 and 2016, which he took with 59 percent of the vote.