Business owners, residents show up in force against letter to cruise company 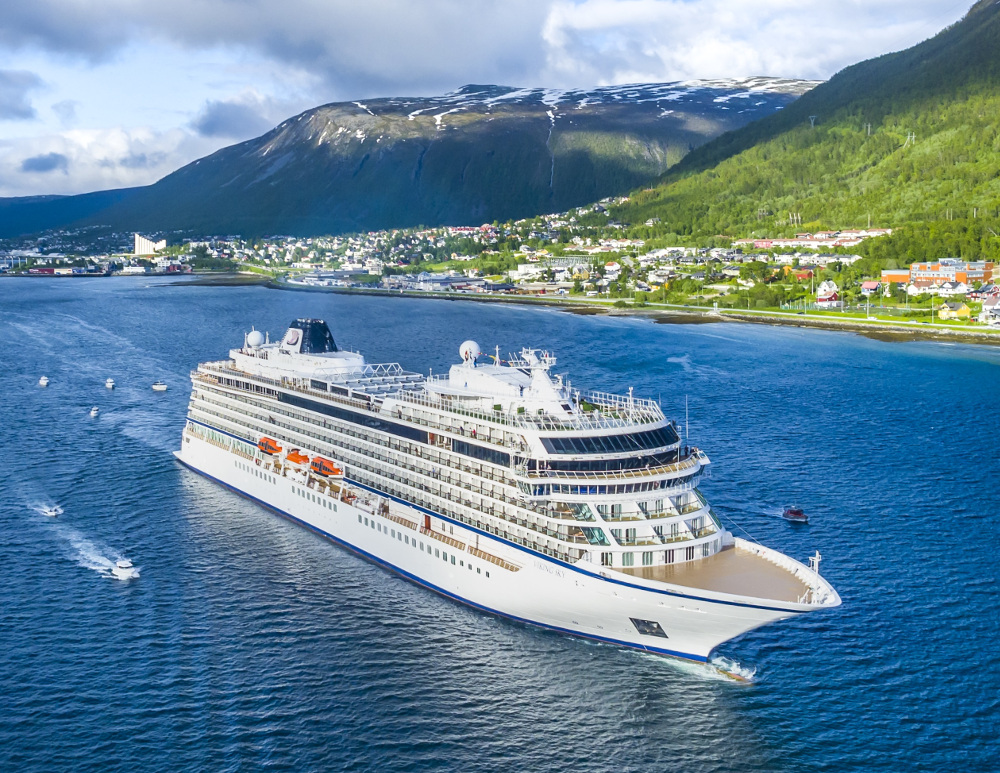 Local residents and business owners Monday came out in strong opposition to a proposed letter seeking to wait on a larger cruise ship making stops in Petersburg in future summers. Mayor Mark Jensen had drafted the letter asking Viking Cruises not to plan stops here in 2020 until the community could decide on whether an expanded visitor industry was wanted here. Ultimately Jensen was the only vote for the letter.

This summer a representative with Viking Cruises met with community members and borough officials about making stops here potentially in 2020. The company has ships with capacity for over 900 passengers. Because Petersburg doesn’t have a deep water port, the ships would be forced to anchor in deep water and lighter in passengers town. About two thirds of a ship, or potentially 600 people would be in town on those weekly stops. That’s larger than the number that the community normally sees during the summer months.
Mayor Mark Jensen drafted a November 28th letter asking the company “to refrain from booking any trips to Petersburg until the community determines what level of tourism we can handle without changing the character of our town.”

Jensen said he looked forward to being part of a discussion on carrying capacity for the visitor industry. “But I think the public totally isn’t in favor of this growth, I know we need economic growth, so my reason for sending this letter was not to say don’t come, let us figure out what we can handle as a community for carrying capacity and what we need for infrastructure to provide the correct services,” Jensen explained.

The letter pointed out Petersburg is primarily a fishing town, short on public restrooms, restaurants and tours for visitors.

Following the visit by Viking this summer, Petersburg’s Chamber of Commerce hosted a community forum on the visitor industry in early November with residents speaking both for and against an increase in the number of passengers. The chamber and the Petersburg Economic Development Council have started up a working group to examine impacts and come up with best practices for the industry, similar to mitigation efforts done in Juneau.

Assembly member Jeff Meucci thought Petersburg would always be the town that fish built, but didn’t want to discourage visitor industry interest. “We are fortunate that we have people in the visitor industry that want to come here and spend money in Petersburg and not really make a big impact to the community,” Meucci said. “I mean people are concerned about a couple hundred people being downtown Petersburg, well are we going to start limiting people that come for (the) Little Norway (Festival)? And for a lot of us, we’re not here in the summertime. The mayor’s out fishing, assembly member Norheim is out fishing, we’re not here. I mean I understand the concern of the community but we only have so many things, so many economic drivers for this community.”

The assembly chambers were just about full for Monday’s meeting with residents and business owners opposing Jensen’s letter. Local business owner Will Ware encouraged the assembly to think about sales tax revenue from new business coming to town.

“Now I understand the assembly is going to be considering a drafted letter to tell some cruise lines, Viking Cruise lines, that they’re not welcome at this time until our infrastructure is in place to handle more visitors,” Ware said. “Yet in 2006, Petersburg had double the visitors we had this past 2018 season. Our town didn’t seem too flooded then and our infrastructure didn’t seem to implode. I would encourage our local leaders to not just be concerned about the what-ifs, but to be concerned more so with the reality of our fiscal situation.”

Nancy Berg with Viking Travel, no relation to cruise company, said the fear of Petersburg being overwhelmed by thousands of passengers on a large ship are unfounded. And she said the smaller company likely isn’t coming in 2020.

“As far as we know now Viking (Cruises) is not, we are not on their schedule to come here. So they have presented their schedule. They haven’t talked to us yet, I don’t think. But there are a couple other ships that are coming, the Hurtigruten and the Windstar, that are more like 300-400 passengers. And Cruise Line Agencies (of Alaska) is very sensitive to what kind of tourism we want. They’re not going to send Carnival Cruise Lines in here unless they talk to us first. There are obstacles and challenges that we will have to overcome, if they do come, let’s say in 2021, but why not look at it as an opportunity rather than a brick wall.”

Another business owner Carrie Martinsen didn’t want to shut down the opportunity. “At the current stage in my life I would love for my kids to be able to formulate their own business plan and maybe live here someday,” Martinsen said. “And I think this shuts down a lot of opportunities.”

Also Chamber of Commerce director Mara Lutomski read five letters from chamber members opposing Jensen’s letter. In total there were more than a dozen letters and emails in opposition, most saying Petersburg needed the economic boost from an increase in tourism.

One person supported the letter, former assembly member John Havrilek. “I haven’t heard any statistics, financial, saying if we lighter, have these big cruise ships out front, how much do they spend when they come to town, how much of the taxes are we getting, will those taxes support the infrastructure that we need to keep these people in here,” Havrilek wondered.

The borough also received one letter from a resident in support of Jensen’s letter to Viking. But the assembly came down against it on a 6-1 vote. Jensen was the only vote in support.