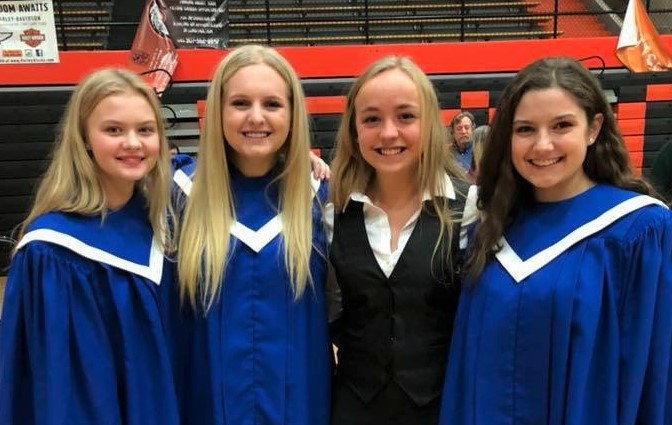 All-State Music brings together the best band and choir students from high school throughout the state to practice and perform together. They are selected from hundreds of auditions recorded by their music teachers and then reviewed by judges.

Petersburg Senior, Eva Lenhard, made the All-State Band for the French horn.

Three of the Petersburg students were in the All-State Treble Choir. They were Brooklyn Dormer, Mackenzie Morrison, and Trinity Davis. They sang with 85 other students just in the treble choir.

“It was cool. It was like nothing I had ever really experience before,” said Senior Trinity Davis, who went to the event for the first time. “Going and just singing and just being with a huge group of people who all just have the same passions and they all wanted to be there and they were all experienced and it was just really cool hearing all the voices, especially being in the treble choirs and hearing the voices of only women. And it was crazy hearing what all the voices could do and how you could carry a choir with just low voices and high voices but it’s all just female voices.”

The treble choir performed the song, “Truth” written by the guest director leading them, Andrea Ramsey, from Saint Louis. 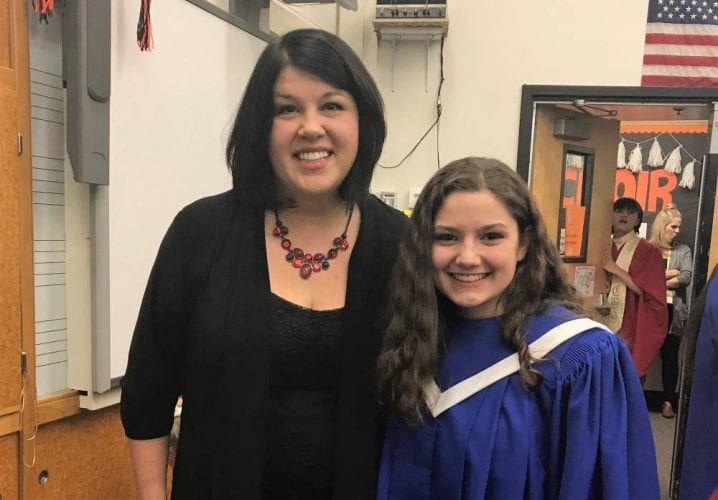 It was Brooklyn Dormer’s second time to the All-State Music Festival. The junior says it was a totally different experience the second time around.

“Last time I remember being so scared,” Dormer said. “I was just this little small freshman and everyone around me was so much more experienced. Now, I’m in the opposite position. I’m the upper class man.”

Dormer can talk a lot about the details of treble choir versus regular mixed choir and what she’s learned at All-State Music. She says the voices blend and harmonize differently.

“When it’s a good harmony usually it sounds a little bit off at first because we haven’t gotten the blend,” she said. “But then after we drill it and then by the concert it just blends so well and you can hear dissonance at some parts and just really good sweet sounds at other parts. And so, it just sounds so cool and it just gives you this weird almost dizzy feeling.”

Mackenzie Morrison is a Freshman and All-State music was her first school trip anywhere. In fact, she’s not in choir class and hasn’t really been in a choir outside of her church. She actually got into the All-State Choir through band. Petersburg music teacher, Matt Lenhard, taught her in band where she plays flute. He knew she could sing also and so he asked her to audition for choir. Morrison says she hopes to take choir class next year.

“I love to sing,” Morrison said. “I sing a lot of country songs with the radio really, really, really loud. I like to sing in the car. I sing a lot in church so I guess I do have that experience but what girl doesn’t want to sing a lot?”

All three choir students tried out for solo parts at the festival, which they said was a little nerve-racking but really fun. 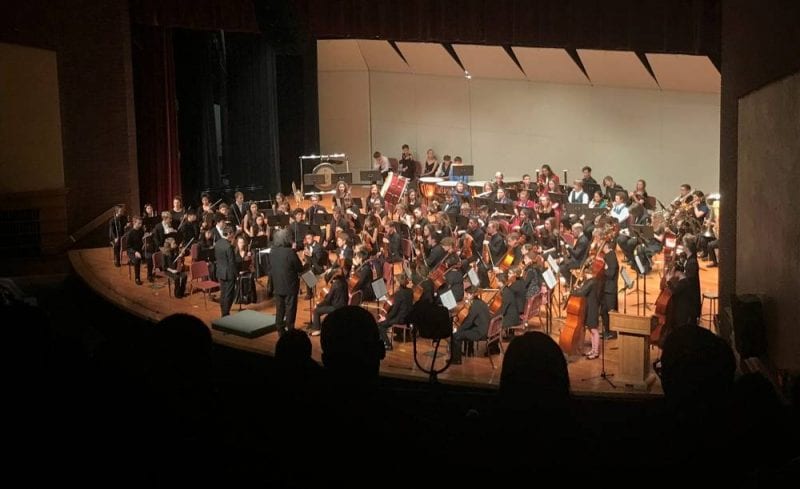 Senior Eva Lenhard has been to All-State three times, twice for the French horn and once for choir. She says she prefers All-State band because of its technical challenges.

“I think that I’m more of a person who likes to have direction and know exactly what I have to do with something,” Lenhard said, “and so with choir it’s more interpretive but with band it’s exactly how [the director] wants it to sound.”

The most Petersburg students to participate in All-State Music Festival the same year were eight. That was back in 2016.