December in Petersburg didn’t get as cold as normal 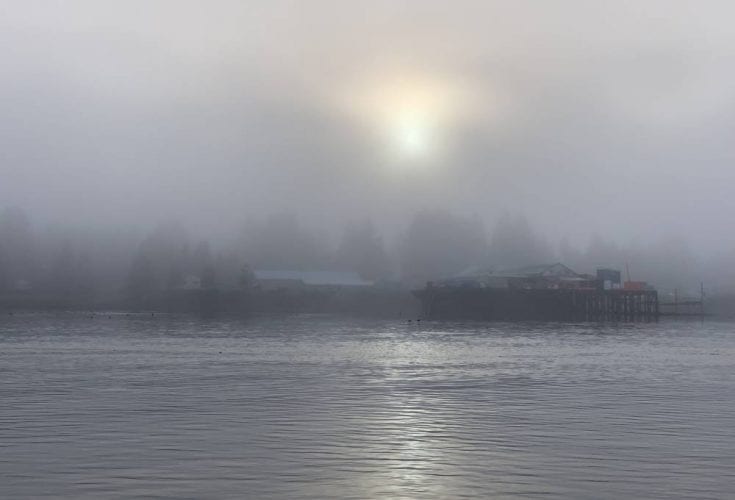 Petersburg on a foggy day in late December 2018. (Photo by Angela Denning)

The month of December wasn’t as cold as normal for Petersburg. In other words, the nights stayed warmer than usual.

The average daily low for the month was 22 degrees. That’s a lot warmer than the historic average low of 10 degrees. This December tied with 2005 and 1993 for the warmest low in the last 27 years. The record for the warmest December low was in 1991 at 29 degrees.

Petersburg saw about average precipitation for the month. There was 10.98 inches, which is close to the average monthly precipitation of 10.8 inches. The record for most precipitation was December of 2006, which saw nearly 23 inches of precipitation.