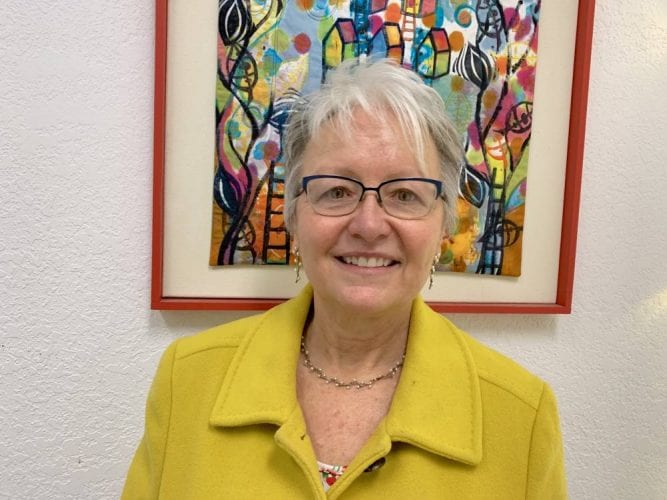 Teri Toland is retiring as Administrator of the Rae C. Stedman Elementary School in Petersburg at the end of the school year. (Photo by Angela Denning/KFSK)

The Principal of the Rae C. Stedman Elementary School in Petersburg is retiring at the end of the school year. Teri Toland announced her plans in an email to families on New Year’s Eve. Toland has been the administrator at the elementary for four years. Before that she taught 2nd grade at the school for six and a half years. She moved to Petersburg from Wyoming and started her teaching career at Stedman after her two children were old enough to go to school.

She spoke with KFSK’s Angela Denning about her retirement and says the timing is just right.