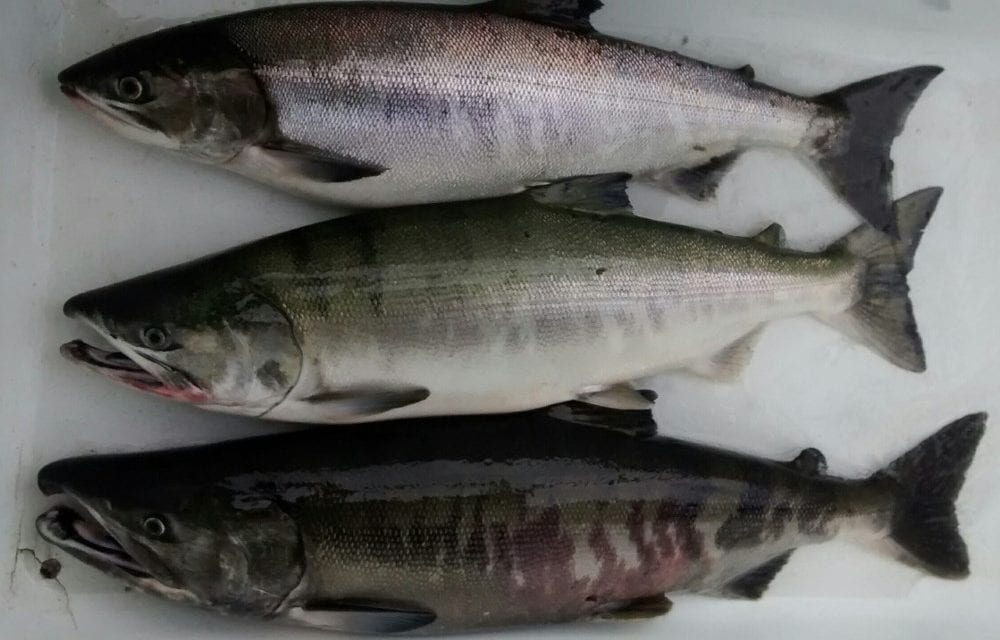 The Marine Stewardship Council is a London-based group that sets the gold standard used to market seafood to eco-conscious consumers.

“If the oceans are to be healthy, productive and full of fish in the future, we have to fish sustainably,” says a narrator in one of its promotional videos.

Pacific salmon caught in both B.C. and Alaska are emblazoned with the MSC’s blue label showing it meets these standards. B.C. and Alaska salmon compete for the same global markets.

“We started with the MSC process back in 2000 after Alaska was first certified, just to be competitive with Alaska,” Canadian Pacific Sustainable Fisheries Society spokeswoman Christina Burridge in Vancouver told CoastAlaska. “And it’s really sad for us to be dropping out at this point.”

B.C. salmon industry will formally lose its certificate on Nov. 27 for its wild pink, chum and sockeye.

“It means that it reduces the number of customers who pay the most and who value sustainability,” she said.

Burridge says the decision was made to withdraw from the certificate rather than fail an impending audit by the MSC before it expires in 2022.

Core challenges to B.C.’s wild salmon were dwindling stock assessments north of Vancouver Island up to the Alaska boundary as well as wild salmon’s competition with domestic hatchery fish.

B.C.’s often-controversial Atlantic salmon farms were not a factor, she said. “It was simply the effect of hatchery fish on wild populations, which is, you know, also an issue for the Alaskan certification,” she said.

“But we believe that the fishery is ultimately sustainable,” she added, “we harvest a very low level so we’ll see if we can put it back together.”

Canada’s Pacific salmon industry will be able to reapply for its MSC certificate in three years.