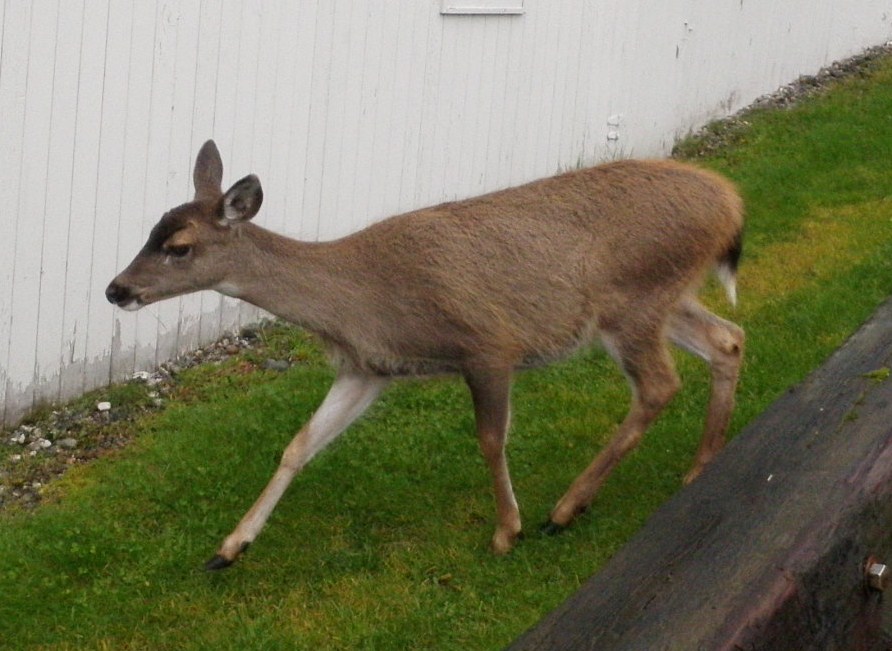 The U.S. Forest Service this spring will be taking a second look at the impacts of logging on deer habitat for 17 timber projects it’s already approved on the Tongass. The re-evaluation is a result of a court ruling that addressed just four Tongass logging plans, but the federal agency has agreed with litigants that 13 other projects also need more consideration.


The projects were approved between 1996 and 2007. They’re located around Prince of Wales Island as well as the Ketchikan, Wrangell, Petersburg and Juneau ranger districts. In a lawsuit over four of the projects last August, the Ninth Circuit Court of Appeals ruled that the Forest Service needed to better explain its analysis of deer habitat. That ruling covered the Scott Peak and Overlook projects near Petersburg along with Traitors Cove near Ketchikan and the Soda Nick project near Craig. 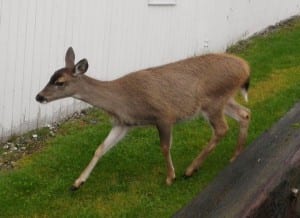 The Forest Service is required by the National Environmental Policy Act, or NEPA, to publish anticipated impacts of logging National Forest land. The agency uses a mathematical model to assess different areas of the forest, and how many deer the forest can sustain. The deer model takes into account things like elevation, tree cover and other factors that can make it easier or more difficult for the animals to survive a snowy winter. The Forest Service changed its methods for estimating deer habitat after these projects had been approved.

Greenpeace and another group, Cascadia Wildlands, challenged the four timber projects and the agency’s approval of them using of the old deer model. The groups argue that the agency was over-estimating good deer habitat and under-estimating the impacts of timber harvest in their project planning. Edwards expects that will show up in this re-analysis. “We do have results from modeling that was done for the 2008 forest plan for the wildlife analysis areas for each of these projects,” he said. “And the results from that modeling shows far lower deer carrying capacities than was done in the original modeling for these projects. So we expect that there will be a need to supplement these NEPA documents, NEPA documents being environmental impact statements and environmental assessments.”

The agency has already sold some of the timber. Some of it’s already been logged and other sales are under contract with logging companies and slated for harvest. Edwards estimates there’s around 200 million board feet left in the various project areas. Annual harvests on the Tongass in the past decade have ranged from one quarter to one eighth of that amount.

Tongass forest supervisor Forrest Cole sent a letter to Edwards in February outlining the agency’s plan for taking another look at the 17 projects in two phases. First up will be timber that’s already been sold along with sales the agency hopes to offer this year and the four projects covered in the court ruling. Cole’s letter said the agency does not currently have plans to offer timber from seven of the projects, but will do re-analysis for those when it does.

“We’re not anticipating that this work is going to have a significant effect on our current timber sale program on the Tongass,” said Ted Schenck, staff officer for wildlife, subsistence and planning on the Tongass. He said the review work is already underway. An agency team is looking systematically at the timber projects and their completed environmental documents for the individual projects.

Schenck said the work involves comparing Geographic Information System data before and after logging, and what that means for deer habitat. “Then when we get the computer outputs in terms of number of deer per square mile and different time periods and we’d be looking at probably 1954, somewhere around when the NEPA was done and then after treatment to see what kinds of changes there would be in the capability of the landscape to support deer at those different dates and then we would compare that what we’ve done in the original documentation,” he said.

Analysis for the first group of projects could be done by late July or early August. In addition to the four sales covered in the court case, the Forest Service will be looking at deer habitat for Control Lake, Chasina, Chomondely and the Scratchings Two projects in the Prince of Wales Island area, the Baht and Backline projects near Wrangell, South Lindenberg, Crane and Rowan Mountain, Woodpecker, Kuiu and Bohemia near Petersburg and the Couverden project near Juneau.