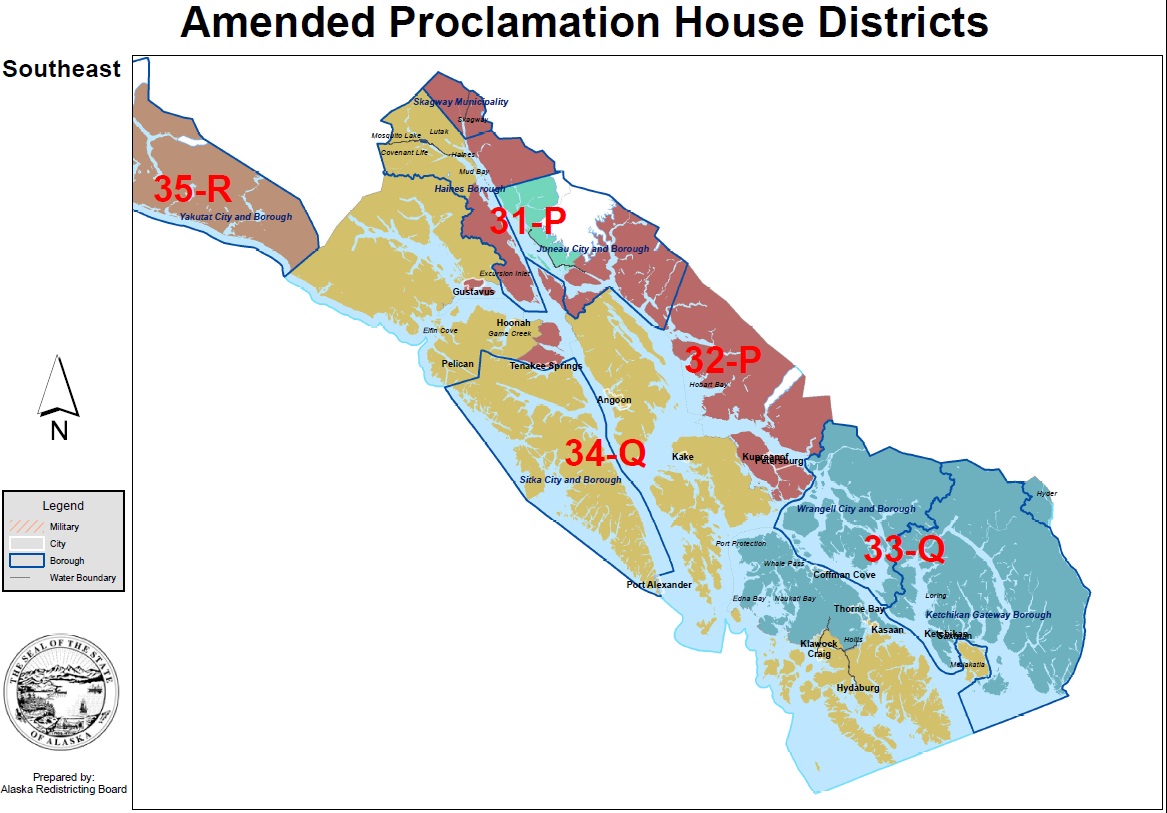 Petersburg will ask the Alaska Supreme Court to reconsider its decision on redistricting. The City Council made that decision after consulting with its attorney in a special meeting late Wednesday afternoon.

Petersburg officials were disappointed, to say the least, that the state’s high court chose to go with an earlier version of the Redistricting Board’s plan; one that puts the town in a legislative district with downtown Juneau, Gustavus and Skagway. 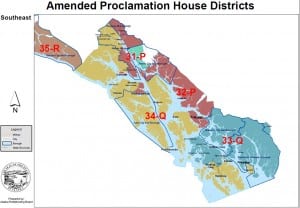 Petersburg’s City Council has repeatedly objected to being included in a new legislative district with Juneau. It maintains that the rural fishing town does not have enough in common with the much larger Capital City, which is more dependent on government and tourism. Petersburg was happy with the latest southeast map, which put it in a district with Sitka, Wrangell, Angoon, Hoonah, Kake and many other smaller communities.

After the court rejected that plan, the Council called its attorney, Tom Klinkner, to see what more the town could do. The options were limited, according to Klinkner.

“Basically, the only recourse that a party has in this situation is to file a motion for reconsideration, or rehearing and this is a motion that’s addressed totally to the courts discretion and it just says ‘hey court, we think you overlooked an important point in making your decision. Could you please take another look at it,’ and the court in that situation totally has the discretion to completely ignore what you file or to say ‘maybe you got something there’ and take another look and perhaps change their minds,” he said.

The Alaska Supreme court’s approval of the earlier plan was a reversal from its previous ruling which found the Southeast portion out of compliance with the state constitution and ordered it redrawn.
However in its latest decision, the court said it rejected the new southeast map because it had received numerous objections. That included concerns from native organizations and communities that argued, among other things, that the changes diluted the influence of native voters in Southeast, contrary to U.S. law.

While the court acknowledged the reconfigured districts may comply with state constitutional requirements, it said there was a risk the U.S. Department of Justice might not clear the changes under the federal voting rights act. That, the court said, would come so late in the 2012 election cycle that a great disruption to the election process would result.

During its earlier court challenge over redistricting last year, Petersburg had backed an alternative plan for Southeast. Klinkner thought that might help the court reconsider its decision.

“The plan that Petersburg presented to the Superior Court last fall did preserve an over thirty- percent, native, voting-age population district in Southeast. And what I would propose to include as sort of the key point in the motion for reconsideration is just that, that there is a plan out there…..that addresses that objection,” said Klinkner

Klinkner pointed out that this decision only applies to the 2012 elections. The Court still has to decide on a redistricting plan for 2014 and beyond, “It’s important to remember that the court said that looking to the future, it definitely believes that the districting the board adopted for Southeast does not comply with the Alaska constitution and it doesn’t sound like the court would ever consider accepting that districting for the long haul. It’s just that it’s looking at what its options are on a very constrained schedule before the 2012 elections.”

Petersburg councilors were frustrated that the Supreme Court was temporarily implementing a plan that it was likely to change in two years.

Mayor Pro Tem Mark Jensen said, “So two years into our senator’s term, what do they do then if they redraw the map. I mean, how do they cut a senator’s term in half for part of a senate district. I don’t get it. That’s just as disruptive to me as it is to, you know, worry about the department of justice. ‘Taking a risk’ is what it says in the Juneau Empire. It says “there is a risk” . Well, being from Petersburg, I’m willing to take the risk that the Department of Justice leaves it like it is, with the map drawn on the 15th.”

Jensen was referring to the latest Southeast map that Petersburg had supported but the Court rejected. The six councilors present voted unanimously to have the attorney file a motion to reconsider with the Alaska Supreme Court. Mayor Al Dwyer was out of town.