Changes on tap for Alaska Airlines at Seattle airport 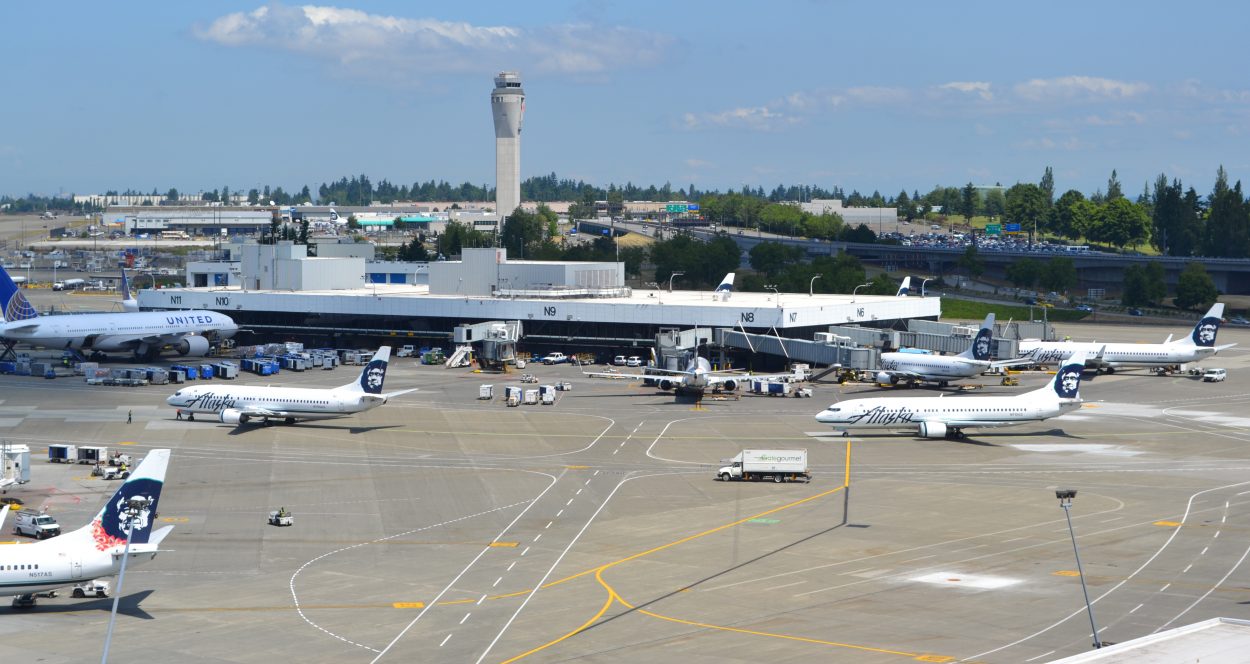 Alaskans Airlines passengers flying out of Seattle-Tacoma International airport will catch their flights at a renovated North satellite building following a major renovation at the facility in the next few years. The airline and the Port of Seattle this month announced Alaska would soon be the sole tenant for “N” gates and they’re going forward with 230 million dollars in upgrades in that part of the terminal.

For iFriendly audio, click here:
Passengers on Alaska Airlines will be hopping aboard that underground train from either the C or D concourse and heading out to N gates to catch their flights in the future. It’s part of a major renovation project that will have the majority of Alaska’s planes moving to the north satellite.

Airport spokesperson Perry Cooper said a realignment of the airport’s airlines will start up in 2013. “United will move off the north satellite to concourse A and Alaska will take over all the gates in the north satellite,” Cooper said. So a really big opportunity for them to kind of market it for their Alaska passengers and then everyone that goes to the north gate will end up being an Alaska passenger. They’ll be able to put some of their finishes that kind of thing and you get the feel, that kind of Alaska feel from the time you drive in on the north side of the ticketing level all the way through the passenger trains and then out to the north satellite.” American, Frontier, Hawaiian, Jet Blue and Virgin America will also be switching locations at Sea-Tac next year to help accommodate the changes. 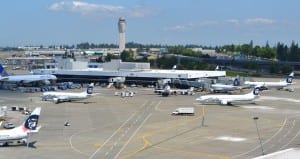 The Port of Seattle Commission in July approved $32 million dollars with of design work. That’ll prepare for a major renovation of the 40-year old north satellite building that Alaska Airlines will take over. It’s a partnership between the airline and the port; the construction costs will be shared by the two. Officials say the work is due and will improve the experience for Alaska’s customers.

Cooper said they’ll be adding three N gates and making some other big changes to north satellite. “The biggest thing is there’s going to be a new rooftop lounge for Alaska’s passengers,” he said. “We’re gonna refresh all the finishes, add some gates, potentially add some new stores and that kind of thing as well too. And then from behind the scenes, it’s going to be seismic upgrades, upgrading the (heating ventillation and air conditioning) system so from a comfort level it’s going to be much more comfortable than it is currently.”

Alaska Airlines flies 27-hundred people out of the airport to destinations in Alaska each day, according to Airline spokesperson Bobbie Egan. “This year as we’re celebrating our 80th anniversary we look up north at our roots in the state of Alaska and are very much appreciative of our loyal customers who have been traveling on us for a number of years. So, we’re proud of that number and think that these renovations here in Seattle will make travel much easier and improved for our customers,” Egan said

The airline already uses the north satellite for a number of its flights. It will continue to use C or D gates for its commuter flight connections around the Pacific Northwest. However Egan said consolidating flights mostly to one part of the airport will make the airline’s operations more efficient.

Egan said the company considered public perceptions about the length of the walk from the ticket counter to departure gate with the change. “We conducted three studies in recent years just examining that amount of time and the perception and actually what we learned is that it takes about the same amount of time to reach the north satellite riding that train as it takes to walk to the gates at the end of concourse C,” she said.

She acknowledges travelers will see some dust from the construction once the work starts up in 2014 but says the goal is to have the least amount of impact on customers. The work is scheduled to be completed by the end of 2016.