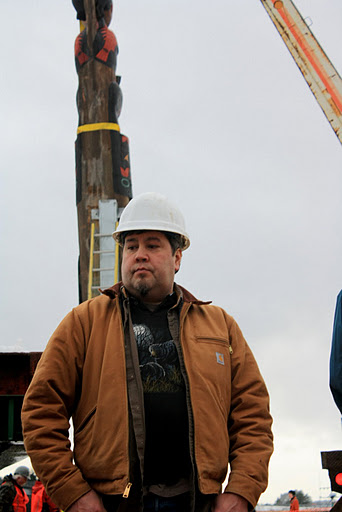 Petersburg area residents and visitors this week have an opportunity to learn Tlingit carving techniques from a master of the art. Sitka carver Tommy Joseph’s works have been exhibited nationally and internationally. He’s especially well-known in Alaska for his totem poles, which stand in many communities. That includes Petersburg, where Joseph carved the 35-foot Eagle and Raven poles that stand beside the downtown Forest Service office. He’s currently working on a totem pole for the Carnegie Museum in Pittsburgh. 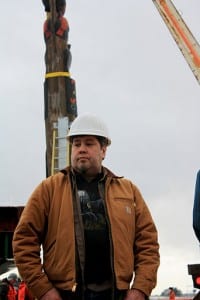 Joseph is coming to Petersburg this week again to take part in the Tongass Rainforest Festival. He’ll teach a three part class on carving a traditional halibut hook and give the keynote presentation on Tlingit Battle dress.

This is Joseph’s 40th year as a carver. He crafted his first piece….a halibut hook….when he was eight. He spoke with Matt Lichtenstein by phone from Sitka:

You can contact the Petersburg Public Library to sign up for Tlingit Carver Tommy Joseph’s halibut hook class which starts Wednesday evening. His talk on Tlingit Battle Dress takes place Thursday evening at seven in the City Council Chambers as part of the Tongass Rainforest Festival’s keynote presentation. The Petersburg Indian Association is putting on a potluck in honor of Joseph at the Seaside house restaurant on Sunday night. For more details, visit the festival website.