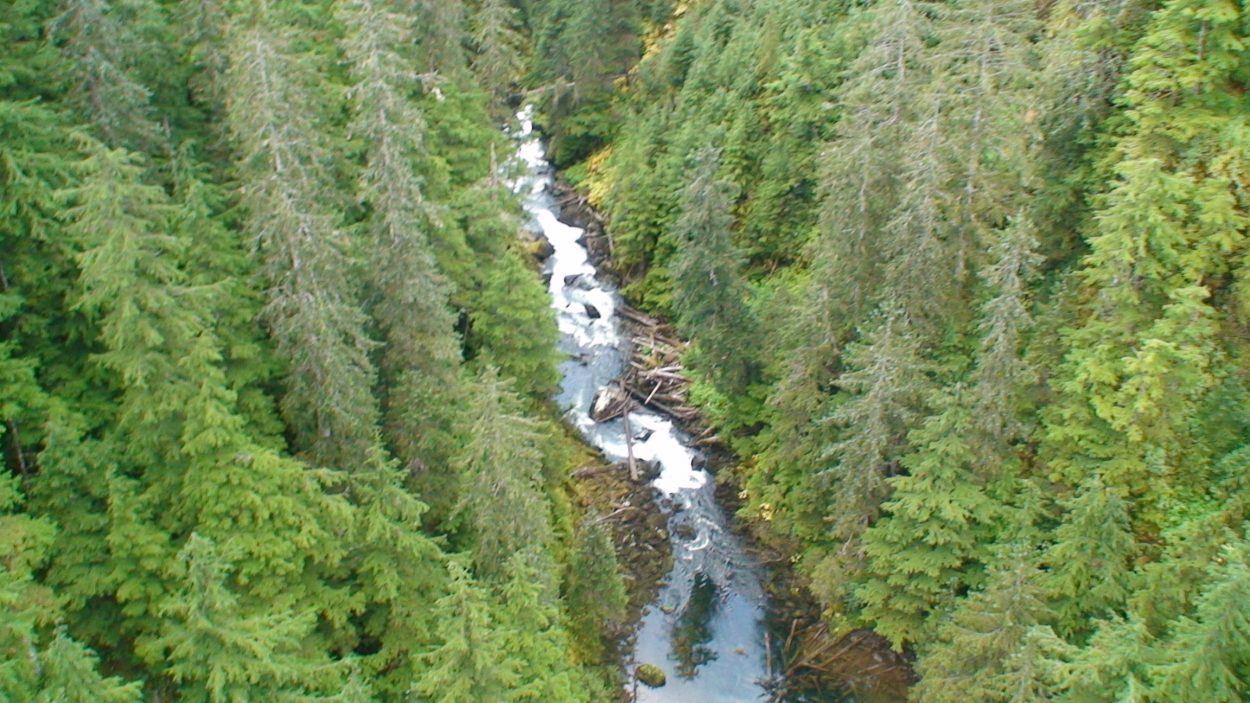 Two preliminary federal permits for proposed hydro electric power plants near Petersburg have expired and another permit application remains under consideration by the federal commission that regulates hydro power.

For iFriendly audio, click here:
The city of Angoon held three-year preliminary permits to study hydro potential at Ruth Lake and Scenery Lake. Those two mountaintop lakes are on the mainland about 15 miles northeast of Petersburg. Angoon’s permits expired in September and October. The community of more than 400 people is on Admiralty Island about 70 miles from those sites. Former mayor Albert Howard applied for the permits in 2009 hoping to sell the electricity to Petersburg, Wrangell, Ketchikan and eventually Kake to offset the cost of expensive diesel power in Angoon.

The community’s new mayor Richard George said he never supported his city applying for those permits and has no interest in applying for the projects again. “It’s in another area, close to another community and I think that should be honored. We have our own project on the table, shelf, so to speak, Thayer, and I’ve always tried to put that into being, rather than pick up another project for profit. That I don’t agree with, I never did,” George said.

Angoon’s village Native corporation Kootznoowoo has been working to develop the hydro plant on Thayer Creek nearby that community. Angoon had competition for the Ruth Lake permit. Both Petersburg and Wrangell also applied. That prompted the first of its kind in the nation random drawing that awarded the permit to Angoon. A preliminary permit does not give anyone a license to build a project, however, it does give the permit-holder temporary, but exclusive rights to apply for the license. 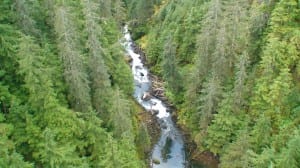 With those two permits lapsing, Petersburg’s new mayor Mark Jensen said he thinks it makes sense to look into the projects again, especially with plans to build a transmission line from Petersburg to Kake. “You know if we hook Kake up three years from now or whatever it is, hopefully it’s at least that soon. We’re pushing up against our limits in wintertime already. You know they’re not going to draw much I don’t think but we’re gonna need some excess power, some more hydro available to us,” Jensen said.

That powerline connection to Kake is under environmental review. Petersburg sent a letter in November to the governor supporting Kake’s request for funding that line. Jensen said he thinks it’s a good time to have the discussion among Southeast communities about the potential for new projects. Petersburg spent over two years and 244-thousand dollars in paperwork and attorneys fees seeking the permit for Ruth Lake as a second power source. Officials say a project in Thomas Bay could end the need for backup diesel generators and would help with an increasing demand from electrical heaters in the winter.

Don McConachie is newly elected mayor in Wrangell, although he’s served as that community’s mayor before. He too thinks the Thomas Bay project may be worth a second look. “From Wrangell’s standpoint, to look at it in the future, yes possibly, but I think the future is just exactly that, it’s a little ways away and if we’re going to look at something like that I would like to do it as a team effort between Wrangell and Petersburg and we look at it together in order to get a good perspective from both communities because it was quite contentious in the last go-around,” McConachie said.

Meanwhile, another preliminary permit application for Thomas Bay is still pending before the Federal Energy Regulatory Commission. The private company Hydro Development LLC applied for a permit at a third site – that’s at Swan Lake and Cascade Creek. Earlier this year the federal commission denied a third permit on that project to another Bellingham, Washington company, Cascade Creek. The commission in November sought information from the new applicant, seeking any business affiliations between the two companies.

In another twist, the Vancouver, British Columbia based corporation that owns Cascade Creek last month announced its plans to abandon that project following the permit denial. Alaska Hydro Corporation in a press release reported spending more than two point seven million dollars on work to prepare a license application. Company officials decided they were not likely to get control of the hydro site in light of the permit denial and a denial of the rehearing. Alaska Hydro hopes to sell the company Cascade Creek and its assets.