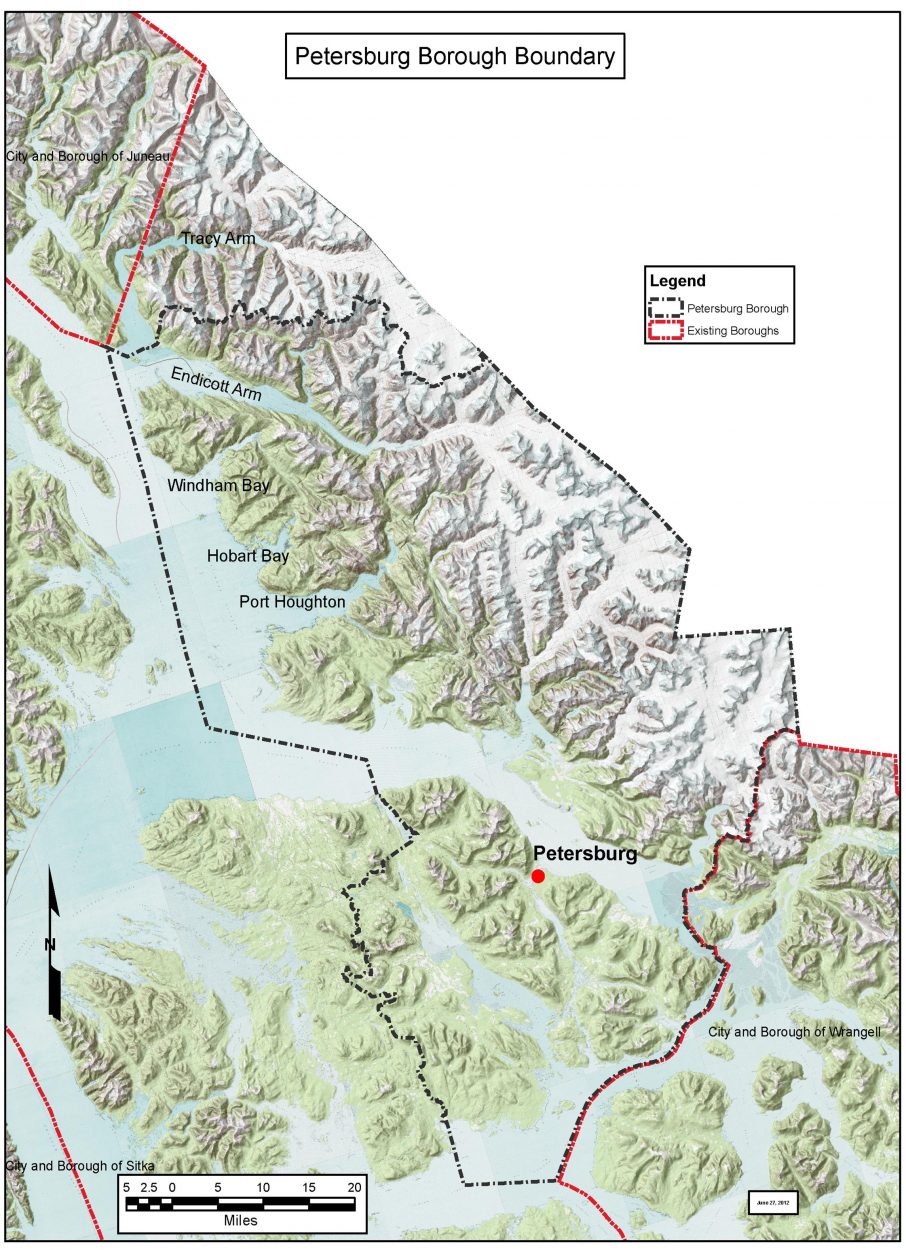 There’s some competition for the two vacant seats on Petersburg’s Borough Assembly. At least three people have submitted letters of interest for an appointment.
Click here for mobile-friendly mp3 audio.

All three applicants reside or own property outside Petersburg’s previous boundaries.

In her letter of interest, Cindi Lagoudakis highlights her community service work with KFSK Radio, The Alaska Native Sisterhood, Sons of Norway and the Petersburg Arts Council….as well as previous experience serving on a local advisory boards and commissions in Alaska and Oregon. Lagoudakis says she’s hoping to serve on the Petersburg Assembly because she likes giving back to the community:

“I’m involved in other organizations around town and certainly have an interest in seeing Petersburg broaden and strengthen its economy. As the economy changes, I want to see us be successful as a community. And also to serve all public’s both folks in town, out of town, all economic stratum and backgrounds. I think that there are some upcoming issues with infrastructure maintenance, and energy and issues for seniors that are really going to take our attention.”

Lagoudakis recently retired from a 26 year career with the Forest Service. She and her husband Bill Tremblay live on Mitkof Highway, just beyond the former city limits.

Lagoudakis voted for borough formation but she’s sympathetic with the concerns raised by some opponents:

“I understand the issues of the folks who live far away and really don’t see themselves benefiting from city services in a city or a borough. That being said, I do feel like the majority of us are here because Petersburg was here and offered things like library and schools and other infrastructure that made our lives comfortable and provided an economy that helped us have jobs and also a social life where we could interact with other people as well as easy access to the great outdoors.”

According to Lagoudakis, the Assembly needs to continue the conversation with residents in newly-incorporated areas and consider ways to provide them with more access to services.

Another assembly hopeful, Jeigh Stanton-Gregor, is a mental health counselor and a commercial fishing deckhand in the summer. He and his wife Lea own True North Counseling and Consultation in Petersburg. They’ve been living in town for the past couple of years but Stanton-Gregor says their home is down the Wrangell Narrows near Keene Channel. They plan to move back there at the end of May.

Along with private practice, Stanton-Gregor has also been an aid in the local Elementary school. He sees service on the Assembly as another chance to be of use to the community:

“And I think I do have a good perspective living with a primary residence down near Keene Channel and also having a business in town. So I hope to be able to bridge some of the gap between people outside the city limits in the new borough and the community at large.”

Stanton-Gregor voted against borough formation, but he says that’s the democratic process. He doesn’t dwell on the past. Rather he wants to see everyone work together:

“I mean at this point, the borough ‘is’. It’s done. It is here. I think it is important to move forward as a team. I think some of the more outspoken people outside the city limits in the new borough, they just want to be heard, just like any of us. Whether it’s in town or outside of town, it’s important to have those concerns heard because a lot of them are really valid. A lot of those concerns involve overspending of taxpayer dollars and those are valid concerns to have as a community member.”

Looking ahead, Stanton-Gregor says economic development is of critical importance to Petersburg:

“And I know it’s not a new issue, but this has been a shrinking community and I think it is important to bring younger, professional people to this community so that it can have more diverse income streams.”

The vacant assembly seats also prompted a letter of interest from Jerry Laubhan, a retiree who served 20-years in the Air Force. Laubhan and his wife Dona live in downtown Petersburg, but they also own property on Kupreanof which they previously called home for about nine years.

Laubhan says he could devote as much time as needed to serve the people of the borough:

“I feel like I’ve got an awful lot of time and I’m abjectly honest and I think I could bring an awful lot to the table as far as representing constituents and not being influenced by monetary gain.”

Laubhan says he is fiscally conservative. When the Assembly spends money, he says it should look at the return:

“Always look at the return. If it doesn’t make us any money, then it should be on the back burner, pretty much. Things should pay their way. They should improve our quality of life and our infrastructure to where people would actually say that this is a great place to live and we’ve got everything we need.”

Laubhan notes in his letter that he had been in the no-borough camp. He didn’t see any economic advantage to it. He says that appointing him could be seen as the assembly’s desire to fairly represent all segments of the borough population.

He says he’d like to see unity in the borough overall. He thinks the municipality needs to be more inclusive of everyone and their interests within the newly-expanded boundaries.

“And kind of get rid of the stigma that Petersburg has of being one-sided or stand-offish. It takes people a long time, seemingly to me, to break into this society. I know people who have been here 40 years that say they’re still not accepted.”

The Borough Assembly plans to make the appointments to its two vacant seats during a regular meeting on February 19th. The Assembly will also make appointments to vacant seats on the Planning commission and the Hospital Board. Residents who would like to serve on the Assembly, planning commission or hospital board can submit letters until 10 am on Thursday, February 14th.