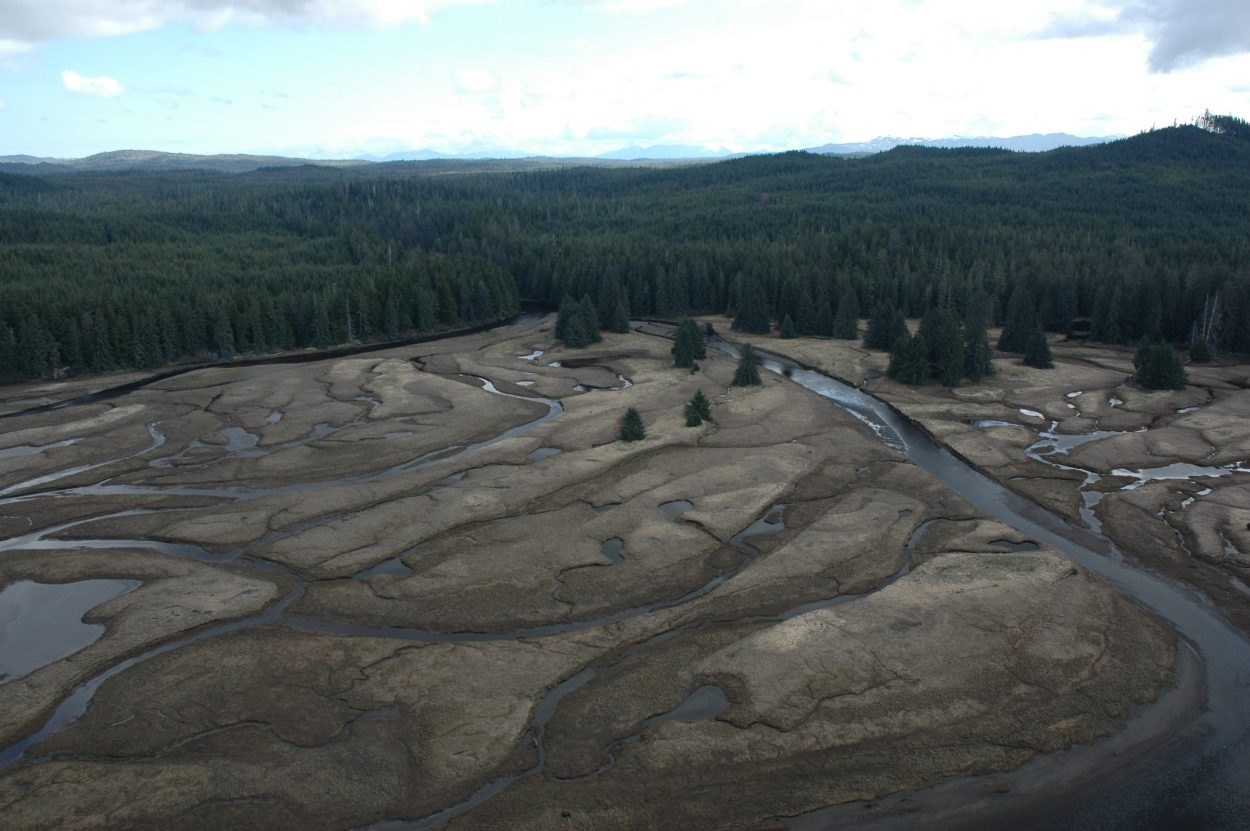 The U.S. Forest Service starts work this week to improve salmon habitat near Kake. Decades after logging removed thousands of trees around Hamilton Creek, south of Kake, the agency is adding new wooden structures to the watershed. 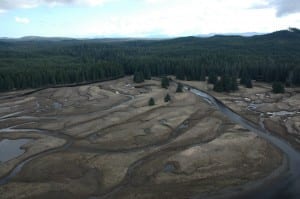 A snapshot of the mouth of Hamilton Creek. Photo courtesy Alaska ShoreZone.

The approximately twenty-thousand dollar project is part of a larger effort by the Forest Service to restore many of the streams throughout Southeast Alaska. The Petersburg Ranger district has already mended seven of those streams over the past four years, and other districts in areas like Sitka and Prince of Wales have implemented similar programs. Agency biologist Heidi Lombard says the Hamilton creek tributary stood out because of its severe lack of any large wood.

“We found that this stream currently lacks large wood and pools,” Lombard says. “And it lacks potential for recruitment of large wood for the surrounding area in the near future.”

Logs dropped into a stream will help create deep pools that allow fish to hold and feed on aquatic insects. The Hamilton Creek project, located around 19 miles south of Kake, will take around two weeks to complete for the forest service’s five-member team. And while the watershed is 20 miles long, the crew will only be working in an area of about two-tenths of a mile in a small tributary. Much of their work will be spent building large diagonal and V-shaped structures out of young, second-growth trees from nearby logged areas.

“It’s gonna create deep pools, or it’s going to enhance pools that are already there,” Lombard says. “So mostly for feeding and rearing and just resting spots for them. Because coho stay in the streams, they don’t just migrate it as soon as they get to the gravels. They stay in for a year or two. So it’s important for them to have this spot, this refuge.”

That refuge nearly disappeared when loggers chopped down most of the trees in the area decades ago. By almost completely clearing out the trees near these streams, there wasn’t any wood left to serve as a natural habitat for salmon populations in the river. By breaking that cycle, Lombard says, it won’t just benefit fish, but residents, too.

Specifically. Lombard says, the new habitats should make it easier for fishermen around Kupreanof Island and in the Hamilton creek itself to catch coho. There isn’t necessarily a set goal for how many more salmon the agency wants to see in the river – it just wants the number to go up. As for the future, the Forest Service is planning to implement even more stream restoration programs, with the next one in the Petersburg Ranger district coming in 2015, also near Kake.