Medevac insurer may get license back 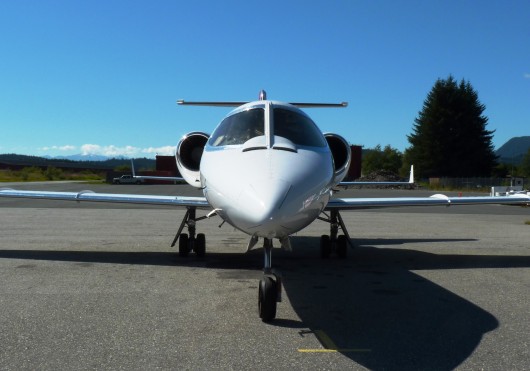 A popular medevac insurance company says it’s close to resuming business in Alaska. Apollo Medi Trans stopped renewing policies earlier this year, leaving many customers without coverage. But there are other options.

Wrangell’s Kathy Sandness was planning a trip a few weeks ago and decided to check on her insurance.

She wanted to be sure she was covered if she or her husband had a heart attack or serious injury requiring a medical evacuation flight to a distant hospital.

Sandness knew her Apollo medevac policy was supposed to renew automatically. But she found it expired two months ago – with no notice.

She emailed the company and it confirmed she no longer had insurance.

Sandness is one of hundreds if not thousands of Alaskans who pay Apollo $125 a year to cover the expense of medevacs.

The flights cost tens of thousands of dollars, and are often not fully covered by regular health insurance plans.

“Living in Southeast, if you do have a medevac need, it’s very expensive and we felt other people need to be made aware of this,” she says. “They could have accidentally not kept track of their own policies with Apollo. And they need to make a decision whether they want to wait for Apollo to be renewed with the state or possibly seek other alternatives.”

Her policy, and those of some other covered Alaskans, was not renewed because the Fairbanks-based insurer lost its state license back in February.

Customers with active policies still have coverage. But those with expired policies do not.

Apollo officials won’t discuss why they failed to renew their license to sell insurance in Alaska. But Medical Director Dr. Eric Sterling says they’re working hard to get it back.

“We‘re doing every bit we can to be compliant and help and we’re hopeful that it will be soon,” he says.

A staffer answering Apollo’s customer-service line said medevac insurance could resume in a week or two.

Marty Hester, deputy director of the state Division of Insurance, says Apollo submitted its paperwork at the beginning of the month.

Once that arrives, “Reviewing it should go fairly quickly. I would say 48 to 72 hours, if we have all the information that’s needed.”

Alaskans do have other choices for insurance – from the medivac companies themselves.

Seattle-based Airlift Northwest offers its AirCare membership program, which costs $99 a year for Alaska residents. And Salt Lake City-based GuardianFlight is working toward its own insurance program, though no price or date has been set.

Wrangell’s Kathy Sandness says she’s switched to the Airlift Northwest program. But she worries about others formerly insured by Apollo.

“We all say we’re very, very healthy, but we have friends here who are a little bit more on the edge of medical conditions. That’s why they have the policy. And I’m concerned that could just bankrupt someone so quickly,” she says.

Medevacs are used for a variety of medical emergencies. Among the most common are heart attacks, serious infections and problem pregnancies.