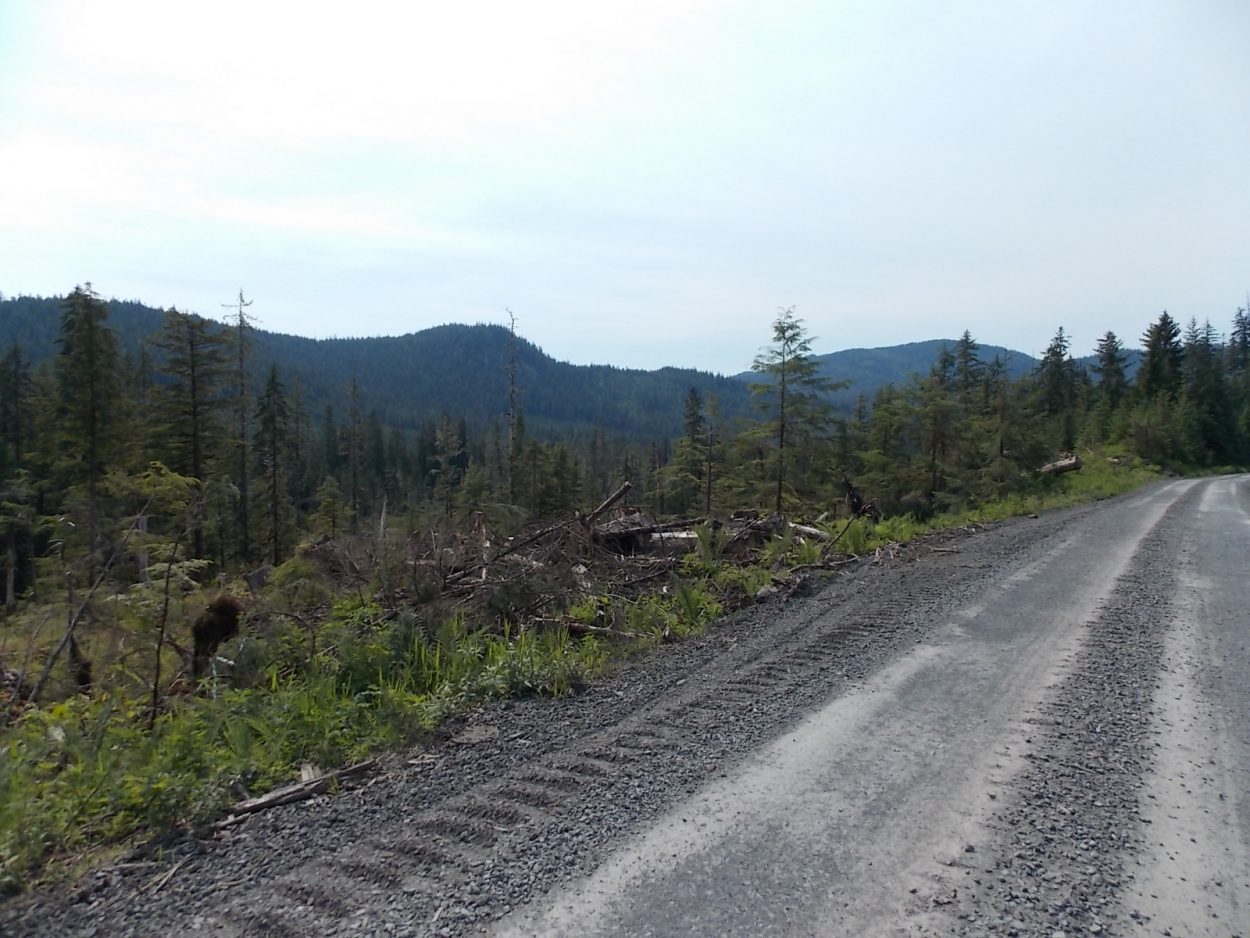 Petersburg’s borough assembly this week had some tough questions for state and federal officials and a consultant looking at possible road, ferry and electrical power line connections to the nearby community of Kake. Representatives of the U.S. Forest Service, Alaska Department of Transportation and a consultant for the Southeast Alaska Power Agency updated the assembly on the status of two separate studies for those projects this week.
For iFriendly audio, click here:
Two separate studies are underway, one looking at road and ferry improvements and another looking at a possible powerline between Petersburg and Kake. Petersburg’s assembly has asked to combine the two studies, since new road construction would help construction of a powerline.

Forest Service district ranger Jason Anderson told the assembly that the two projects needed to be looked at separately. “You’ve got two separate projects in the form of the Kake to Petersburg intertie, that’s the electrical transmission line,” Anderson said. “You’ve also got a separate project in the form of the Kake Access, the Federal Highways proposal. They have different underlying purpose and needs. One is to provide reduced cost power to the community of Kake, the other is to improve transportation opportunities to the community of Kake.” 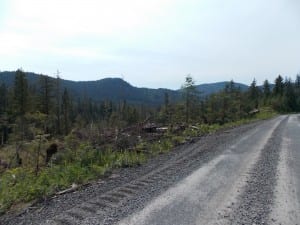 One option under consideration for a power line connection between Petersburg and Kake would follow existing logging roads on the Lindenberg Peninsula of Kupreanof Island.

The two studies are also on different schedules. An Environmental Impact Statement for the powerline could be done a year or more before the same document is finished for road and ferry options.

Mark Schinman with the consulting firm Commonwealth Associates is working on the powerline EIS for the SouthEast Alaska Power Agency. That organization owns the transmission lines connecting Petersburg, Wrangell and Ketchikan and would build and own the connection to Kake. Schinman outlined four alternatives, including a no action alternative, identified for the transmission line connection. The consultant’s proposed action is a route on the northern end of the island that could cost an estimated 66 million dollars
Another route, that runs through the center of Kupreanof Island is expected to cost about 59 million dollars.

Assembly member John Hoag questioned consultant Schinman about the cost estimates for the alternatives. “The alternative 4 south central route is cheaper but you don’t prefer that?” Hoag asked. “We don’t,” answered Schinman. “And maybe we’re betting on the come and thinking that the road will come. If the road doesn’t come along we may end up going that route. And that’s why it’s still part of the EIS and still being considered.”

Schinman also noted the cost estimates are still a moving target. “When we were in Kake last week, it dawned on me, the substation’s five miles out of town. And nobody, it didn’t seem like anybody planned a way to get the power from the substation into town. So, we had a gap there. So, I talked to IPEC (the Inside Passage Electrical Cooperative) the local electric utility and they said they didn’t have any money to do it so we need to include that as a part of our project. So we’re looking right now at moving the substation closer to town. So these numbers will go up, I did some back of the envelop calculations, maybe three million dollars.”

The cost estimates are calculated with the assumption that the road will not happen. If roadway is constructed along the powerline route, Schinmann said it will decrease construction and maintenance costs. For the powerline, a draft EIS could be out as soon as this October with a final document published next May. SEAPA has five million dollars in state grant money to study the powerline but no money to build it.

Meanwhile, the state has appropriated 40 million dollars for the road and ferry connection. The DOT’s Southeast region planning chief Andy Hughes said the overall project would include a ferry and two ferry terminals if the northern route is selected. The Kake Access Project, as its called, does not yet have any cost estimates or alternatives drawn up.

Assembly member John Havrilek asked Hughes about the state’s ability to fund construction and maintenance of the road, terminals and ferry. “But do you think you can get the money to do this?” Havrilek asked. “At this point yes we do,” Hughes said, prompting Havrilek to ask about funding for the ferry connection. “Yes, Hughes answered, adding, “And as far as, I might address, as far as maintenance goes, we wouldn’t be going forward with a proposal if we did not think we could maintain it year-round.”

The year round maintenance funding, and operating dollars for a new ferry service have been other concerns voiced by local elected officials about the road project.

Assembly member Cindy Lagoudakis pressed Hughes on that issue. “The state draft transportation plan actually paints quite a different picture about your deferred maintenance backlog and your ability to attract federal money and I’m curious to know how you think this road would rank on a priority list for funding for state and federal money, given that you’ve already identified that you have a shortfall. And it’s right on the web,” Lagoudakis said.

Hughes replied, “No that’s true.” Hughes continued that he thought the road and ferry connection would be funded. “At this point, the future will tell. We anticipate that funding will become tighter. At this point, at least in Southeast Alaska our priorities are such that we feel that we can fit this project in.”

The Federal Highway Administration is leading the study of possible road and ferry alternatives. A draft EIS for Kake transportation is not due out until the spring of 2015.