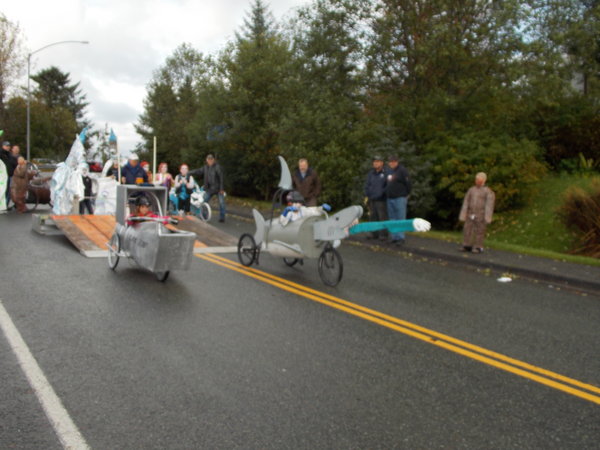 Five daring, young drivers sped down PFI hill in Petersburg Saturday for the annual Humpy-500 Go-cart race. It was the 18th year of the popular local event which is sponsored by Icicle Seafoods and other local businesses. Drivers, pit crews, and their grown-up advisors build sea-themed carts with a 55-gallon drum and a variety of wheels and hardware. The top prizes go to the teams with the most creative costumes and carts. This year, the competition included sea lions, a shark, a squid, the harbor security boat, and a savage sea monster. Matt Lichtenstein produced this audio-postcard of the event:
For downloadable, mobile-friendly audio, click here.

Meanwhile, two out-of-state entrants won the canned salmon classic. That’s the contest in which people try to guess how many cans of salmon are packed by Petersburg’s two major canneries: Icicle and Ocean Beauty Seafoods. The total was 28,688,952.

The two thousand dollar first place price went to Marty Bingisser from Woodinville, Washington. His guess was 2,829 cans below the actual total.

The one thousand dollar 2nd place prize went to Norma White of Sweet Home, Oregon. Her guess was 12,621 less than the total.

In 2012, the canned pack was 8,243,248 cans. That was a down season for pink salmon and unlike this year, Ocean Beauty didn’t operate its local cannery. 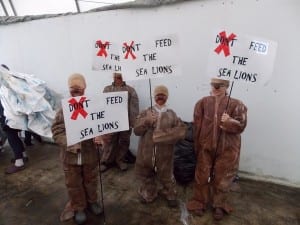 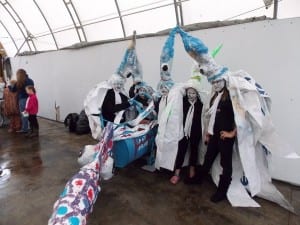 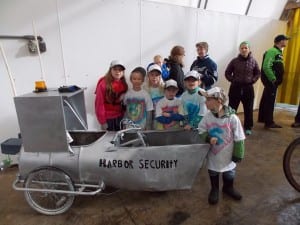 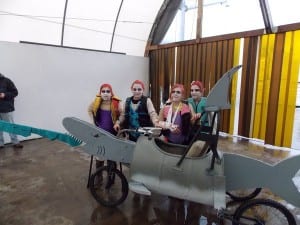 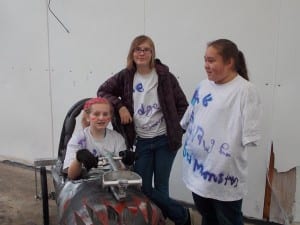