Flying to school in Petersburg 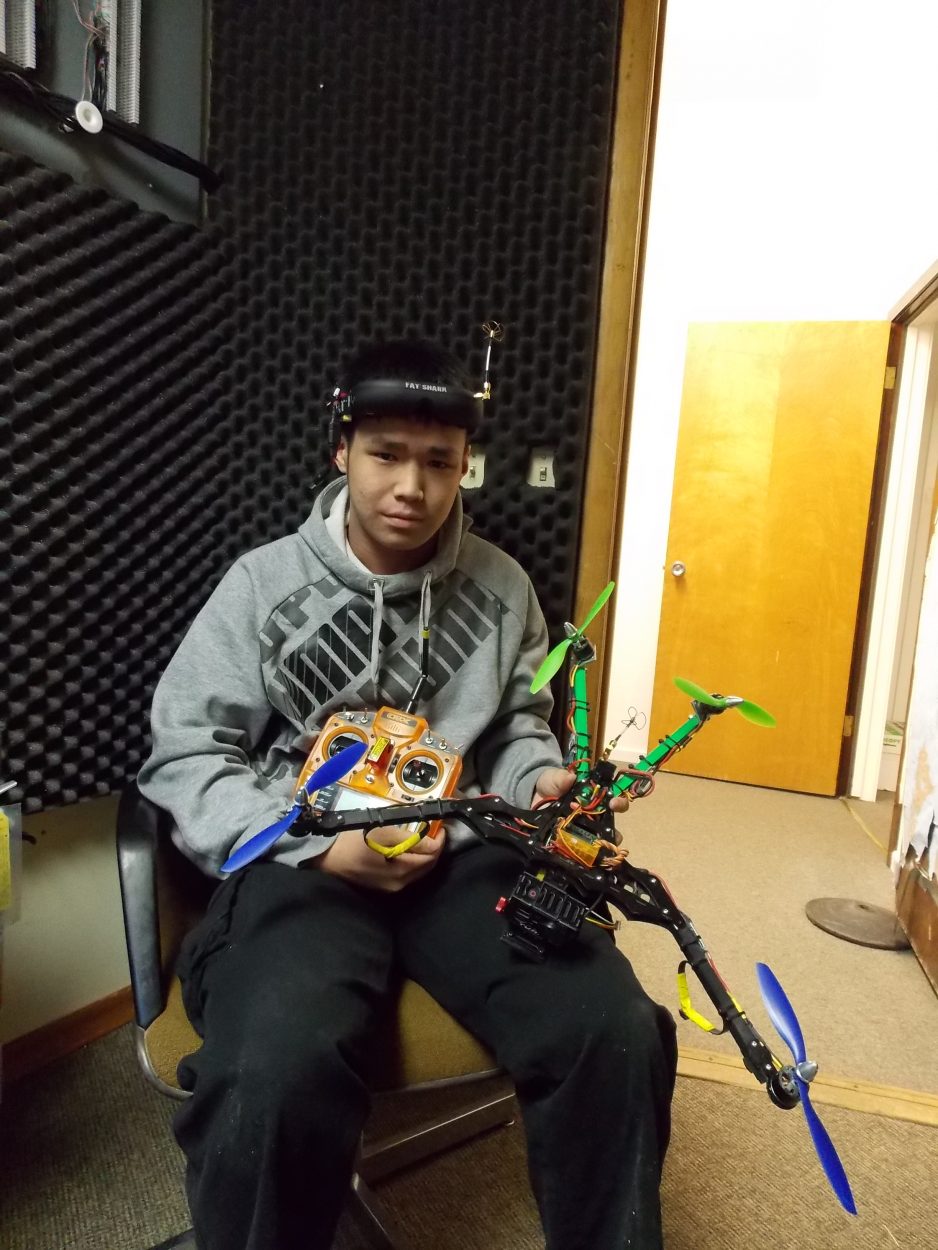 A new film by a Petersburg High School Senior provides a unique, birds-eye view of Petersburg. PK Bunyi’s video “A Simple Walk to School” starts out as just that. It’s a first person perspective of a typical morning. Waking up, getting out of bed, heading out the door. Then it takes a thrilling turn as the viewer leaves the street and soars off high above Petersburg.

Bunyi took the video with a small camera and transmitter mounted on a remote-controlled helicopter. While flying, he wore a pair of video goggles that gave him the real-time view from the aircraft itself as he took an aerial tour with some pretty skilled maneuvers. 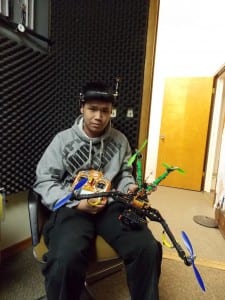 PK Bunyi with his quad-copter and FPV video goggles

FPV or “first person view” has become more popular among some hobbyists as the technology has become more widely available. Bunyi’s “Simple Walk to School” has been viewed more than 16 hundred times since he published it on Youtube less than a week ago. He plans to enter it in a contest called Ididamovie which is sponsored by the Alaska Society for Technology in Education. Matt Lichtenstein spoke with Bunyi about the film: For mobile-friendly, downloadable audio, click here.

PK Bunyi’s film, “A Simple Walk to School” can be seen on Youtube.