Land selection for Petersburg borough could be part of planning effort 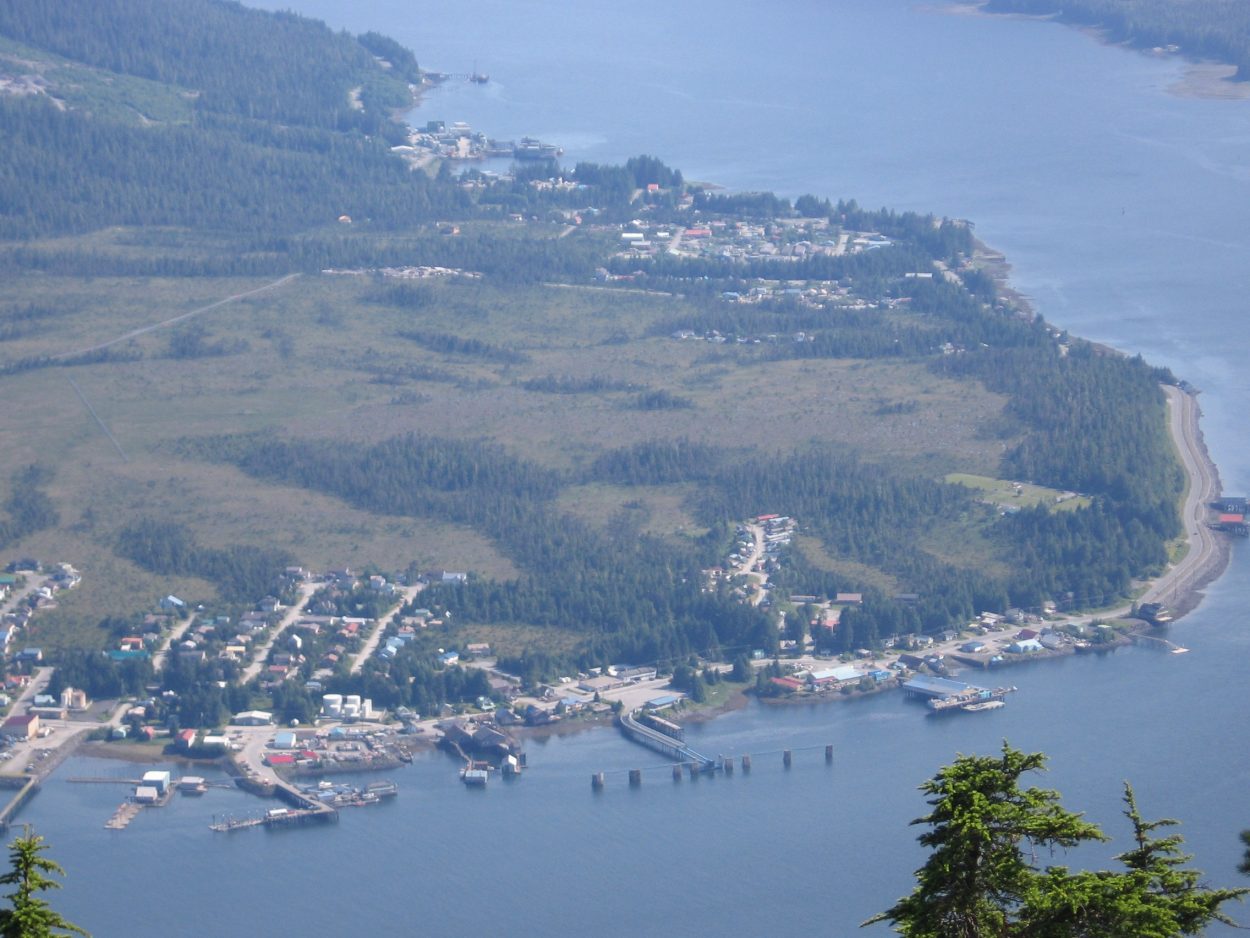 Selection of state land by the new Petersburg borough could be part of the process for revising the community’s comprehensive plan. The city of Petersburg’s last plan revision was completed over a decade ago. Borough officials hope to hire a consulting firm to do an update starting later this year. Meanwhile, a committee considering the state parcels available for selection are hoping to provide some early input for that process.

For mobile-friendly audio, click here:
Petersburg’s new borough will be able to select at least 10 percent of the state land in the new borough boundaries, from the land not already chosen to be part of a Southeast state forest, or part of land grants to the Alaska mental health trust and the university system. Petersburg officials may seek legislative help to boost the amount the borough could ultimately choose.

In the meantime, a committee of borough residents and officials this winter is looking through the available land parcels identified by the state.

At a January 10th meeting, committee member Dave Kensinger wanted to make it clear the group was thinking in the long term for any benefits from new land selections. “People get excited when you change things that this isn’t something that is even going to happen in their lifetime,” Kensinger said. “But we wanna make for sure that maybe your grandkid might be a beneficiary of this because, you know… I mean we only got the land we got and they won’t be making any more land. So we have to think that this is a long-term deal and hopefully somebody 80 years from now can say that what we did now was, they’re really glad we did it.”

The land selection process itself could be a long one – and it could go hand in hand with long term planning for the future of the borough.

Petersburg’s community development director Leo Luczak told the committee that Wrangell included their land selection as part of that community’s comprehensive plan revision. “And as part of the community process with the surveys and the public meetings it would demonstrate this was approved by the majority of the community. I think it helped their case a lot,” Luczak said. “I think it’d be nice if this group could kind of identify some parcels so that whoever gets the comp plan isn’t going to know our area well but if these are places we feel that would be important,” he added.

Some of the available parcels have already piqued the interest of the committee, including some of the waterfront land, or areas that could be used for rock and gravel pits. Possible quarry sites on the list were identified by public works director Karl Hagerman on the committee’s request. And member Ron Buschmann wanted to get other input from borough staff. “I think another thing we should do and I brought up the rock pits of course last time, but go to all the department heads and say what lands to you anticipate, for example the electrical department, we may need in the future for substations for the electrical or transportation facilities, something like that, just the utility necessities.”

The committee also wants to identify potential harbor facility parcels. Committee members hope to visit some of the parcels this year and document their condition and possibilities for use.

As for the comprehensive plan, the borough plans to seek consulting firms interested in doing the work later this year. Such a plan looks at current land use and zoning along with future needs for the community for both property and infrastructure. Public hearings on the plan would be in the winter and spring of 2015.

Petersburg’s last comprehensive plan was completed in 2000 after more than two years of hearings and revisions of the document. A large part of that process focused on plans for publically owned land at Sandy Beach.
This week borough manager Steve Giesbrecht said he’s still working on the language to seek companies to do the consulting work. “I want something different than just a standard comprehensive plan,” Giesbrecht said. “I want something that’s actually really usable. And I’m not sure that I don’t want it in some ways combined with the harbor development plan, because the harbor’s so important to this community. And I’m not sure I wanna have one firm doing one thing, one firm doing another and then having them go at cross purposes. So trying to get the language right on this proposal to send out to consultants, I’m having a difficult time with it. I want it to be just right.”

Giesbrecht said he hoped to have that request for proposals completed for the assembly to consider in another month or so.