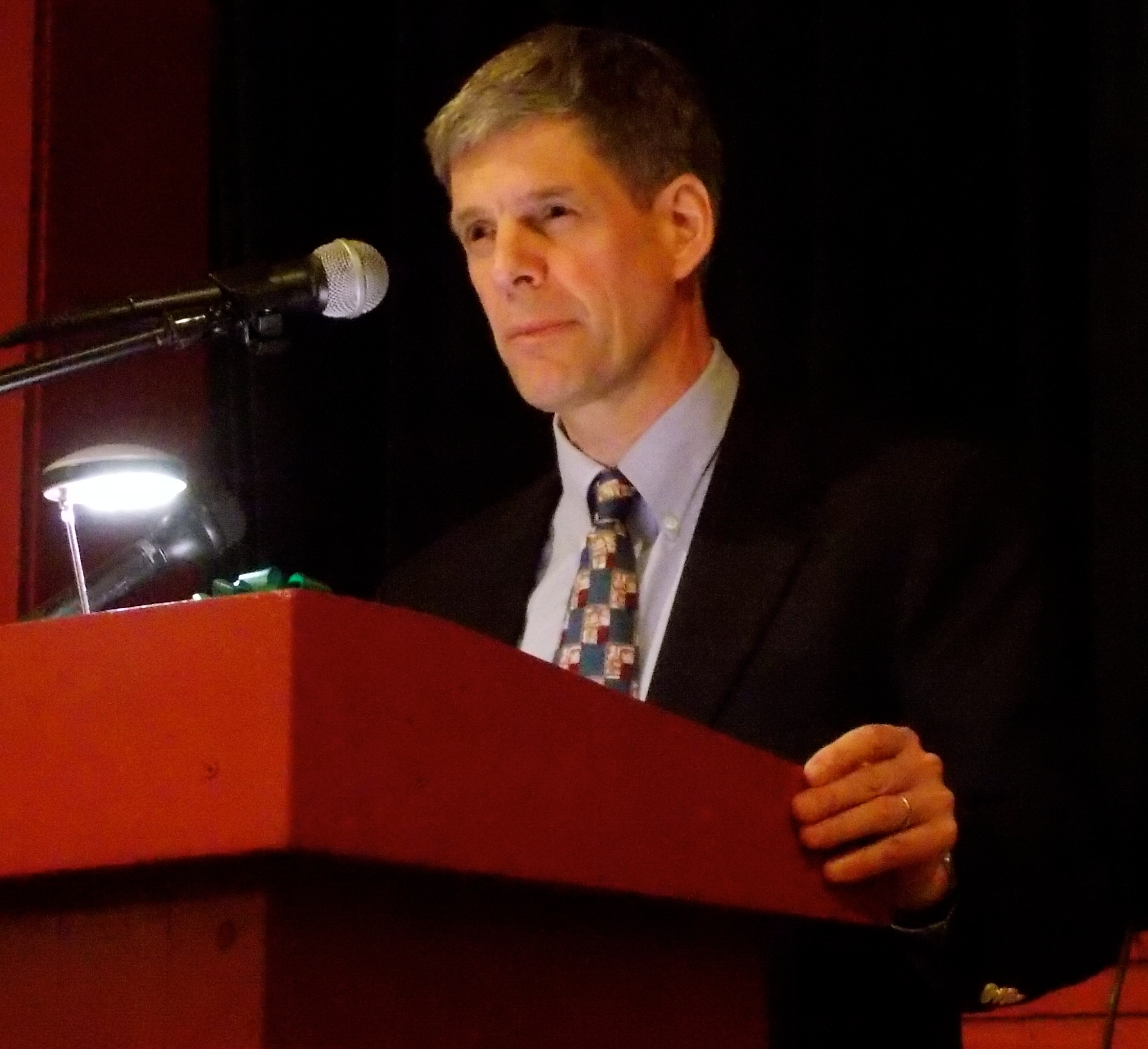 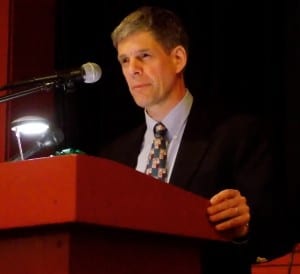 Petersburg is unarguably a fishing town but looking into diversifying the local economy might help lead to a more secure future for the community. That was the message coming from Dr. Gunnar Knapp who was the guest speaker at the Petersburg Chamber of Commerce annual banquet Saturday night.
Knapp is an economic researcher with the University of Alaska’s Institute of Social and Economic Research. He has been with ISER since 1981 and was a much anticipated speaker by those attending the event.

Chamber Board member, Donn Hayes, was the event’s MC and introduced Knapp.

“Since 1990 Dr. Knapp has studied world salmon markets and the effects of changing market conditions on the Alaska salmon industry,” Hayes said. “He has traveled to Canada, Japan, Russia, Norway, Chile, and Iceland in connection to his research on salmon markets.” 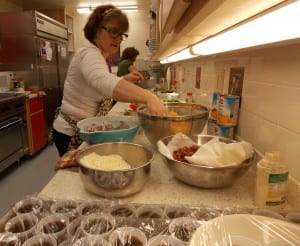 Liv Perschon and Heidi Lyons prepare food for the banquet through their business “Liv and Heidi Kjokken”.

He said currently, there are favorable market conditions globally for wild seafood. It stems from population growth, an increased awareness of the health benefits of seafood and countries that are coming into money like China.

Despite the current success, wild seafood has variables which cannot be controlled. There are challenges cropping up such as global warming and ocean acidification that could have uncertain consequences.

Knapp warned the audience that the economic future does not look easy. He predicts more of what we’re seeing now–less revenue from the state’s oil and less ability to rely on state and federal dollars. That could affect everything from capitol projects to housing to health care. 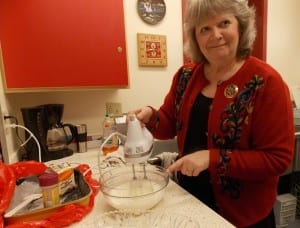 Sally Dwyer prepares whipped cream for her strawberry chocolate truffle cake, which would be part of the dessert auction.

He gave these four words of advice: “learn, diversify, engage and care.” He said part of that is to consider the growing fish farming industry.

“Swai. Who here’s ever had swai? Who’s ever heard of swai?” Knapp asked the crowd.

He said ‘swai’ is a made up name for a whitefish that’s farmed primarily in Vietnam and China. It’s the eighth most consumed fish in the United States.

“There’s aquaculture explosion happening around the world and it’s going to affect our markets but it is also a potential opportunity for fishing communities,” Knapp said. “I’m not advocating by any means that Alaskans should go into fish farming but I would strongly recommend that in a town with this kind of strong of Norwegian heritage you should all go visit your Norwegian relatives or their old fishing towns and learn about what kind of fish farming they have going on and how they feel about it and what’s good about it and what’s bad about it and see is there anything in this because I can assure that industry is changing rapidly.”

Pursuing other possible forms of income will help fishing communities make it through tough times when unforeseen challenges come up, he said.

“Look for ways to diversity beyond one industry. Diversify beyond fishing to, God forbid, sport fishing to tourism to other resource industries and to other things and your community will be stronger and more stable because of it,” Knapp said.

Even with the likelihood of shrinking federal and state dollars, he said it was important for residents to keep the community a vibrant place that others want to come and live in. He urged residents to take care of the infrastructure that matters to residents like the rec center, docks, and library.

“What did they tell me? This hall was built by volunteers a hundred years ago?” Knapp said, “and interesting, fixed up recently by a state grant.”

He said the future might need more of that kind of volunteerism, like it used to be.

After Knapp’s speech, the Petersburg Chamber of Commerce Business of the Year award went to the Alaska Airlines.