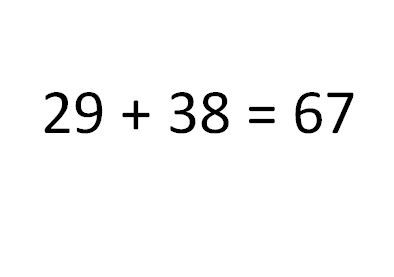 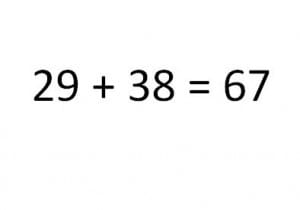 Math is difficult to learn for some students. To help make it easier and to meet state standards, the Rae C. Stedman Elementary School in Petersburg will be approaching the subject in a new way starting this fall. The Petersburg School Board, in its last meeting, approved a new math curriculum.

The new curriculum is called “Go Math K-5” and it’s been a long road leading up to it.

When first grade teacher, Michelle Brock, approached the school board about it, she brought along a large bag that caught their attention.

“This bag is about a tenth of all the different math stuff we’ve looked at,” Brock said. “I mean really, because we have all this different kind of materials.”

Teachers were introduced to new state standards last year and Brock said it was intimidating.

“And you look at it and it’s just like, ‘this is overwhelming, I have no idea’,” Brock said. “And we’re educated people and know how to teach math and there’s a lot of things in there that you just have to sit down and go through step by step.”

Erica Kludt-Painter is the Elementary school principal said, “It’s a huge process, teachers have spent a lot of time working on it.”

Kludt-Painter said they are looking at changing how they teach math in order to meet the new state standards, standards that she called “intense”.

“They pounded it into us as administrators and also just to work with our staffs on that as far as kind of the different way that we’re approaching mathematics instruction,” Kludt-Painter said.

Kludt-Painter says the “Go Math” curriculum is closely aligned to the state standards and should make meeting them easier. She said they’ve summarized the standards for each grade level into documents that are each about 7 to 8 pages long but she told the board to not be fooled by that.

“There are literally hundreds of hours that have gone into that document,” Kludt-Painter said.

The biggest difference with “Go Math” is in the instruction.

Fourth grade math teacher, Dan Sullivan, told the board that the material is about the same. He said it’s the WAY they would teach it that would change.

“In my grade it hasn’t particularly added, it’s more like taking things away, but more depth on the things that we do teach…move a little bit slower,” Sullivan said.

Sullivan gave this example of how the fourth graders would approach math differently.

“Making sense of problems and persevering in solving them,” Sullivan said. “And so a really big picture with kids and really focusing in on understanding what the constructs of these problems are.”

“I think it’s pushing it to say celebrating mistakes but mistakes aren’t bad things, we make mistakes when we learn,” Sullivan said. “I tell my kids constantly, ‘if you don’t make a mistake, you already knew this and I’m not teaching you anything, you already understand this concept, so mistakes are good things, we learn from our mistakes’.”

Another change that the new program could lead to is assessing students more often, such as taking smaller weekly tests instead of larger ones once a month.

The school board voted 4-0 in favor of the “Go Math” curriculum.