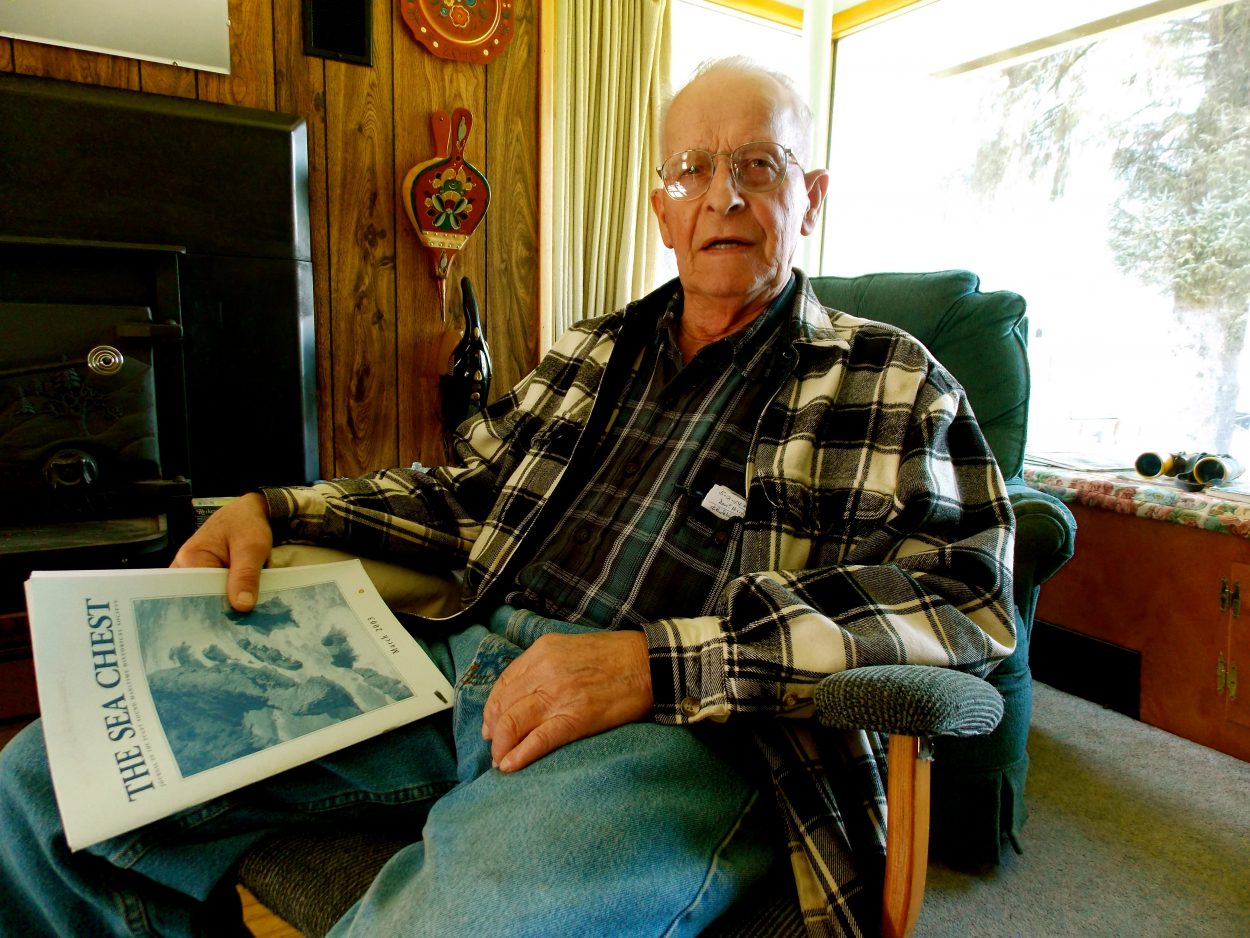 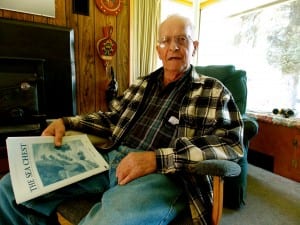 Art Hammer sits in his living room with a booklet of the 1946 shipwreck he was on. Photo/Angela Denning

Hammer is a well-known name in Petersburg. Hammer Slough is right downtown and a home there is where Art Hammer was born. His military experience came 20 years later, when he was drafted in 1942. He spent the next four years in the Air Force, all of that time in Alaska.

Mostly, he worked on the remote Aleutian island of Adak. He was part of the Air Sea Rescue with the 11th Air Force.

“We had a bunch of rescue boats,” Hammer said. “Small ones were 22 feet and the big ones were 114. And the fast boats were 85s and …there were several local guys that were skippers of these boats. I think Tommy Thompson had a boat and George Nicholson. He was raised here, he had a boat.”

These rescue boats, which were also called crash boats, would attempt to salvage planes and people who wrecked upon landing and takeoff, a pretty common occurrence back then.

“Like out at Amchitka, the field was right at the end of the island and planes would take off with a cold engine,” Hammer said. “You know, when fighters were going up. And a cold engine didn’t run all the time, it quit and the plane went in the drink. We had lots of them like that.”

He says his squadron also conducted emergency work hauling people around for medical attention. But Hammer’s job was not out on the water. He worked at the Adak headquarters to make sure all the men and boats were taken care of. . . and there were a lot of them.

“I think we had 46 boats if I remember right,” Hammer said. 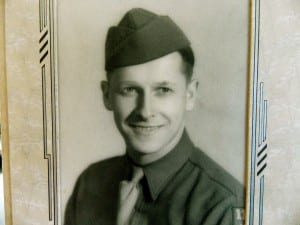 Art Hammer was in the Air Force in WWII. Photo courtesy of Art Hammer

Since Hammer had taken a few business classes before the war, the Air Force wanted him in the office as a manager.

“I spent all my time in red tape in squadron headquarters, taking care of red tape, you know,” Hammer said. “No problem to amount to much but it was sure a lot of work. It was seven days a week in the war.”

Hammer still went through training like other soldiers did. But he says, overall, it was pretty limited.

“They didn’t have much boot camp either because, they needed the men,” Hammer said, “and let’s see, I think the old formula was there had to be eight guys behind every guy at the front line.”

Hammer didn’t have any close calls in combat…not like the one he had on his way home from the war. After surviving four years in uniform, on his way back to Petersburg, the ship Hammer was on wrecked. It was 1946 when the SS Yukon drove into a snow storm near of Seward and hit rocks. Hammer was on board with nearly 400 other people. About a dozen of them perished.

“It was a little scary out because it was February 4th, four o’clock in the morning when it hit the beach,” Hammer said. 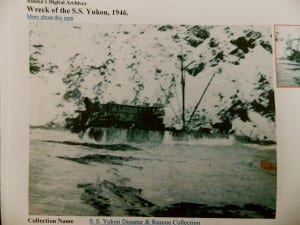 The SS Yukon after it wrecked in 1946. Photo courtesy of Art Hammer

Hammer says he was on the ship several nights while the passengers were being assisted.

Hammer returned to Petersburg where he continued a long career in the family business of running a store. He said back then it was more of a convenience store originally built in the 1920s. He has remained in town ever since and still pursues his favorite hobby–sport fishing.