Summer market kicks off in Petersburg 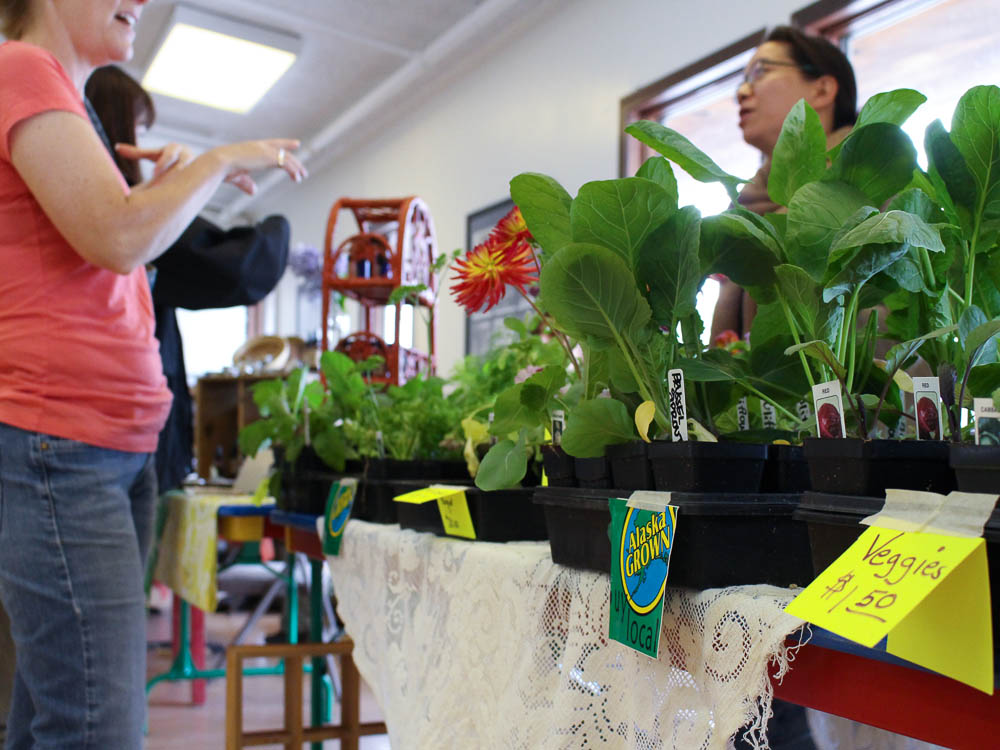 The Market in Petersburg kicked off this past weekend at the ANB/ANS Hall. Vendors were selling artisanal soaps, hand crafts, and seasonal produce. A large crowd turned out to buy the local goods.

Market
Inside the venue, bluegrass music filtered through the hall and shoppers filled their tote bags with pak choy and radishes. “I have the bug spray from Wild Fern. I’ve been attacked by bugs this summer, so hopefully that will keep them at bay,” Dara Que said. She also bought the second-to-last dill start.

By eleven thirty, even Farragut Farms was running low. They bring their produce from Farragut Bay to Petersburg on a sailboat. Depending on the tide, the trip can take up to four hours. But at the market, Marja Smets says the veggies didn’t last long. “Stuff flew off the table. We’re pretty excited. We’re pretty much all out. We’ve got pecan butter and some dried fruits, but all our greens went really fast.” She said later in the season, market goers can expect more produce, things like potatoes, sugar snap peas, and zucchini. 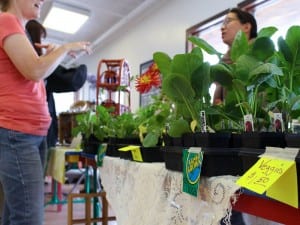 Shoppers at the market in Petersburg (Elizabeth Jenkins KFSK)

Shoreline Sweets was another vendor set up at the market. Owner Melinda May said the shop is famous for its bear claws and caramel. Recently, they decided to experiment with a new creation: jalapeno caramel. “It’s hot. It’s real sweet and then it kicks you with a bunch of fire,” When customers first try it, she says they’re surprised by the taste. “They look at me like that’s not hot at all. And then we talk about ten seconds or so and they say, ‘mmm that’s good’ again. And then they buy one or two blocks.”

By noon, the market was packed. Andrea Weathers (owner of Wild Fern Medicinal and organizer of the Market in Petersburg) looks around the room. She accesses the first run of the season. “We’ve got, I think, 14 tables and the people seem to be selling a lot. People’s booths are emptying,” Weathers said.

She has some advice for future market goers. “Come early.”

The next Petersburg Market will be June 14 from 10am to 1pm. There’s still space for vendors. You can contact Andrea Weathers at 772-3033 for more information.