Petersburg borough to reiterate its opposition to herbicides and pesticides 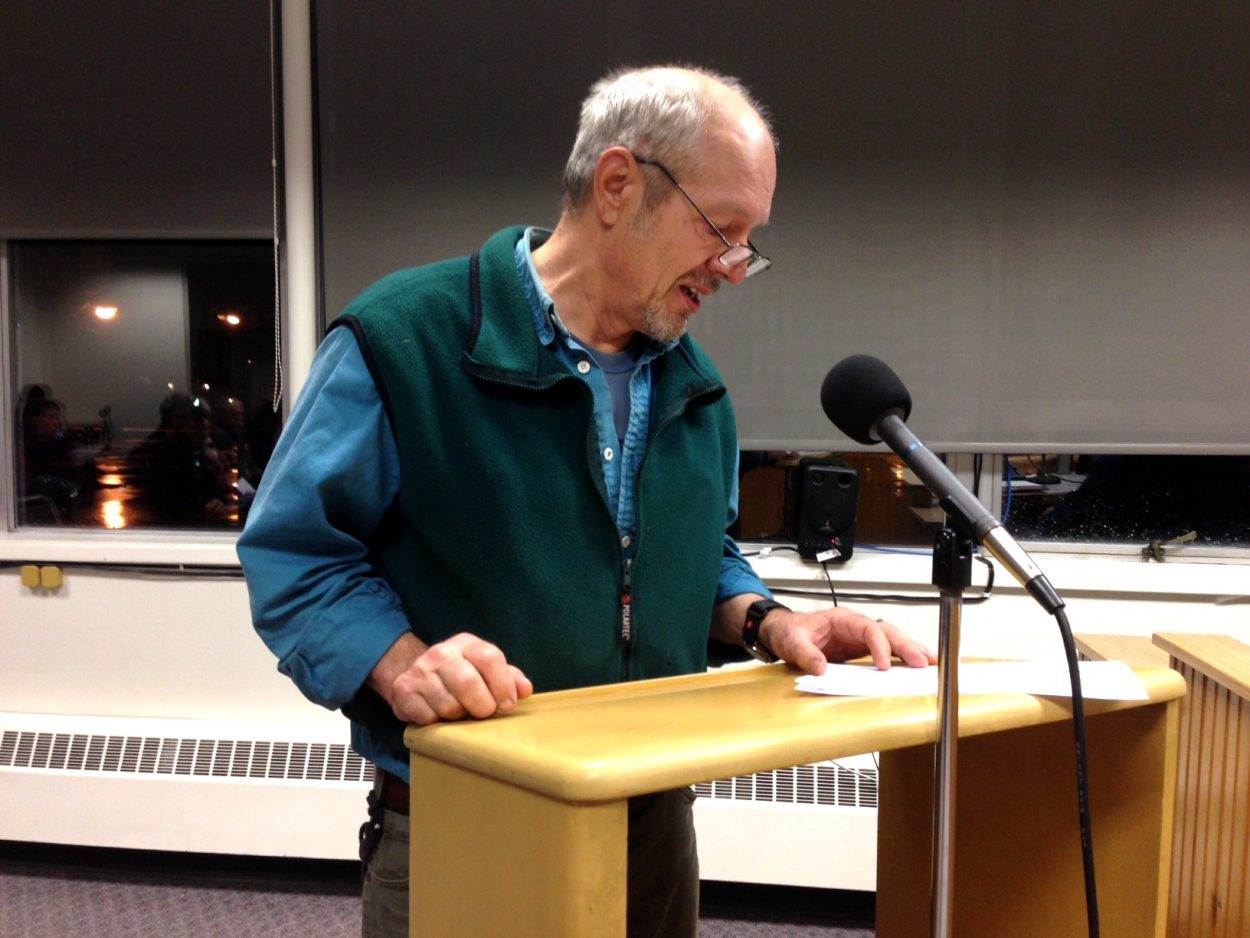 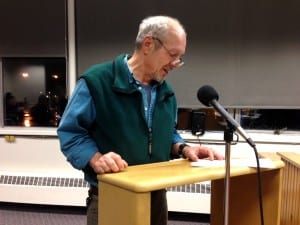 Joe Sebastian of Kupreanof spoke in support of the borough voicing opposition to spraying herbicides and pesticides. Photo/Angela Denning

The Petersburg Borough is concerned about the State using pesticides and herbicides to stop vegetation growth along state roadways.

The state has expedited the process by the Department of Environmental Conservation no longer requiring permits for spraying.

The borough’s assembly has already passed a resolution on the issue which was sent to the Governor’s office. However, Governor Sean Parnell, in a visit to Petersburg this month, said he was unaware of residents’ concerns.

The borough’s assembly at their last meeting voted to draft an ordinance to send a stronger message. The assembly looked at an ordinance that Skagway passed which would limit the applications of pesticides and herbicides within the Skagway borough that aren’t state lands.

Assembly member Nancy Strand brought the issue to the assembly. She said they could use Skagway’s ordinance as a model for drafting their own.

“We may not be able to have any say over what the state does on their property in our borough but we could at least require them to notify us when they’re spraying,” Strand said.

Several members of the public spoke in favor of the borough taking action against spraying.

“I strongly oppose this state action on the herbicide spraying of the roadway and vegetation,” said Kupreanof resident and commercial fisherman, Joe Sebastian. “I think it’s important for the borough to find alternative options and be able to estimate the costs of these options of this vegetation removal in order to present this to the state.”

Sebastian said if the state won’t listen perhaps other municipalities in the region could join forces in a class action lawsuit against the state.

“I think really this is kind of thing a borough needs to stand up against,” Sebastian said.

Suzanne West supported the borough coming up with a similar ordinance to Skagway’s, calling it a public safety issue and an environmental issue. She explained to the assembly that she lives out the road on the waterside of Mitkof Highway and they use the water that passes by there from the other side of the road.

“So that would possibly incur spraying on both sides of the highway and we berry pick and we use the water that comes from the hillside,” West said. “In the summer it’s used for our vegetable garden.”

Borough resident Karen McCallough said she has always been very concerned with herbicides and pesticides.

“I was married to an agent orange veteran who is now deceased,” McCallough said. “The veterans didn’t know what was being dumped on them. They got the effects after and they’re living with it still. We are more aware now and I would urge a very strong stand by the borough.”

Resident Mike Stainbrook thought Skagway’s ordinance was a way to protect the fish and the people.

“I read their ordinance and feel that Skagway’s desire to protect their quality of life and the health of its citizens, its animals and its ecosystem as well as mentioning watershed is as important in Skagway as it is to us here,” Stainbrook said.

In the end, the borough assembly directed Borough Manager, Steve Geisbrecht, to draft an ordinance that includes local specifics.

“And I don’t think we can be strong enough in our response to that,” said Assembly member Jeigh Stanton Gregor. “As was pointed out tonight, this is drinking water, this is places where kids and grand kids play. And we can put any coating on it we want but we’re really talking about spraying poisons into our ground water right off the road where people are walking their dogs and I think the state needs to know in no uncertain terms how we as a community feel about that. Even if it means we have to repeat ourselves multiple times, I’m comfortable with that.”

The next borough assembly meeting is November 3 at noon.