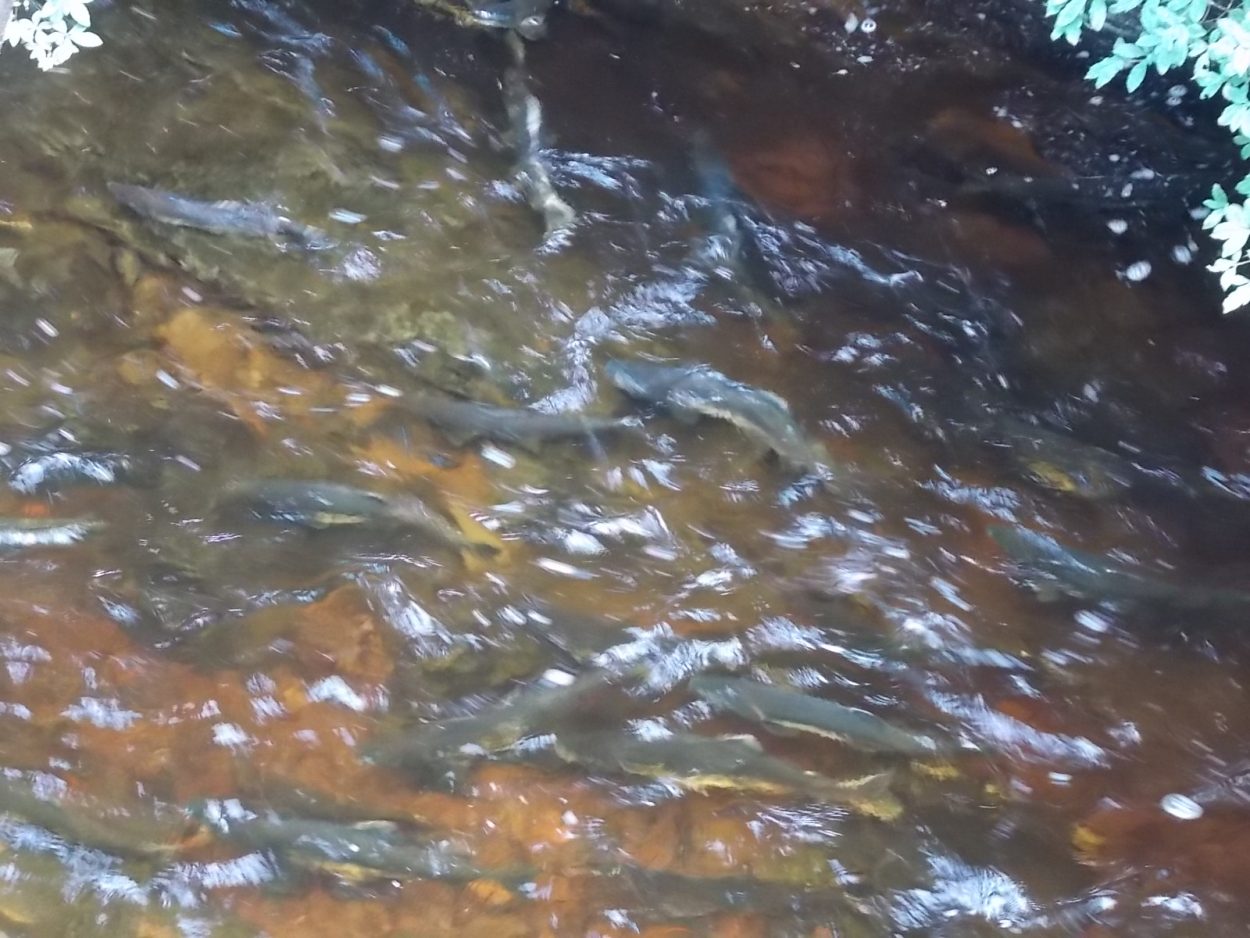 Fishery managers are forecasting another big harvest of pink salmon in Southeast Alaska next year. The Alaska Department of Fish and Game is estimating the region’s catch in 2015 could hit 58 million pinks and is forecast to fall somewhere between 37 and 79 million humpies.

Fish and Game expects Southeast’s pink catch next year will fall in the “excellent” category compared to historical numbers.

“You know if the harvest turns out to be in that range, that would be one of the top ten harvests in Southeast Alaska since statehood” said, Andy Piston, the department’s pink and chum salmon project leader for Southeast. “So we’re hoping for a strong return,”

To produce its forecast, the department uses trends in harvests from recent years along with numbers of outgoing juvenile pinks sampled by federal fisheries scientists annually. Humpies have a two-year life cycle, spending the first year in fresh water before heading out to sea. Piston noted that next year’s pinks will be the offspring of the record setting catch and returns from 2013. “We had a harvest of 95 million which was almost 20 million higher than any other harvest since statehood,” he said. “And in addition to that we had really strong escapements throughout the region. In all three subregions of Southeast Alaska, we had very very good escapements. So there was no real weak spot. So look ahead to 2015 as far as escapements go they were good throughout the region.”

Escapement is a term for the salmon that make it past fishing nets and back to the creeks and rivers to spawn. 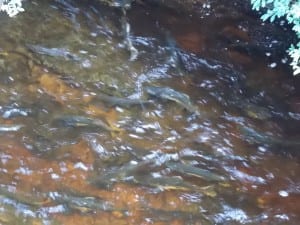 Since 2006, Southeast has been in two-year a cycle of high and low catches, with larger hauls in odd years and smaller harvests in even years. This year’s catch continued that trend to some degree, although the catch of 37 million was nearly twice what the department forecast going into this season. Most of the catch this year came from the southern Panhandle and outer coast. Piston said it’s only one area of Southeast that has seen such a big fluctuation between years. “The area that’s really the problem is our northern Southeast inside waters. There we’re seeing extreme odd-even year fluctuations. Especially the last couple of years we’ve gone from near record harvests to extremely low harvests. So it’s not a region-wide phenomenon right now. It’s mainly just that one sub-region that still has some weakness in even years.”

For next year, Piston sounded a note of caution about ocean conditions, and in particular, warmer-than-normal water temperatures. “The last time we saw notably warm water like this where we were seeing unusual species showing up in the Gulf and things like that, we ended up having, that’s when we had the poor return even year pinks in 2006. Those fish went out in 2005 under those anomalous conditions. I guess that’s the main reason to be cautious about next year’s return is we just don’t know what these conditions are going to do.”

Pinks are targeted primarily by the region’s purse seine fleet and have traditionally ended up in cans.