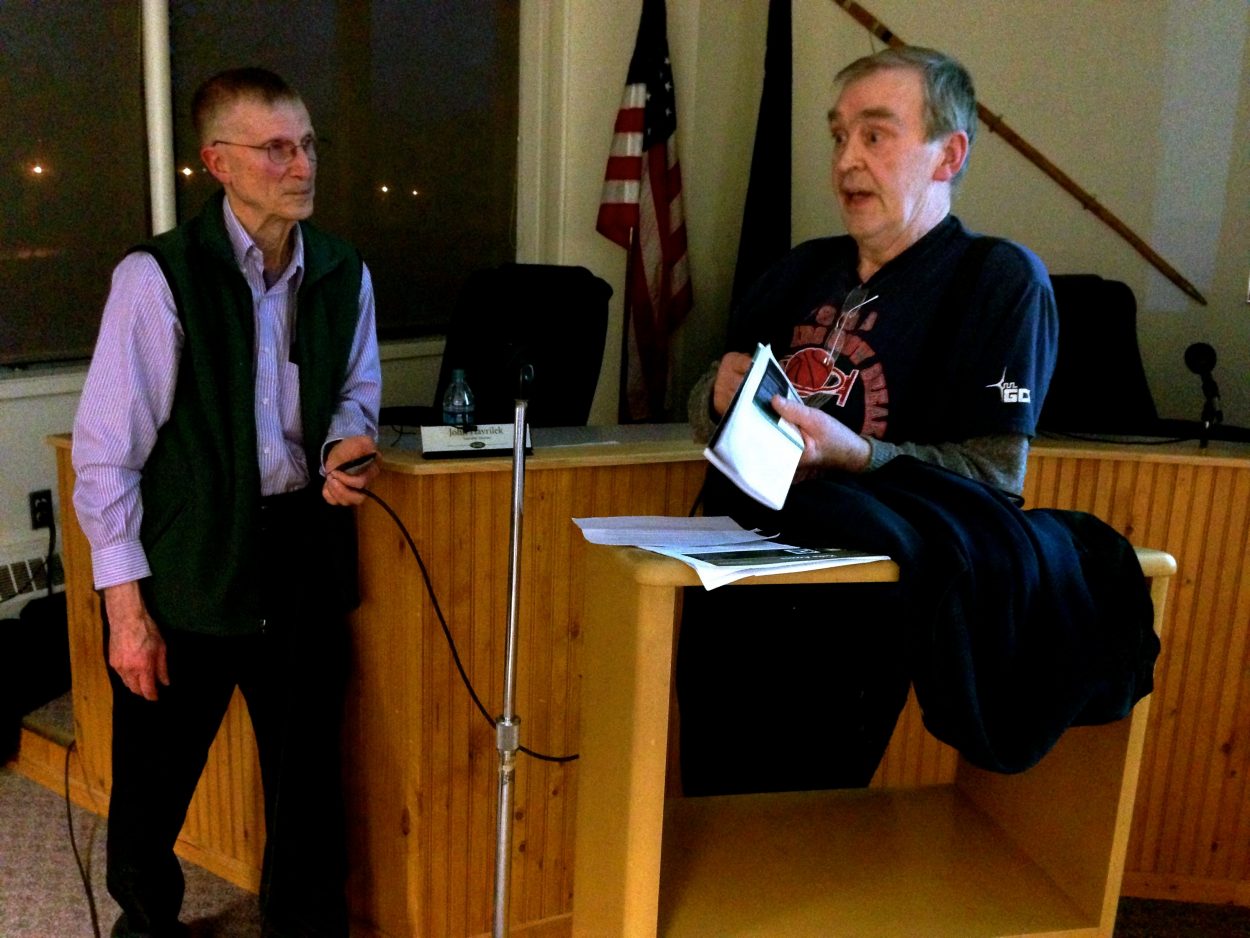 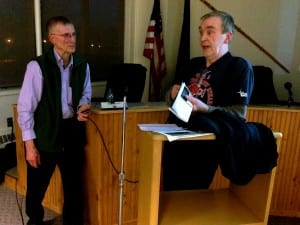 State and federal planners presented the latest information about a proposed road project across Kupreanof Island in Southeast Alaska at a meeting in Petersburg March 10. The project, which could increase travel opportunities for Kake residents, continues to face heavy skepticism from people in Petersburg and Kupreanof.

The project known as the “Kake Access Project” started in 2012 with an appropriation of $40 million from the Alaska Legislature for constructing a single lane gravel road between Kake and Petersburg, a distance of approximately 40 miles. The road would require a shuttle ferry connection at some point to connect Mitkof and Kupreanof Islands.

The project has been criticized in Petersburg and Kupreanof as a “pipe dream” and unnecessary. But the state says they have heard differing opinions about the need and want to revise the project’s Purpose and Needs Statement, a part of the environmental review.

The Alaska Department of Transportation is working with the Federal Highway Administration to study the project.

“What we’re trying to assemble is an accurate picture of the need,” Hughes said, “respective needs of the two communities for road connection between Kake and Petersburg, and in their needs at large and how a road might address those needs.”

To help answer those questions, the state commissioned a survey by research groups, McDowell Group and Northern Economics both based out of Anchorage. 301 people in Petersburg were interviewed and 50 in Kake by land lines and cell phones.

The survey showed that Juneau was by far the desired designation for both communities. Sitka was another hot spot for Kake residents. It also showed that a proposed road was unlikely to change the way the two communities travel, according to Jonathon King with Northern Economics.

In the past, the project has looked at two main routes, a northern route and southern one, but at the meeting a few new alternatives were presented that would go through the Petersburg Creek Duncan Salt Chuck Wilderness Area. Hughes says the idea came from Kupreanof residents who wanted no route near their town. 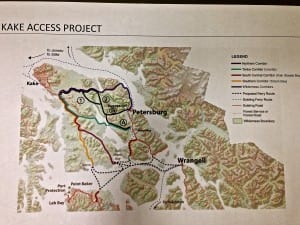 If the project went with one of the wilderness routes, the state would have to submit an application to the Congress under ANILCA, the Alaska National Interest Lands Conservation Act.

Then it was time for public testimony. Petersburg and Kupreanof residents seemed unimpressed with the new information.

“This is kind of a make it up as you go along thing,” said Petersburg resident, Suzanne West. “Every time we have these meetings there’s a scenario but it’s based on our input and our questions and then you come back a couple of years later and we aren’t really any more clear on really what is the purpose and need. It’s like its being jammed down our throats when we don’t have a need for this.”

Another of the many skeptics was Joe Sebastian of Kupreanof.

“Where’s all the people in favor of the road? How come there’s not a bunch of people sitting here, ‘We really want it. We’re so glad you brought this too us because we really from the bottom of our hearts we’ve been waiting for this to happen,” Sebastian said. “I don’t see nobody saying that. It’s a bunch of people questioning the logic of this plan. Just the shuttle ferry itself is such a huge expense. I don’t see how people can sit with straight face and tell ‘Oh, yeah, it’s all part of the package, all part of the package.”

Some residents questioned if a new road and shuttle ferry would be part of the state transitioning to more day ferries and less mainline ferries. They were concerned that it could change the current mainline ferry schedule for Petersburg.

Hughes told them they were separate issues.

David Beebe of Kupreanof then asked if they could get a promise that the road in the future wouldn’t be upgraded to a highway. The question garnered some laughs in the audience, including from Hughes but he said the answer was no. He said most single roads eventually get upgraded.

Several residents questioned the project in light of state budget cuts happening right now because of a revenue shortfall. They wondered about the $40 million from the state. Hughes said the money was not secure.

Hughes: “I would not say it’s insulated or safe.”
Denning: “It could be moved and used in some other way?”
Hughes: “The Legislature could remove the funds. Yes.”

Beebe, who said he was representing the City of Kupreanof, questioned if there was a point when the state says enough? How many people have to be against the project before the state stops pushing for it?

“I mean, is there a tipping point of public opinion here?” Beebe asked. “To what extent is it going to take public responses that say, ‘This doesn’t make sense on paper.’ You know, it appears this process is nothing more than fixing facts around a predetermined outcome.”

Hughes says their next step is to revise the Purpose and Needs Statement with the input they have gathered from the public from the Petersburg meeting and another one that was held in Kake, March 11.