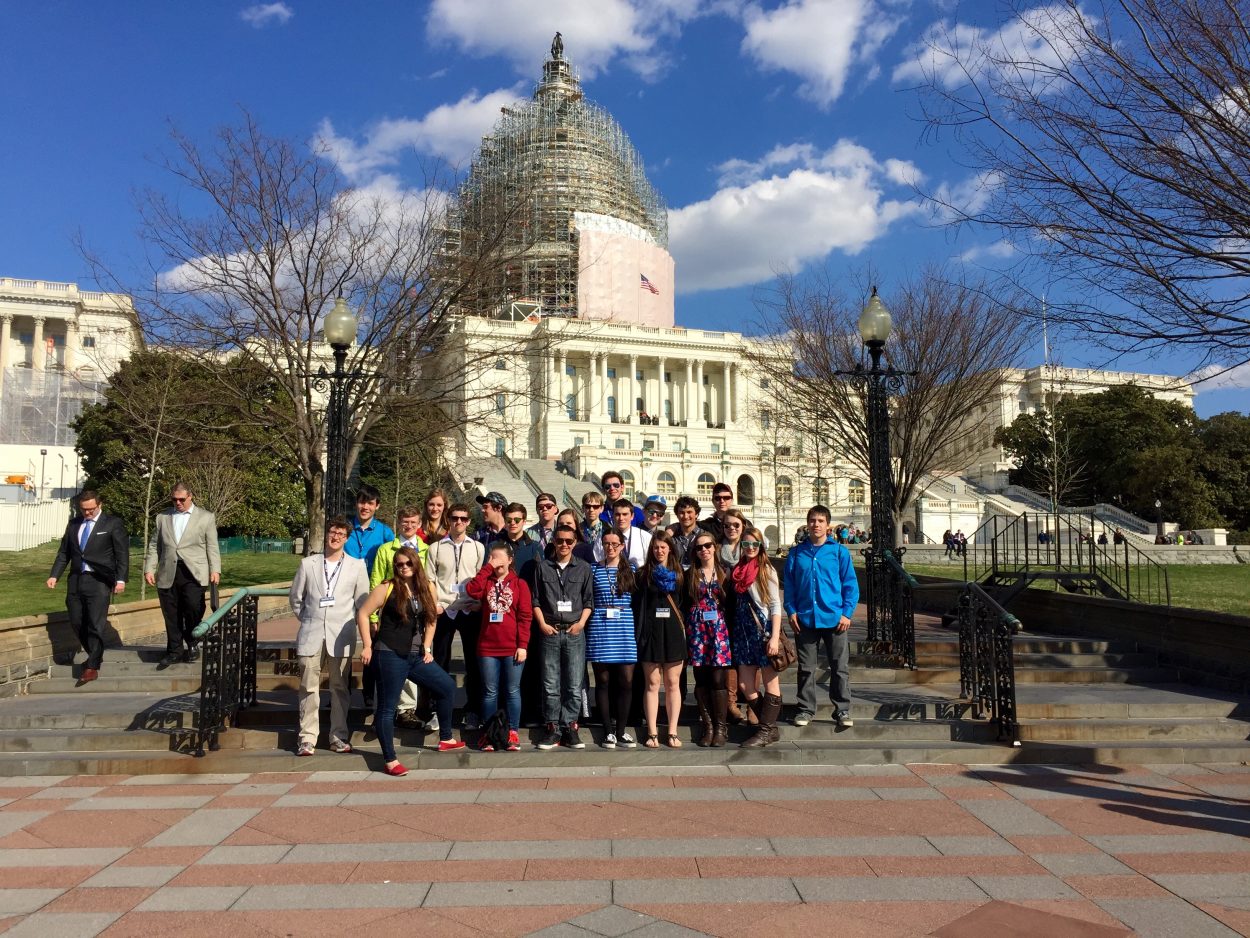 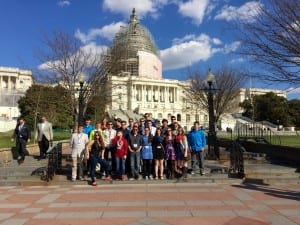 This year Petersburg High School sent 24 juniors and seniors to Washington, DC for an indepth look at what goes on there. The program is called, “Close Up.”

Petersburg High School teacher and Close up Advisor, Jim Engell, traveled with the high school students. He says they were immersed in politics while in the country’s capital.

“You get to go see all the monuments and museums and buildings and there’s also workshops that involve political discussions about different issues of the day,” Engell says. “Kids get involved in those conversations and then they also partake in mock congress simulation where they’ve worked on these issues and then they have a bill to present before a committee and then hopefully get it to the floor to vote. There’s also a Capital Hill Day where they go and just spend the whole day on Capital Hill. They go and either meet the representatives and senators or talk to staff from their offices and we tour the, they can go and look at the supreme court building they can look at the library of congress. We took a look at the Unites States Capital. About a two hour tour. They get to do a cultural event. Sometimes thats a play. This year it happened to be a Washington Wizard basketball game, and then the week comes to an end. So they get to go all over the place; to National Cemetery, they see all the monuments. They’re busy. They’re pretty much up at 6:45 in the morning and lights out 11. Up until about ten o’clock they’re busy doing stuff.”

The students started their trip in Philadelphia and then drove down to Washington, DC. Engell says that the visit had a positive impact on the students. He says it’s a unique experience that brings government to life.

“They’re at the seat of the United States Government and they get to experience what they see in a textbook and what they see on TV, what we talk about,” Engell says. “They’re suddenly looking at the supreme court. Some of them got to walk through the halls. I’m not sure if any of them got to sit in on an open arguments before the supreme court. But to sit in the United States capital and look at where the representatives make law. To go past the white house and to see that, to look at the monuments, to see the names on the Vietnam Memorial, to watch the changing of the guard of the Arlington National Cemetery. It brings all the things that we study in social studies alive for the kid. We got to walk through Independence Hall where the Constitution and the Declaration of Independence were signed. To be forty feet away from the chair where George Washington sat. The original chair where George Washington sat to preside over the Constitutional Convention. You don’t get to do that here in Petersburg. It’s just a really neat experience for them to see it all first hand plus they get to interact with kids from all over the country. We had kids in our hotel from Florida, from Louisiana, from Panama, kids from north Dakota, Minnesota, Alaska. They just get to talk to kids that are living in different areas of the world from where we live and they get to hear what issues they’re dealing with if their in their communities and share what’s happening in our community and they make lifelong friends from that so it’s kind of a neat experience from that perspective as well.”

Students have to pay for the trip but cover some of the costs through fundraising. Mr. Engell says that the support from the community helps make it possible for kids to go.

“Well the community is very generous, we raise , probably raise half the money that it takes to go because it is pretty pricy,” Engell says. “I mean you’re paying, your tuition pays for the full week at the hotel all the transportation that happens during the week of Close Up which is usually motor coach buses and subways. It pays for all your meals from the beginning of Close Up to the end of Close up. It pays for the instructors they’re dealing with and security at the hotel because every floor has multiple people that are security who stay up all night to make sure the kids are safe. Plus the airfare and the extra hotels we have to have because we live in Alaska. Our community is very generous in that respect. This is the fourth time I’ve done Close Up and I think every year this community opens their wallets up and generously gives to Close Up so it does require a lot of fundraising. We do fundraisers like seaweed gathering, we do the Christmas Cash Raffle, we do dinners, we do other raffles some years. So the community says its an important event and we’re going to send you.”

The Close Up program runs every other year. The next trip with be in the spring of 2017.