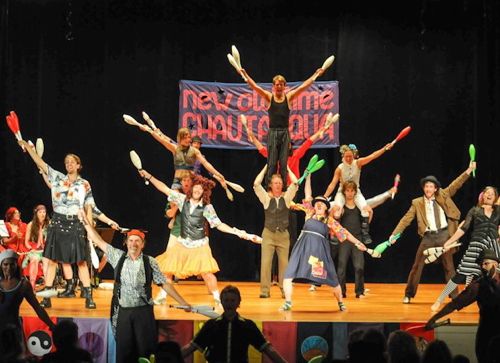 The schedule of events is here 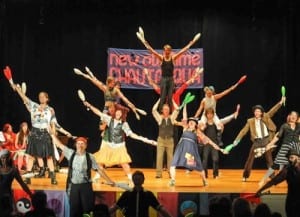 The New Old Time Chautauqua is coming to town on Sunday. The Chautauqua is a traveling band of about 50 artists, circus performers, kids and musicians journeying around Southeast this summer.

Chautauquas reached their peak of popularity in the 20s. They aimed to provide entertainment and education to peoples of all ages. Teddy Roosevelt said the Chautauqua’s were “the most American thing in America”. They died out in the following decade as Americans turned to movies and fast cars over more prosaic forms of entertainment.

Now though there is a Chautauqua revival. I asked Heidi Lee, the facilitator of the trip in Petersburg, how the Chautauqua ended up coming to Southeast.