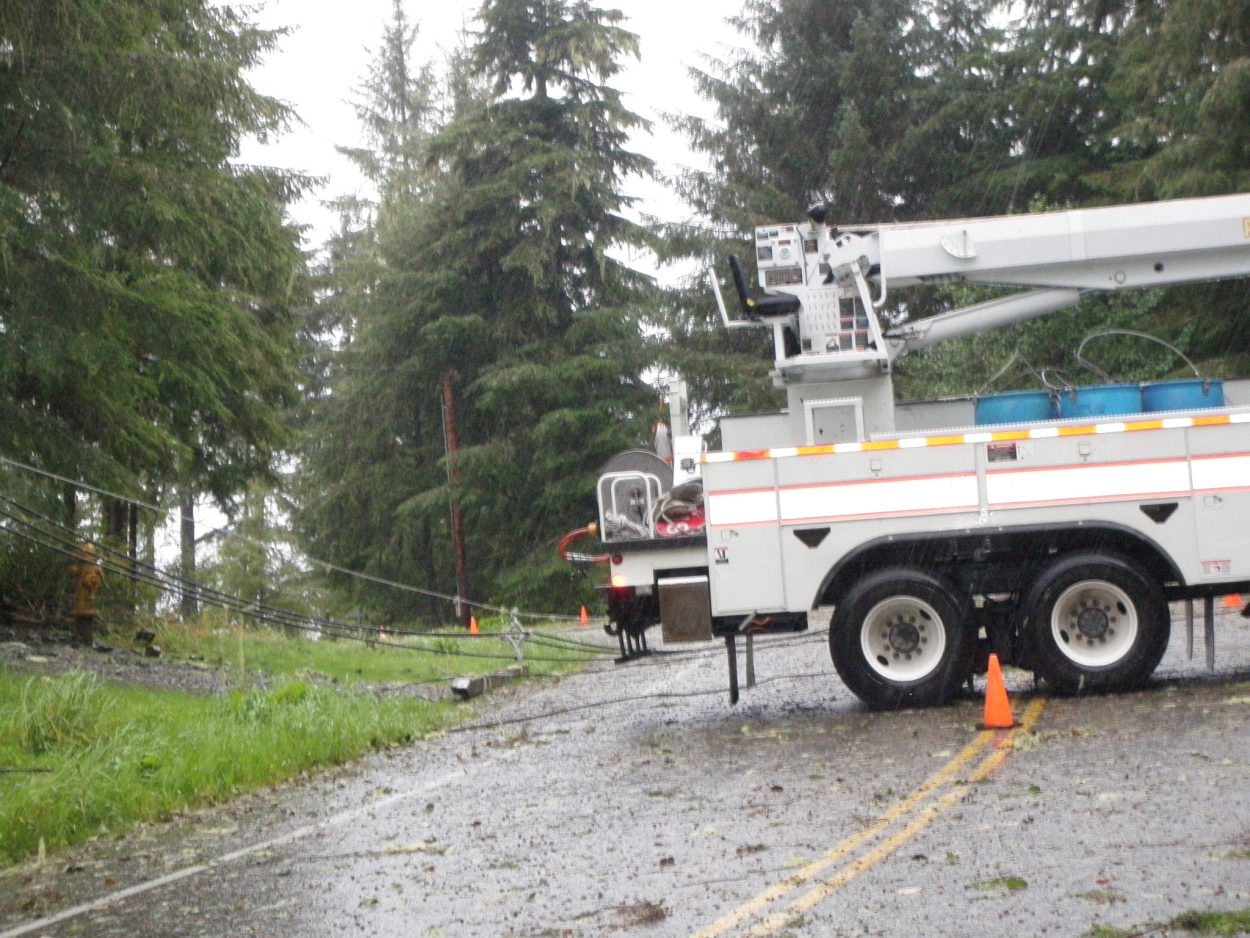 Borough electrical workers in Petersburg have a new three-year contract. Petersburg’s borough assembly Monday ratified the agreement, which provides small salary increases and some other changes.

Petersburg Municipal Power and Light employees are represented by the International Brotherhood of Electrical Workers local 1547, a statewide union with units based in Ketchikan, Juneau, Fairbanks and Anchorage.

Salary increases for the Petersburg employees average out to two percent in the first and second years of the agreement and one percent in the third. The additional cost of the new contract to the borough is estimated at 156,000 dollars over that three years.

Borough manager Steve Giesbrecht this month highlighted the changes from the old contract, including a reduction in PTO, paid time off, or vacation leave. “PTO was reduced for IBEW employees to match the PMEA employees. These are new employees being hired in. So both contracts are the same now in that area.”

The PMEA, or Petersburg Municipal Employees Association is the larger of the two bargaining units of borough employees, represented by a different union. That group has a three-year contract that runs through June of 2017. The two pacts are not connected although negotiations with one union unit have influenced the other agreement in the past.

Under this year’s IBEW agreement, new employees earn between 23 and 39 days of vacation time, depending on how long they’ve been with the department. Giesbrecht told the assembly about some of the other changes to salaries in the agreement. “We did some adjustments on a couple of positions we felt we were falling behind on, where when we did our comparisons we were not paying enough,” he explained. “Made some adjustments on relationships between a couple of positions, so supervisory types were making enough more than the person to encourage people to want those kinda jobs with the added responsibility.”

The pact covers 10 employees of the Power and Light department. One of those jobs is vacant right now but the borough has hired someone to start in August. Those employees are responsible for keeping the lights on, including linemen, electricians and mechanics, a meter reader and office personnel. IBEW representative Jay Rhodes declined comment other than to say the agreement was ratified by members. According to the borough, the employee vote was 5-4 to approve the contract. Assembly members approved the new pact Monday by a 4-0 vote with no discussion. It runs through June of 2018 or until a new agreement is negotiated.

In related news, the assembly also approved the purchase of a bucket truck for the electrical department for just under 140-thousand dollars.