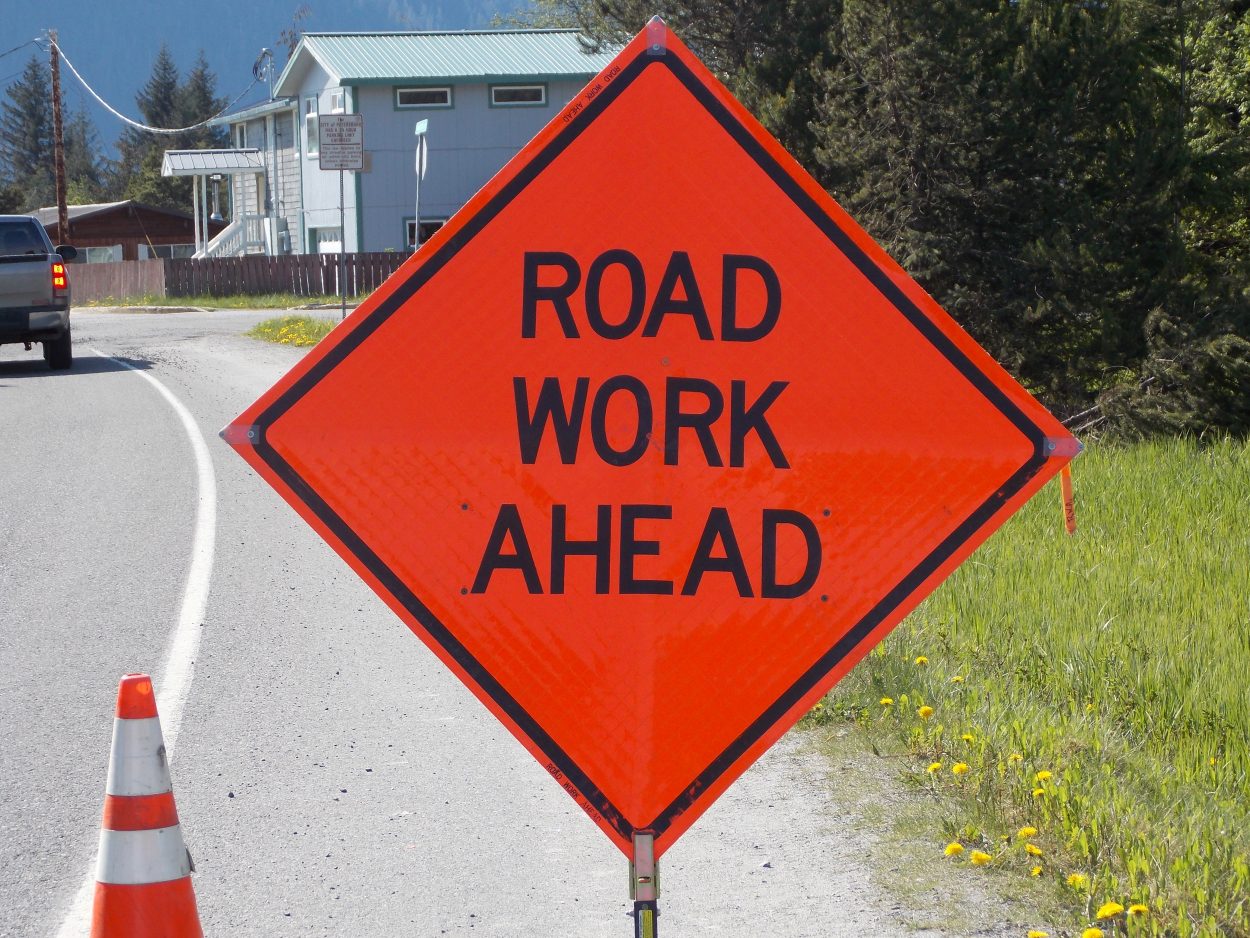 Motorists can expect more traffic delays on South Nordic Drive south of downtown Petersburg next week.
Work is expected to start on installation of a new sewer line in the roadway for about one mile out to the ferry terminal. That’s being done in conjunction with sidewalk, drainage and pavement replacement on that stretch of South Nordic.

Borough manager Steve Giesbrecht reported on the sewer line work during Monday’s meeting. “Rock and Road (Construction) will be starting the force main installation on South Nordic on July 13th,” Giesbrecht said. “The public should drive slowly through all project work sites and pay attention to any flaggers or other traffic control devices that may be in use. Drivers can expect up to a 10 minute wait at times so the public should plan accordingly for getting through the construction zones.”

The current 50-year-old iron sewer line is buried under the beach along South Nordic. That pipe is corroded and has leaked in the past and will be replaced with a new sewer pipe in the South Nordic Drive roadway. The project also includes replacement of two sewer pump stations. The 2.5-million dollar upgrade is being paid for with a combination of state grant and loan money.

The loan money for this and other utility projects will be repaid with the money from small annual increases in rates for water, sewer and garbage service. Those annual increases were approved in 2012 and continue each year through 2018. The rate hikes take effect at the beginning of the fiscal year in July, so borough manager Giesbrecht reminded residents they will see two percent hikes for water and garbage along with four and half percent on sewer bills for this month.

In other news, the assembly approved repair work on a damaged boiler at the community pool. That facility shut down in late May and early June after parts of both boilers burned up. One boiler was not as damaged and was repaired in June, enabling the borough to re-open the pool.

Parks and Recreation director Donnie Hayes Monday told the assembly that a technician found damage on switches that are supposed to turn the boiler on and off. “When he started pulling off those connectors he found a lot of pitting on those,” Hayes said, adding, “which that pitting, led to them sticking to each other. Which then they couldn’t let go when they were being told to let go. Which then forced all those elements to continually burn and burn and burn which led to the fire we had right now.”

Hayes said the technician recommended keeping an eye on those switches but could only guess at the cause of the pitting damage. The price tag for rebuilding that boiler is just under 21,000 dollars. The assembly approved that spending 4-0. They also approved changes to the current year’s budget including that boiler work.