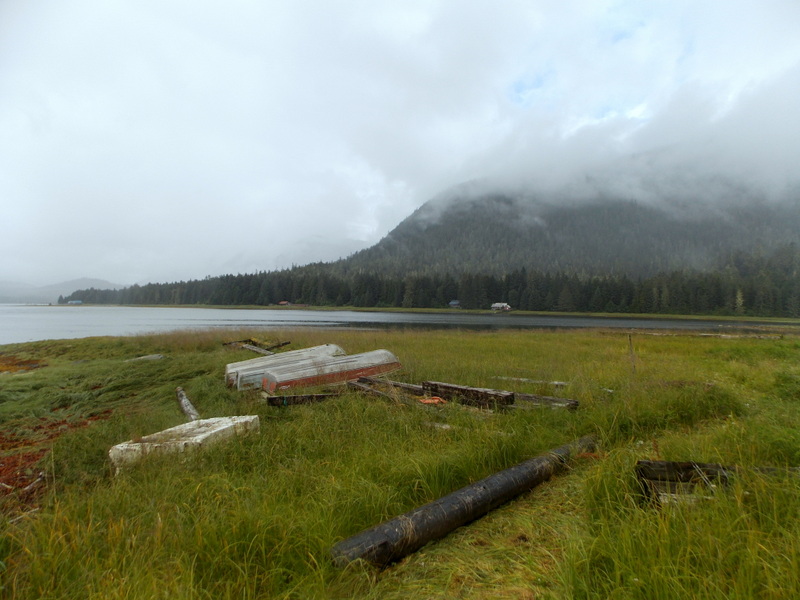 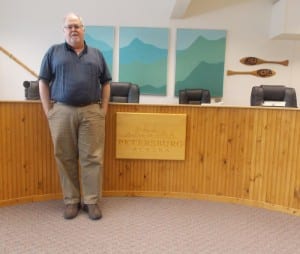 Steve Giesbrecht stand in front of the Borough of Petersburg logo in the Assembly chambers. (Joe Sykes)

“Kupreanof is Petersburg’s playland and we love it,” he said.

He wants people to enjoy the trails which, he says, make Kupreanof so special. He says historically there has been some bad feeling between the two communities but he wants to put that all in the past.

“There was some disagreement over the Borough thing but as far as Kupreanof is concerned that’s behind us,” he said. “The people voted, they voted for it, we’ve got a borough and we need to look forward and move forward and do our thing.”

And he says the Borough formation means Kupreanof and Petersburg are really just two parts of the same whole.

“We just happen to be an incorporated city within the borough,” he said.

And Steve Giesbrecht says their proximity should make people realize they need to work together.

“We’re awful close in a big world and we are probably better off being friends than we are antagonists,” he said.

While both men understand there have been and there will be future points of contention they envision a future of hope not hate for the two communities on either side of the Wrangell Narrows.